Trade with One Man's Junk (Wax)


Nope, I haven't dropped dead, just my posting level.  Readership has never been anything anyway, so this is pretty much for my own entertainment.

Sent a stack of 2014 Topps and some bonus Dallas Cowboys to Jeff at One Man's Junk (Wax) blog.  In return, I got two white envelope "sheet strip specials" as I call them, full of 1992 Topps baseball.  He had sent another envelope full of older Redskins a couple weeks ago. 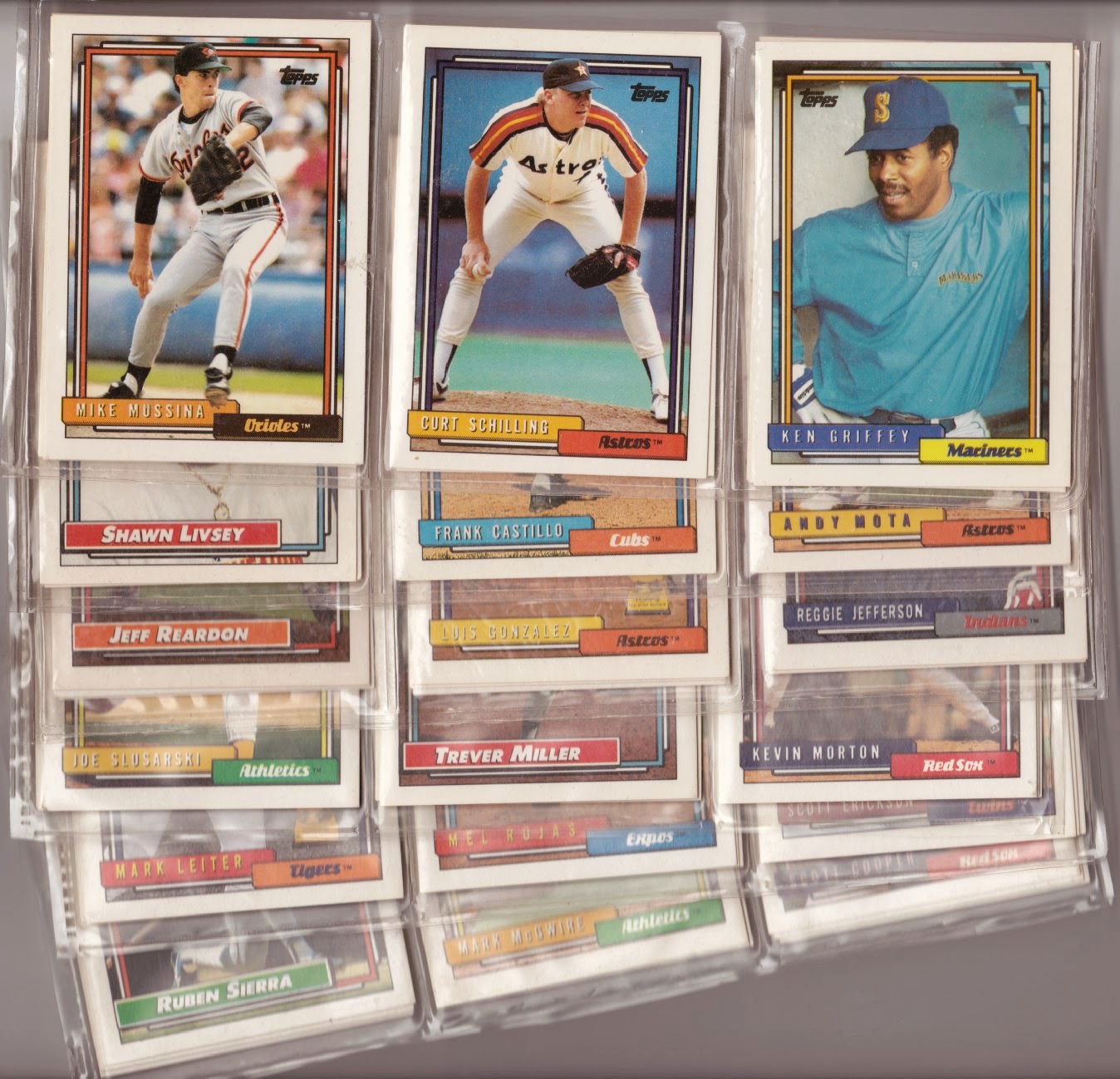 This is our second trade.  The first time he sent me a Stephen Pearcy autograph in exchange for two Angels gamers.   Hope we keep going, though now he says he jinxed the Cowboys by trading with the enemy ~ me!
Posted by GCA at 8:14 PM No comments:
Labels: blogger trades
Newer Posts Older Posts Home
Subscribe to: Posts (Atom)