Since I have over 60 baseball player collections, I was really up for Diamond King's A-Z Player Challenge.  There aren't a lot of HoF'ers in my list, so I won't be picking a lot of the "chalk" players - this is a "favorite" list, not a "best" list, right?

I had this list mapped out and just needed to add the card images when I hit Undo and suddenly the whole post was wiped out (and instantly autosaved to prevent any chance of recovery!)  So call this the 2.0 edition.

Actually, I like Wrigley Wax's approach - just the images and blurbs, no titles. 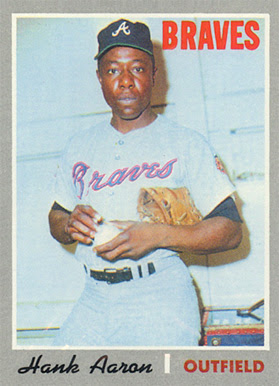 And of course, I start off with a big "chalk" pick.  If it was just about cards, I might say Garrett Anderson (I know someone with a PC), or the Alou brothers.  But Hank was a pillar of the game, and such a class act that I can't deny him. 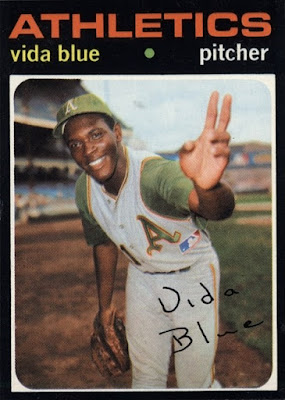 Lots of choices here.  In my PC's I have Paul Blair, Dusty Baker, Don Baylor, Nelson Briles, Bob Bailor, Bobby Bonds, Larry Bowa, Ollie Brown and Pookie Bernstine.  Vida's got the unique name and one of the bigger "cool factors". 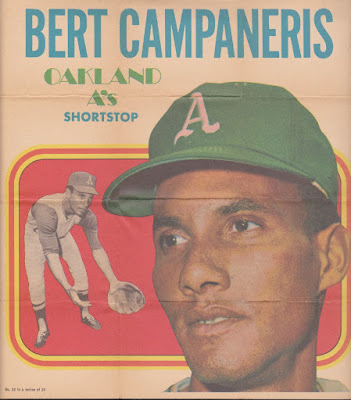 Keeping with the Oakland theme, Campy edges out Cesar Cedeno and Cecil Cooper (even though he's not a double C).  Played all 9 positions and another just cool dude. 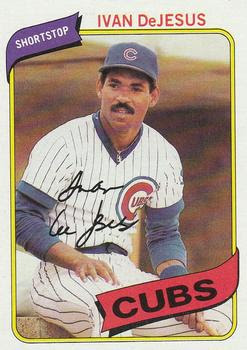 This one was tough.  Coulda said my local favorite Doug DeCinces, but I just like Ivan better.  Not even sure why. He's the first of two generations of major leaguers along with Ivan Jr. 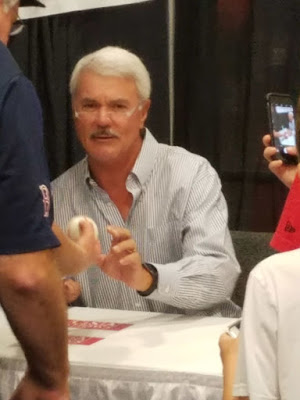 Dwight Evans signing at a show.  (I got Livan Hernandez's sig right next to him.) Back when I liked the Red Sox, Evans was a big part of the team. 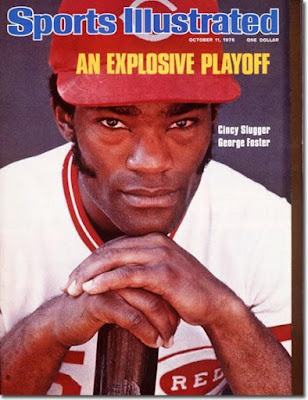 Many choices here too.  Fisk, Ron Fairly, Jim Fregosi (very diverse cardography), and Joe Ferguson round out my PCs.  But no one is as badass as George Foster. I collect Ron Guidry too, but Grich is an Oriole and I got his auto at a National.  (Had to borrow this card for it.) 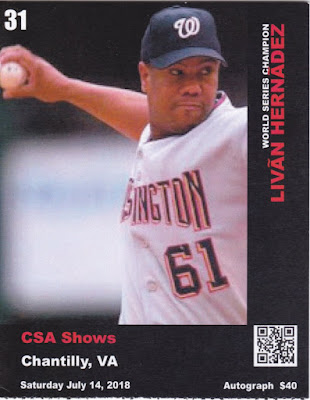 Livan is on of my favorite players, really just because he has an interesting story, and isn't a big flashy star, but just did this thing consistently for years.  Luckily he stayed away from the McDonalds enough to have a good career.

Monte Irvin is another one of those guys that I can't recite their stats or which teams they were on, but just seem like cool dudes and good players - the kind I tend to make player collections out of, instead of the huge superstars. 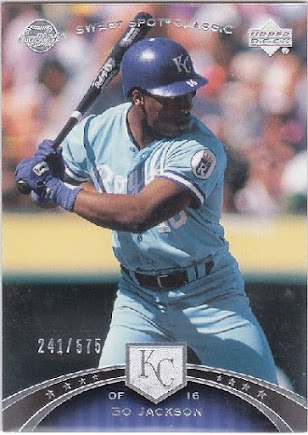 Even just with guys named Jackson, there are several good calls here, but even though I didn't see a lot of him live, I like Bo best. 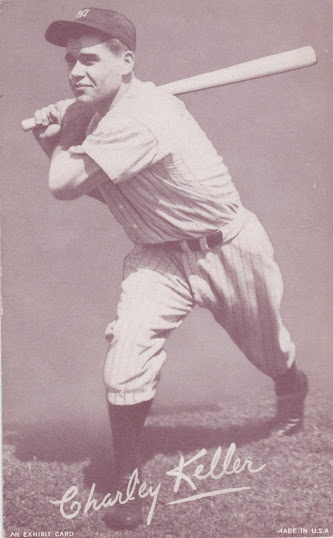 This one's from my association with his nephew in real life. 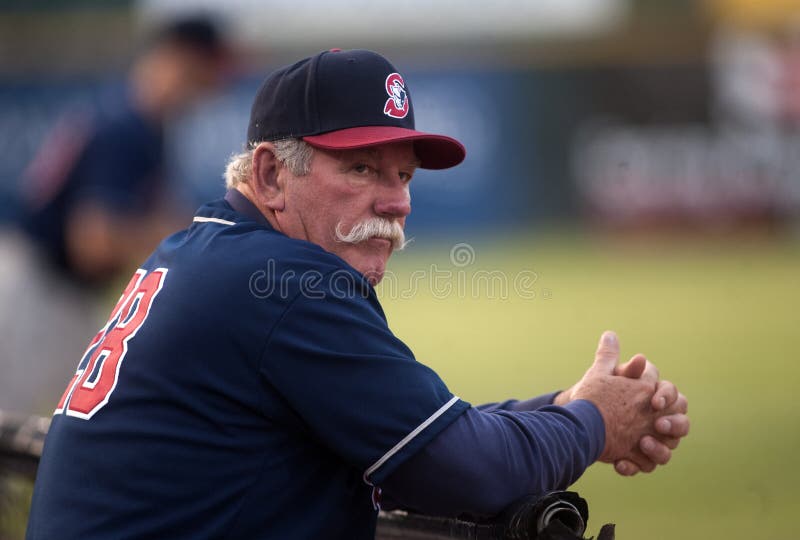 Sparky Lyle is my pick over some worthy Tigers LeFlore and Lolich.  His minor league manager cards are really neat.  Just have to find more of them. 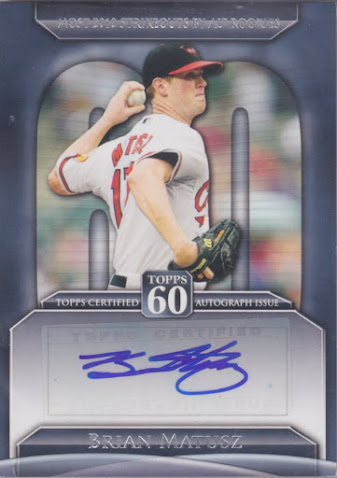 Brian Matusz is another quirky PC.  When he was with the local minor league Frederick Keys, he lived at the property my best friend managed.  I saw his debut at Comerica Park against the Tigers. You would think N wouldn't be one of the letters that didn't have many choices, but it was one of the hardest for me to come up with viable candidates.  Newk was a clear winner. 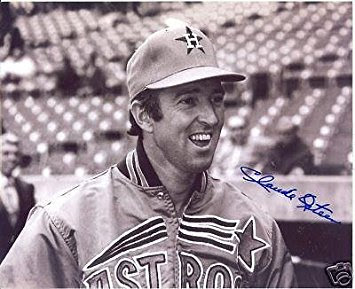 Claude Osteen is an unusual pick, but he was the nicest guy when I met him at a Chantilly show, and he signed just the same even though he was getting to an advanced age. 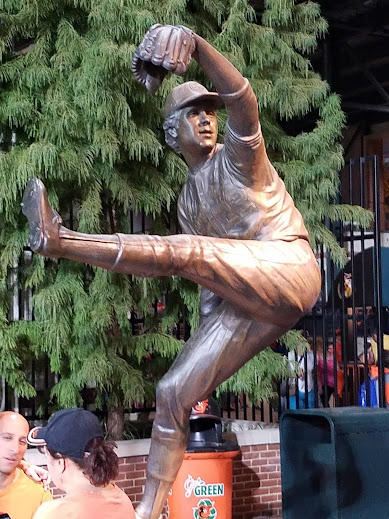 Jim Palmer is one of my few HOF superstar PCs.  But he's one of the big Oriole greats and I've met him a couple times.  There are guys I like a bit better, but Palmer is still contributing to the game as a quality broadcaster (even though the team isn't). 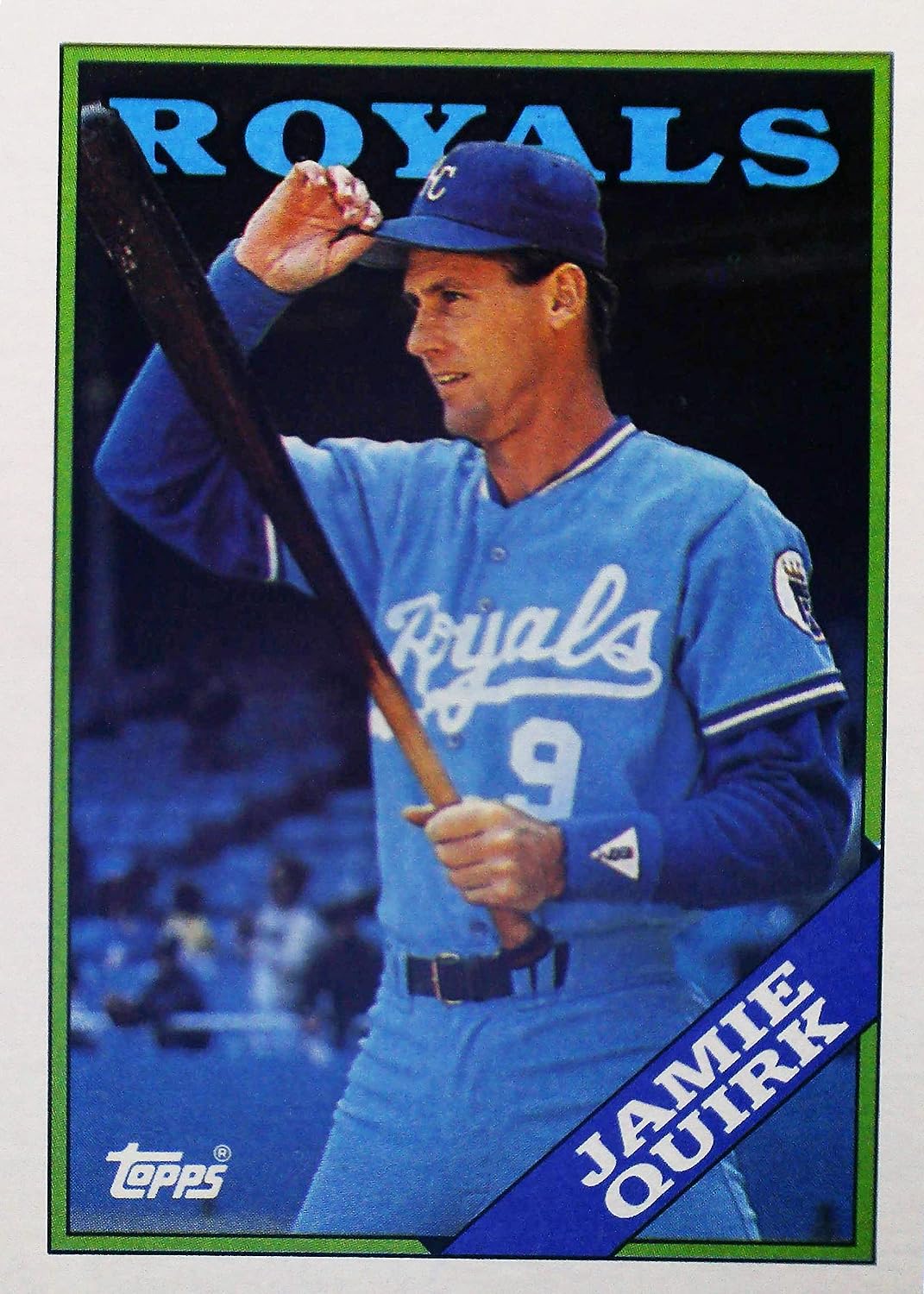 Had to go with Jamie Quirk.  Was never a fan of Quisenberry, even though he sorta pioneered the crazy sidearm technique.  And look at all that blue! 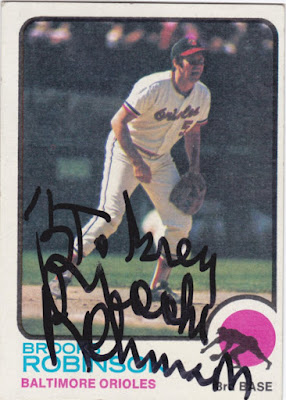 Gotta stick with the Oriole greats even over my card PCs. 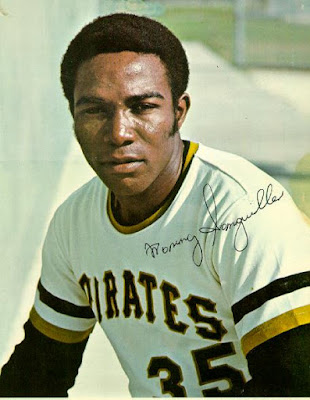 Manny Sanguillen is one of the best autograph guests ever.  And the nicest guy, even though he's showing his badass side here. 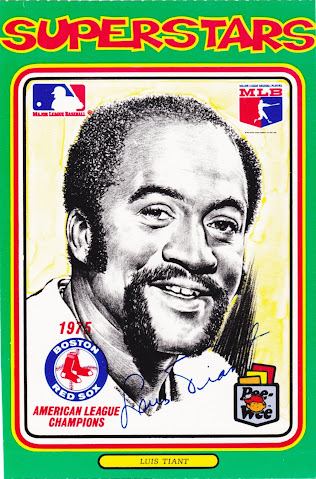 Luis Tiant is my #1 PC.  Such a great family man and fun player and cool dude.  What else ya want?  Though when I met him at a show, he seemed like he wasn't having a good day. 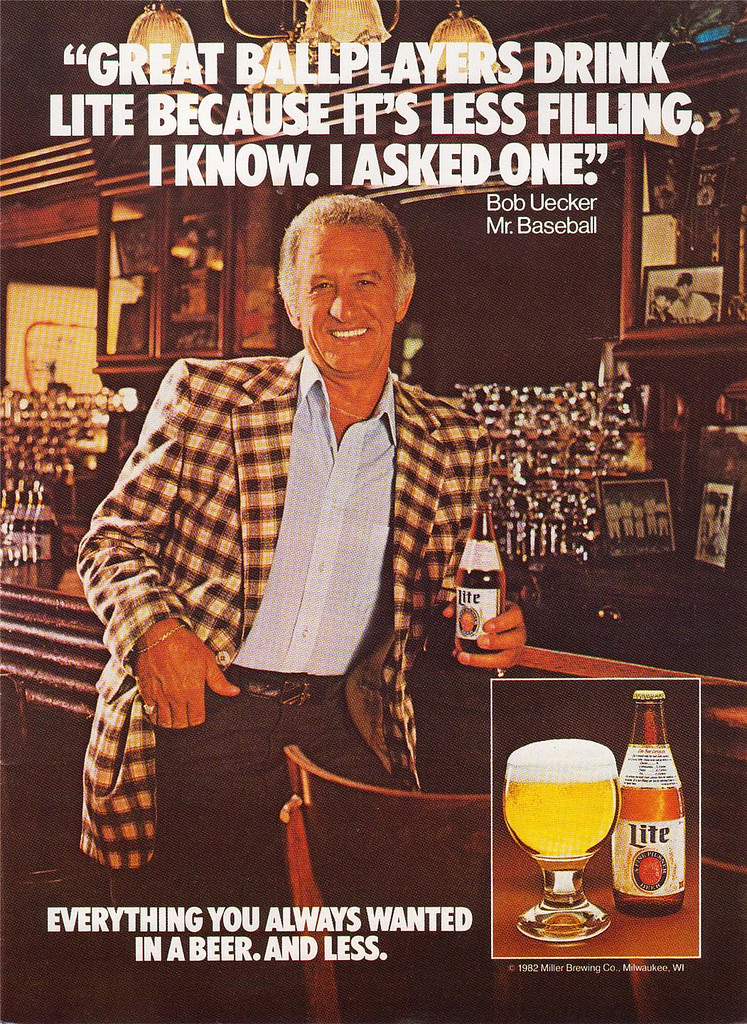 How can you not go with Uecker?  Just for the entertainment value alone. 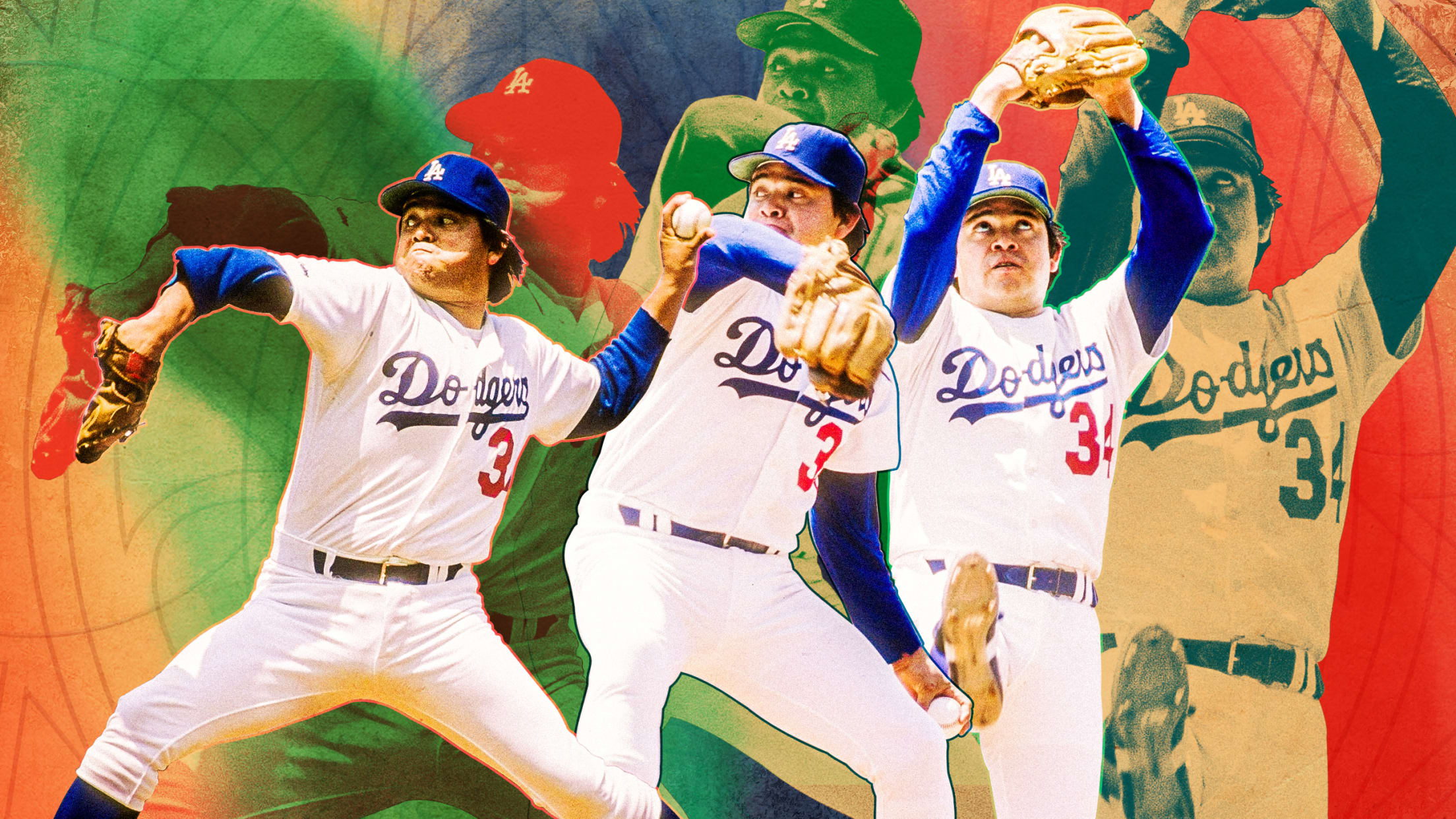 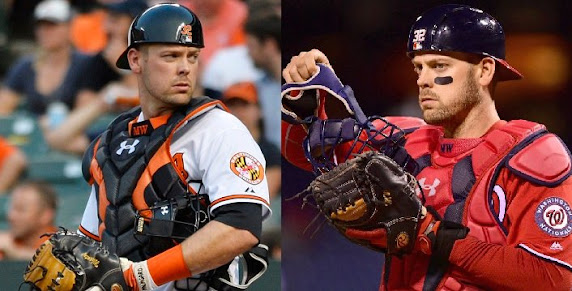 Wieters over Winfield.  Hey, he played for both my local teams!  I know, Williams, Wagner, etc. but this is favorites, not famous. 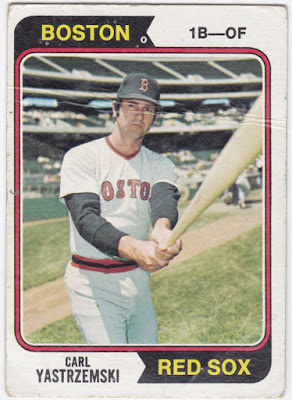 This is one of the first cards I ever owned.  Plus I know a guy that collects him exclusively, (and Mike).  And Steve Yeager just isn't Yaz. Ryan Zimmerman is the face of the Nationals for their whole existence.  And he won a championship with them.  'Nuff said.
Posted by GCA at 8:00 AM 8 comments:
Labels: A-Z challenge, player collections
Newer Posts Older Posts Home
Subscribe to: Posts (Atom)