Like something out of the Matchbox 20 song, I was up late Friday night on eBay.  I found a seller that was offering 40% off (actually two, the other was giving essentially the same deal - buy 4 get 2 free and I didn't notice it was different sellers until later), so I was racking up items in my cart.  There were tons of the "pick" type auctions from different sets, parallels, and inserts with long lists of cards to choose from.  I racked up $125 worth of stuff before I compared listings on SportLots and threw more than half of it back.  I ended up with 57 items from the one seller and 27 from the other.

I was literally up until 3AM.

I got the smaller order today (Monday) after work.  Seller richindeals7 sent all this:

Three out of the last five to finish 2015 Topps Field Access.  This was a tough set to fill out.  I've got Drew Brees coming from the bigger order, so I'm finally down to card #1 - you guessed it - Mr. Brady. 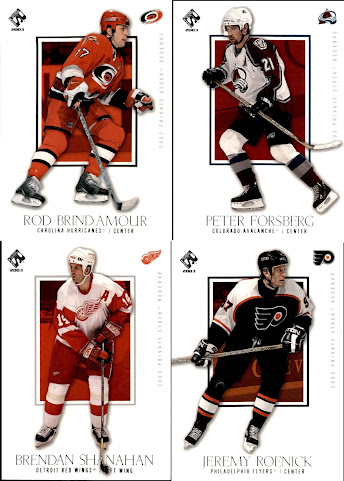 The final four to kill 2002-03 Pacific Private Stock, my all-time favorite hockey set.  Well, it's at least the last ones to finish the first part of the base set that aren't jersey cards or serial numbered rookies.  So that's something. 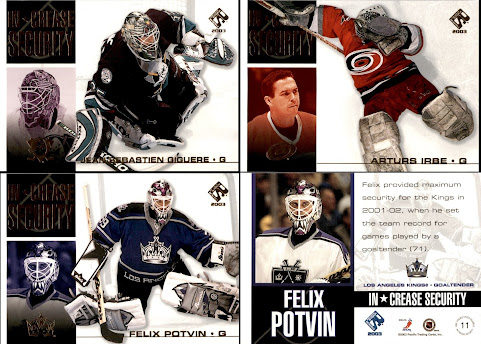 And as a bonus, also got the last three InCrease Security inserts.  Goalie inserts rule.  There's the back of the Potvin to balance the image and because the scans obscure the gold foil. 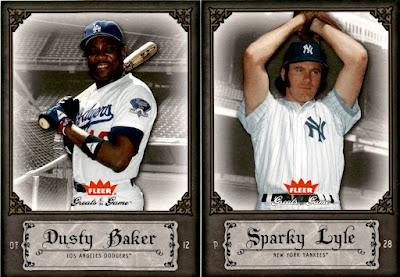 Now moving to baseball, but not for sets.  These will all be for player collections.  Knocked off a pair of pewter parallels (say that three times fast) from 2006 Fleer Greats.  They'll go with each player's other cards.  I need a few inserts for the set, but I'm not trying for the parallel sets. 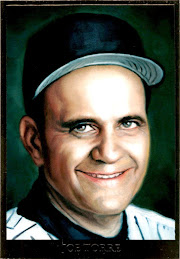 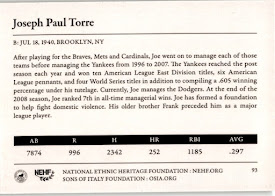 This is an unusual one.  Torre completed the list of Italian American players from this set from which I also had Gene Tenace, Doug DeCinces, and Joe Ferguson.  The border is gold foil. 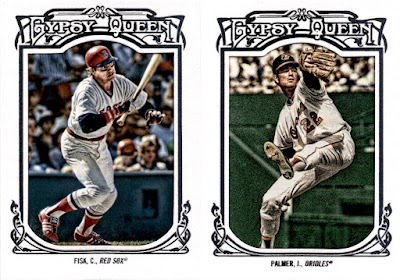 Picked up my two HOF'er guys from the 2013 white bordered Gypsy Queens. 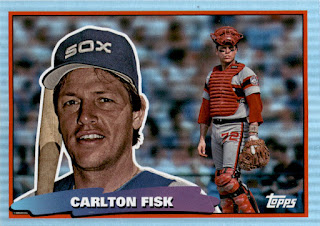 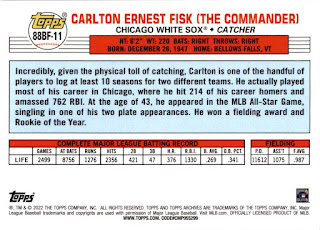 Got a second Fisk from the regulation-sized and shiny '88 Big from Archives. 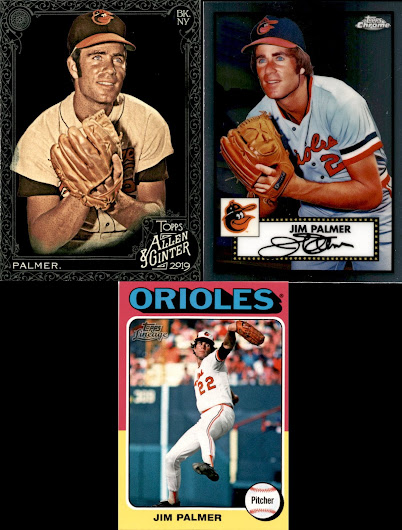 As for Palmer, got his Ginter X from 2019 and the more recent Chrome Platinum Anniversary.  I keep finding more of my PC guys in there.  Also found the '75 mini from 2011 Lineage. 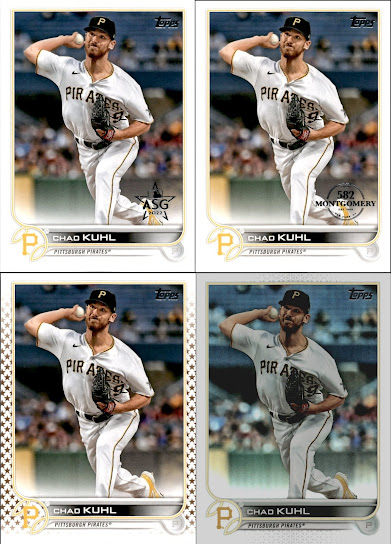 Quintupling my total 2022 Topps cards, these four stamped, starred or shiny parallels to my only active player collection, Chad Kuhl.  I didn't even know about these until I searched him while shopping.  Got the All-Star game and Montgomery stamps, the gold stars, and rainbow foil, which scanned very weird.  I tweaked it a little to look more like shiny. 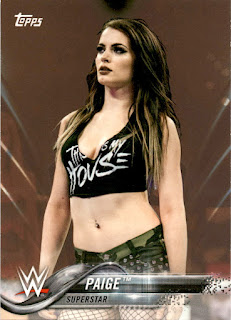 Saving the treats for the end, here's the bronze version of Paige's 2018 WWE card.  I have the base, but she's such a hottie, why not get a few from the rainbow? 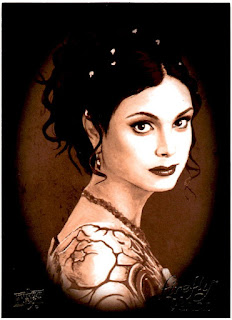 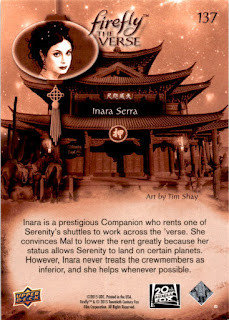 And now the most obscure but most elegant card in the whole night's chase.  A rendering of Morena Baccarin as Inara Serra from Firefly.  This set is called "The Verse" which I believe is short for The Universe in Firefly-speak.  She qualifies for Ms. Universe for sure.  I have no words otherwise.

Stay tuned for the other order, and I should try to piece together images from a couple more batches that I've already received and put away from other sources.

I calculated a few years ago that my card related posts were about 100 less than the total posts, so this might be 600-ish in the cardboard sense, but it's easier to just watch the Blogger counter.

So I haven't changed much about the layout of the blog for a few years.  I added the buttons for COMC and SCF, linked to my latest card room post ("Meanwhile...), and changed around the graphics about rookie card propaganda and my profile.  But since I revamped the banner in 2018, and again in late 2019, not much has changed about the overall look.

Now I've gone from this: 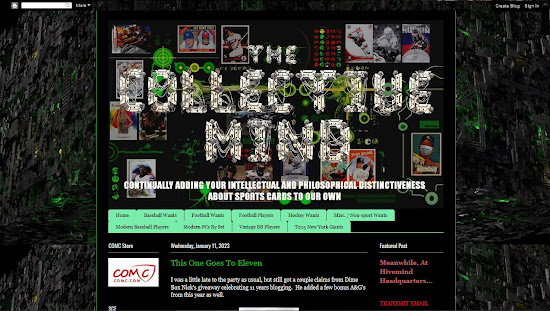 The background (down the sides) is more muted, but cooler looking IMO.  It took some tweaking to get it to fill both sides.  I actually split the image of the cube and streched the middle out - it's actually black behind the post area.  Depending on your screen resolution, you might see beyond the cube (at like 1920 x 1080), but mine is set to 1600 x 900 in this capture.  Mobile users won't see much of the sides at all.

I'm also going to fiddle with the side items a little more.  Just have to finish editing this post to get back to the layout controls.

Most of the links show up as the visited color - the muted red (which I adjusted to not be so washed out) - on my screen.  This offsets the list of other blogs and the Previous Transmissions nicely, but on the actual blog that you guys see, it's a LOT of red text.

What do you think of the (new) look? 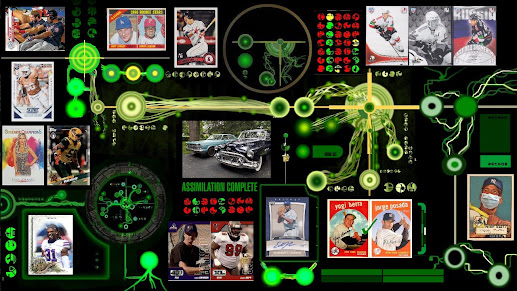 Here's the unmuted background.  I tried to put the card images in places that wouldn't be covered up by the titles so much this time.  And I used significant images from the last couple years, especially the masked Mantle, the Russian hockey cards, and the custom Hamlin.  The Rev'd Up in the top left corner is a rainbow collection, the Grant Jackson rookie was a long hunt that ended well, and the Paige Spiranac is a recent acquisition.  I realized last week that I haven't ever finished the Heritage Pairs series that I started in 2020.  Would you like to see it continue?

In honor of the milestone post number, I'm going to figure out some sort of giveaway, which I've mentioned before, I think.  I have so much stuff I'd like to move and I know certain people can use, but I want to limit - or at least give first dibs - to those of you that have been loyal readers and commenters.  The trick is matching you to the right stuff in an efficient manner.  Stay tuned....

This One Goes To Eleven

I was a little late to the party as usual, but still got a couple claims from Dime Box Nick's giveaway celebrating 11 years blogging.  He added a few bonus A&G's from this year as well. 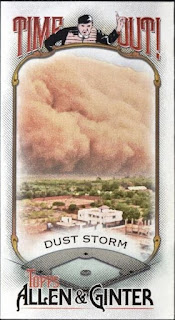 Mini inserts like this are what makes Ginter the best product out there.  Time Out! is a series of events that delayed baseball games over the years.  What an original concept yet still a facet of the game. 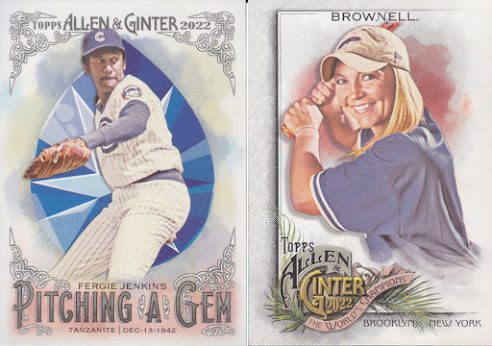 Another neat theme - Pitching a Gem with birthstones.  And a non-MLB but still ballplayer and fitness trainer. 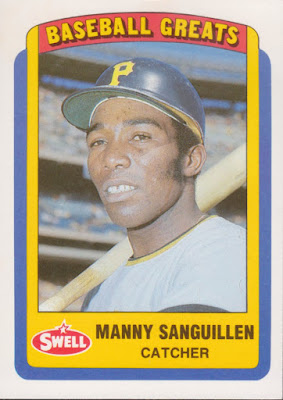 I still have to check to see if I'm actually missing this one in my Manny collection.  Figured it's worth a shot though.  These Swells really are swell and have so many of my PC guys. 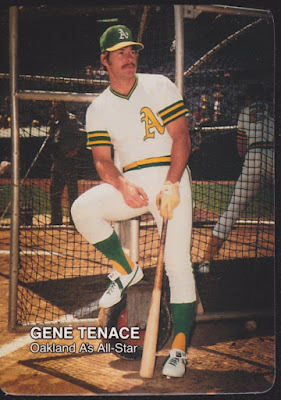 Finally, a Mother's Cookies of the more-fan-favorite-than-All-Star Gene Tenace.  I don't see Mother's too often in the wild around here.  Always nice to snag one.

The PWE with the thick toploader apparently had issues on the way here.  But everything was intact. 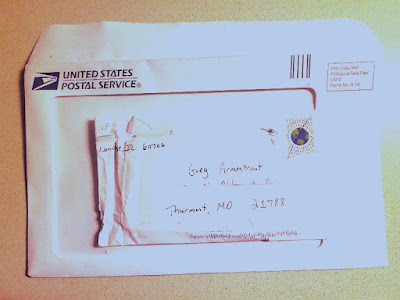 Thanks Nick!  Here's to making it "one louder" all this time! 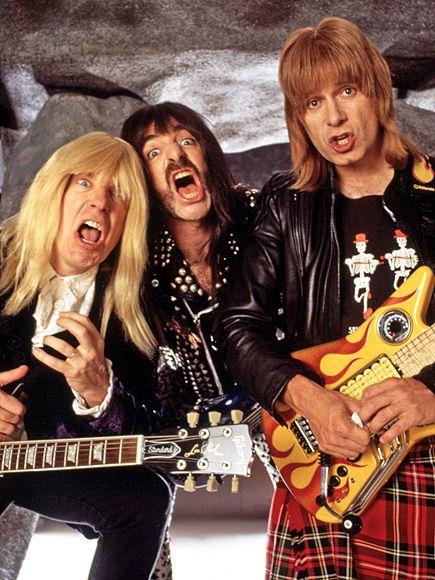 It's now the 35th Anniversary of my 21st birthday.  (Well, at this writing, it's ten til midnight, so I gotta hurry.)  To commemorate the occasion, I shall continue the tradition of diverting the view from myself to much more attractive celebrants again.

But before I get into that, here's a quick visual list of all the well-known famous people with whom I share a birthday.  At least the ones I recognize. 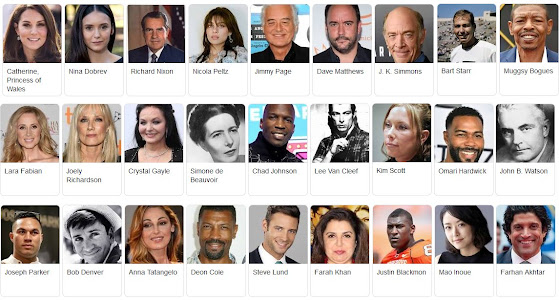 But we really just want to celebrate the first two... 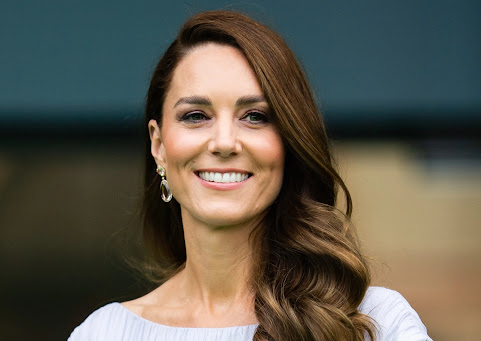 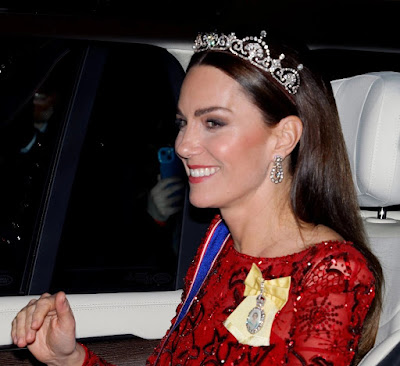 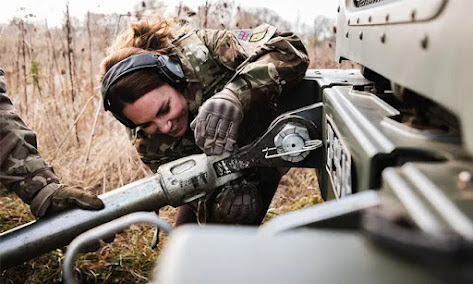 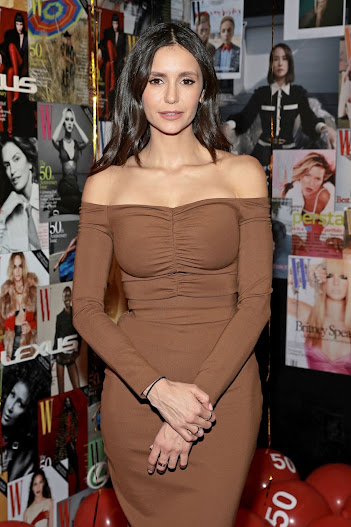 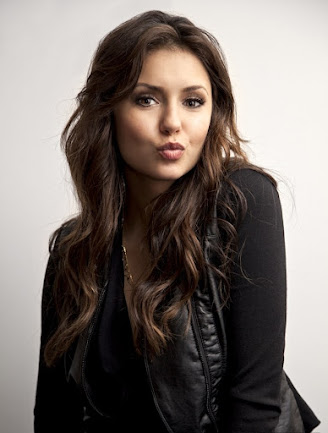 The half dozen people that responded favorably to my custom A&G cards of Malika Andrews inspired me to create some more.  I'll call them Ginter Gap cards, since they are subjects that Ginter didn't include.

Today's subject is a guy that's on a lot of people's minds. 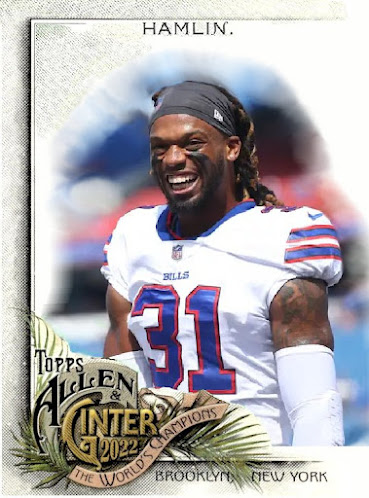 So great to hear he's awake, and talking without the breathing tube and looks to be heading toward a full recovery.  A remarkable story.