My silence the last couple weeks was planned.  I left on vacation overnight on Monday the 25th of July for the west coast.  Second year in a row, but this time it wasn't to buy a car. 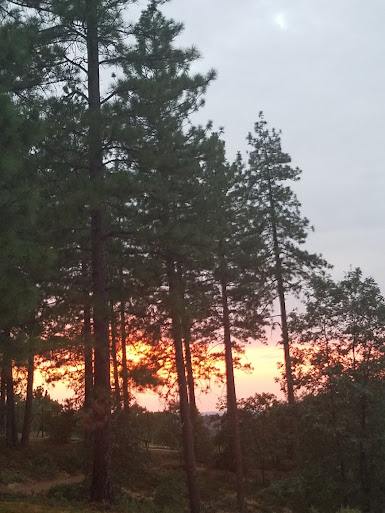 I've got family that live in the Sierra Foothills.  It was nice reconnecting with them and some other cousins from the Northwest area. 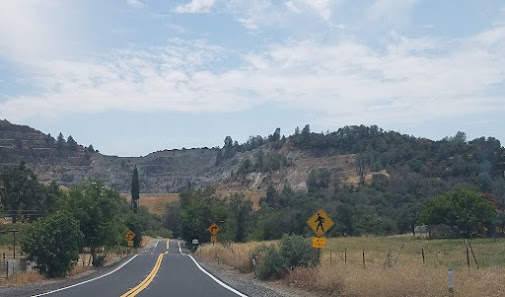 They're up in the Gold Rush country in Calaveras County.  It was over 100° several days.  But I liked that better than 90° and high humidity over here in the East. 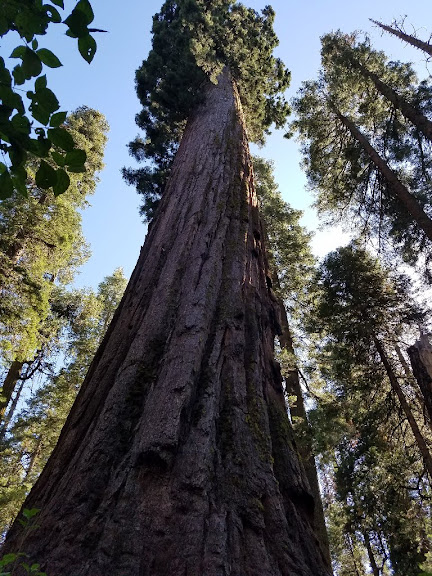 They're just down the road from the Big Trees State Park.  Pretty impressive. 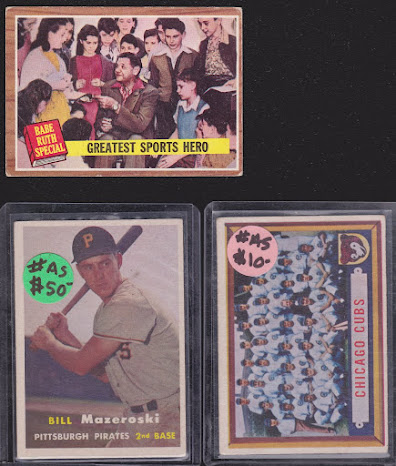 Managed to find a few cards in an antique store in one of the little towns we visited.  Ruth and the Cubs were the same price.  There was a whole 16" long box os HOFers and stars.  There are a lot of card shops back near Stockton, but I was too far away. 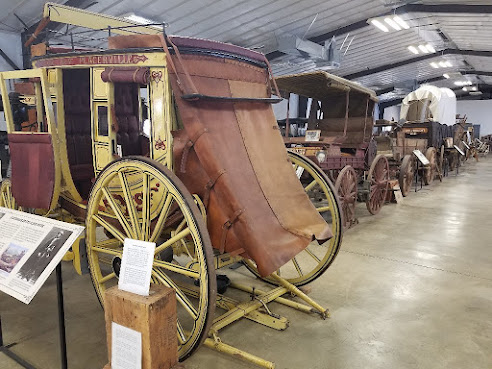 Saw a lot of stuff about the Gold Rush era and how they lived and got around in the late 1800's. 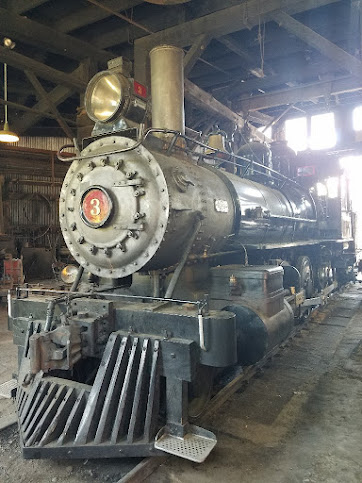 Including the steam trains that are still running.  They use these in a lot of movies and television shows.  This particular one was in Back to The Future III.  We were also in Columbia Park, which is a period town that is preserved largely as it was and was also used in the movie. 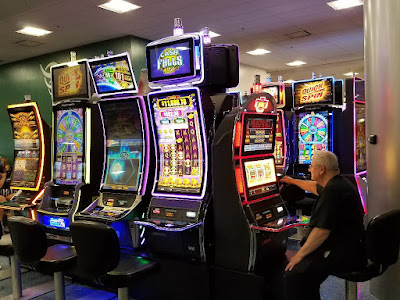 We had a layover in Vegas on the return flight.  I stopped in the Raider Nation store while my uncle played a few machines.

I suspect that stop is what led to the rest of my time off... 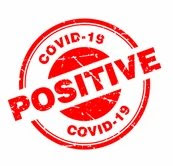 About three days after I came back, I was home from work and had gone to the grocery store (masked).  I put everything away and went to lay down.  About 6 pm, I tried to get up, but the room was spinning so hard I couldn't walk.  I struggled to move downstairs to try to eat something, but it just wasn't getting any better.  Sparing you the gory details, I got sick a few times and finally called for an ambulance about 10 o'clock.

They gave me something for the dizziness and sent me for a CT scan. I had told them I hadn't been tested for COVID in a while and had just traveled.  It turned out positive.  I stayed overnight for observation and felt a lot better after a couple days.  I've been home on ten day quarantine ever since.  Today is the last day.  I just did a home test and it came out negative.👍

The upside of my quarantine is that I finally had a chance to binge watch Star Trek: Discovery so I can then get on board with ST: Strange New Worlds.  I'm on Season 2.  I have the first two seasons on Blu-Ray disc.  For the seasons after that, I'll use Paramount streaming.

Have just now started reading blogs again.  I had a trade or two in the works, but I won't start handling too many cards until next week when I'm free & clear of the virus.

I'm pretty sure all of my submitted cards are now on sale on COMC.  I've sold 18 cards so far for a total of about $66, and I spent last night picking out cards I need that they can ship me.  It went up to the wire (August 11 deadline) for them to get everything up, even though the last bunch was from the same sets that went up earlier.  I really don't understand their process. But for now, I'll just see how much I can move before they start charging me for storage.

I am not looking forward to getting up early Monday morning....

Our last stop on the Power Tour was two days (Friday & Saturday) at the tri-annual show at Dulles Expo Center in Chantilly.

With one exception, I haven't really broken down my hauls by dealer.  You may recognize some of the price markings from Uncle Dick's among the groups shown here. 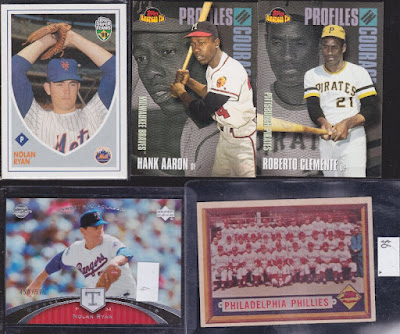 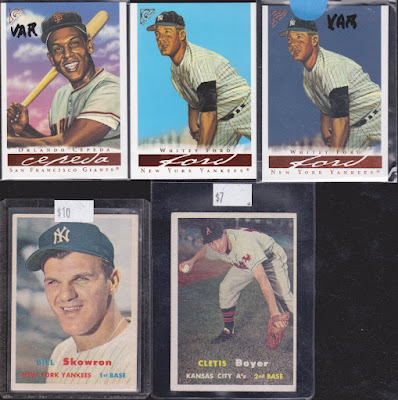 I'll lead off with the one separate purchase I scanned.  A very eclectic mix from the guy I call Brother Mike.  He's got an email mailing list that keeps you informed of where he is at all the local shows.  And he always works with you on prices.  I snagged up a couple inserts and base cards from Topps Super Teams, American Pie, '07 Sweet Spot Classic, and Topps Gallery HOF.  I'm down to only one of those Gallery variations now (#38 Bucky Harris with the red W on his sleeve).  I got about a dozen of them from Mike before.  Also found a couple nice '57 semistars and the Phillies team. 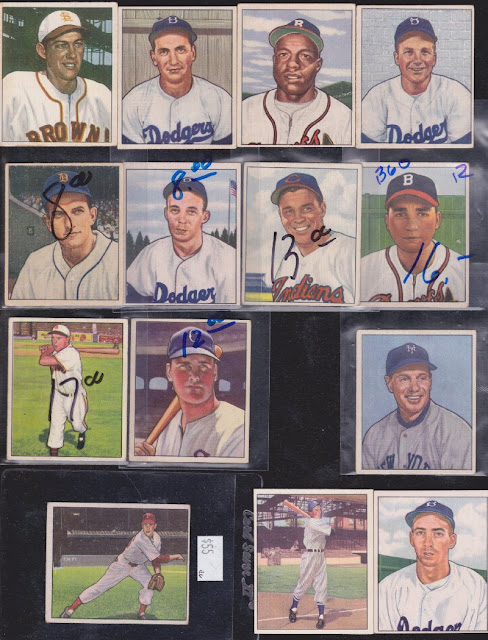 Ramped up my '50 Bowman purchases.  The Robin Roberts is an upgrade.  I'm at the point where it's time to bite the bullet on some of the more expensive missing ones.  The top four were still less than $10 each and the others were within the pre-boom price range. 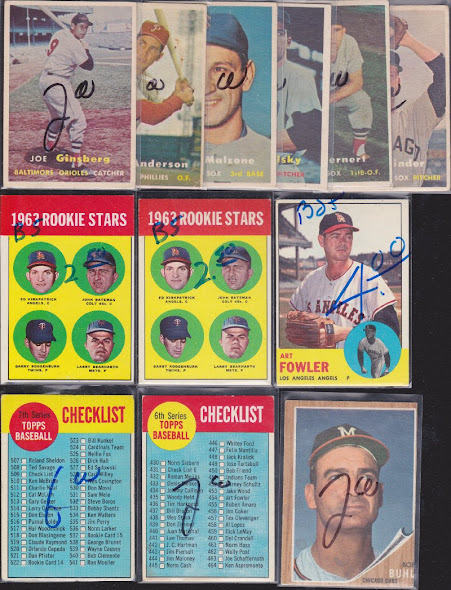 These are all from Uncle Dick's too.  I'm starting my '62 and '63 builds with the variations even though I haven't officially started the sets.  Will wait until '64 is done and '57 is close until that happens.  But it's nice to have a lot of the odd ones out of the way. 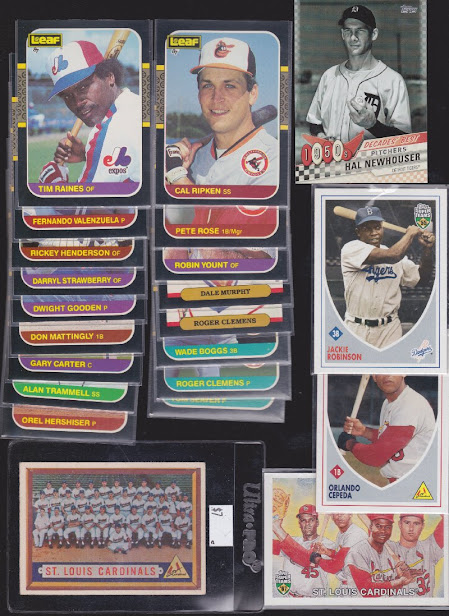 Stuart hooked me up with Hal and the Leaf stars (for a setbuild later).  I did well on Super Teams this trip. 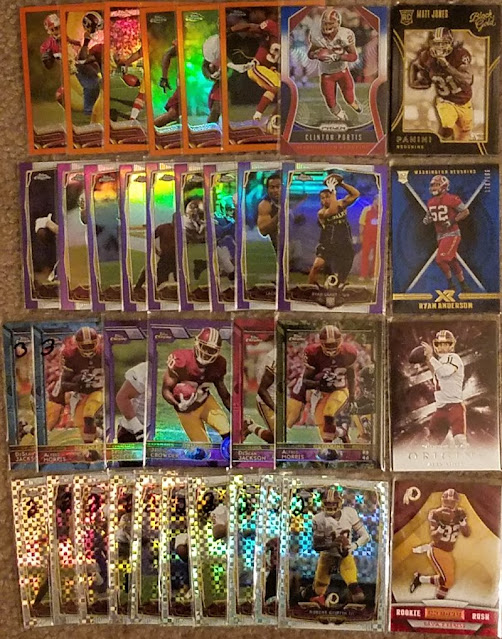 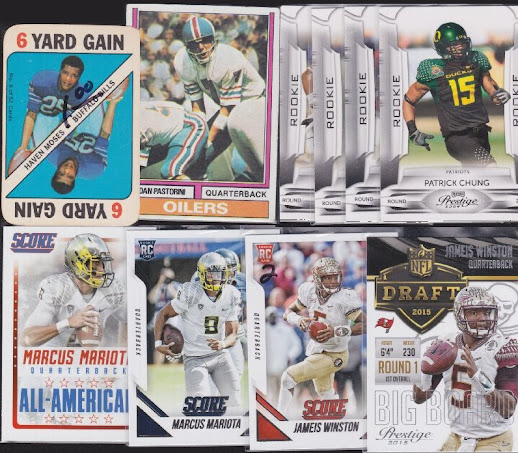 Found a dealer with a ton of quarter boxes full of chrome parallels, so I dove in on some Washington batches that I was lacking otherwise.  Also was shocked to find some of the premiere rookies from my 2015 Score set build in there too!.  Moses and Pastorini were from other buys. More quarter box shinies and some vintage Washington.  Mr. James is an upgrade, and I ended up having more of those 4-in-1s than I realized.  Luckily I only bought one duplicate. 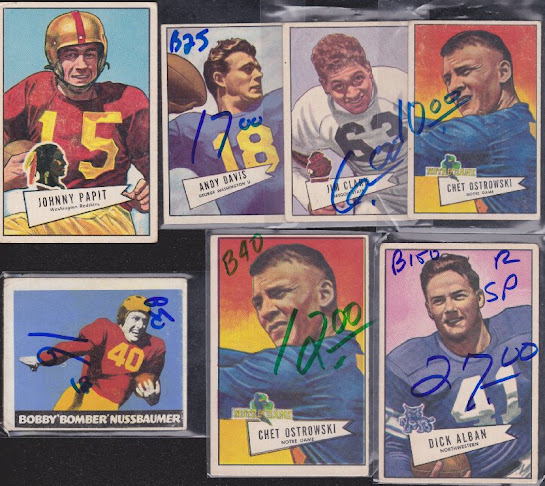 Going way back into the early 50's to finally knock out some of the older Washington needs.  Bowman larges and smalls that I finally pulled the trigger on.  Chet O I hadn't seen before.  Makes it tough when they are still listed with their colleges. 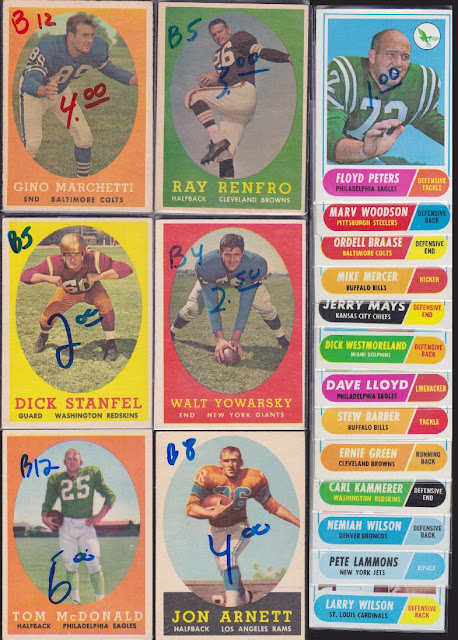 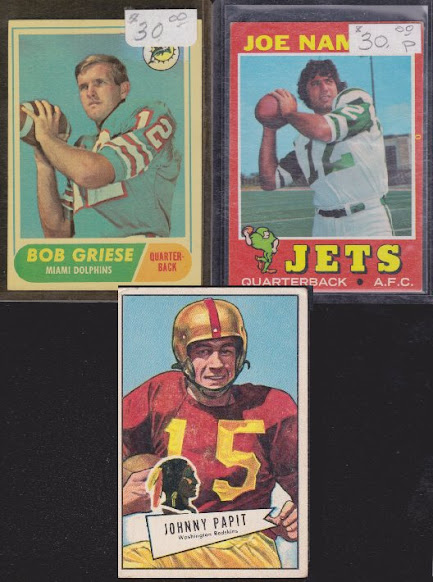 Got these three for like $60 total from and older couple.  I thought it was a great deal even though the wife was a bit sheepish about the offer.  Griese is fine, he's just in a tinted top loader. 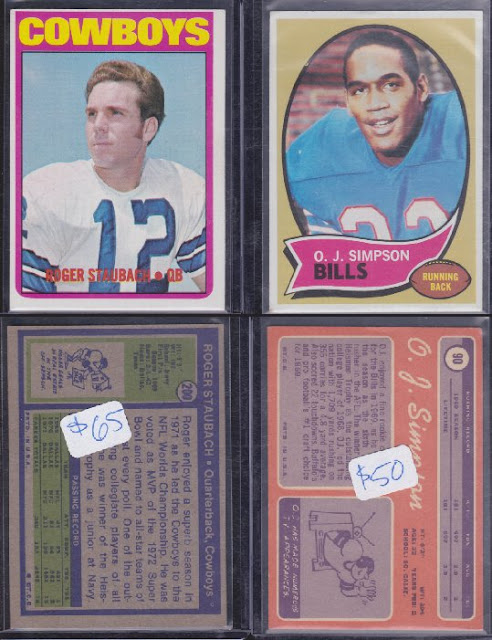 And finally, the bargains of the day.  A young guy had mostly graded newer stuff, but there was one little box of vintage stars - a handful at most.  I saw these two and heard Hallelujah music in my head.  I said to him "Wow, are these because you don't do a lot of vintage?"  He replied that he had just looked around and figured out a good price for them.  I jumped.  Had one of my dealer friends inspect them just to be sure.  Effectively kills both sets.  I only need the Calvin Hill black name variation for '70.  And of course those short prints at the end of '72 are basically a fantasy.

Thanks for coming along on the Power Tour!