Cardboard OCD Chapter 1: Are you a front- or a back-flapper?

Whenever I get a package or shipment from a trade or online order, I notice how the cards are packaged.  Unless it's a huge lot that is loose in a white box, there are normally team bags that can be wrapped in top loaders or other protective means and attached with clear (Scotch) or painter's tape.

But the most fundamental difference that I see is how the cards are placed in the bags.  Now the attention I'm speaking of usually lasts about three seconds until I open the bag to see what's inside.  I don't actually make it a major point to see which way the stuff is bagged, but in the brief time between pulling them out of the packaging and opening them up, I note how it's done.

There are two, uh, techniques if you will.  One with the team bag flap stuck on the back side of the stack, and one with it stuck on the front. 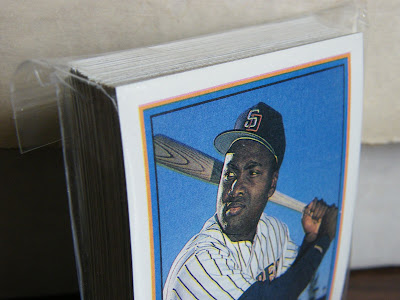 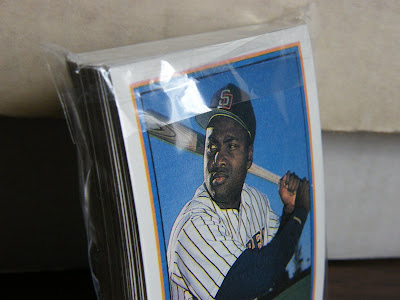 I personally prefer the flap in the back.  It's a cleaner presentation.  You can clearly see the card in the front with no interference from the packaging.

I suppose the front-flap people figure since you're looking at the front of the first card already, you don't have to flip the stack over to open it.

Like I said, this is all very fundamental and takes much longer to read about then to actually think about when you're doing it.  Some of you are saying "He really needs to get out more..."

So which are you?