The birthdays keep coming faster than I can take the time to create a real card related post.  I promise there will be something between these that discusses cardboard, or at least sports in general.

May 4th welcomes sports broadcaster Erin Andrews.  She is the standard for sideline reporter babes who actually know what they're talking about and are respected by fans and peers.  She also gets her glam on while hosting Dancing With The Stars on ABC, which she was an actual participant in for one season.  I don't watch the show, so I can't tell you how close she came to winning.

Her most recent noteworthy appearance was as the plaintiff of a lawsuit against a despicable individual who apparently hooked up a camera to her hotel room door and grossly invaded her privacy.  She was awarded a handsome sum, but the emotional and psychological cost remained unpaid.  It's one thing to admire and glamorize a beautiful woman (as these posts do), but to take it to that level is just way over the line and deserving of severe punishment indeed.

Erin is classy, refined, smart and exceptionally beautiful, but in a sort of reserved way.  I remember seeing a talk show hosted by Rich Eisen where he interviewed her.  The camera zoomed in really close to her face, and you could tell she is just absolutely gorgeous even without a lot of makeup or anything. 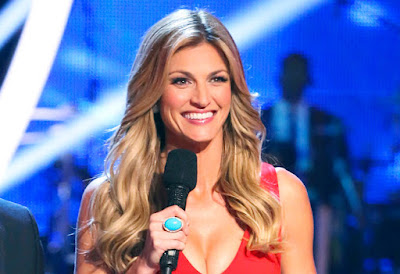 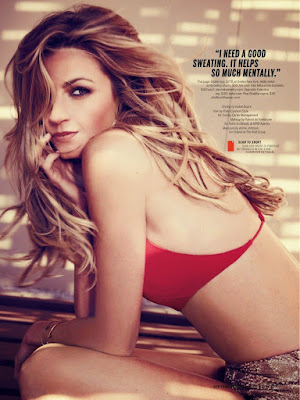 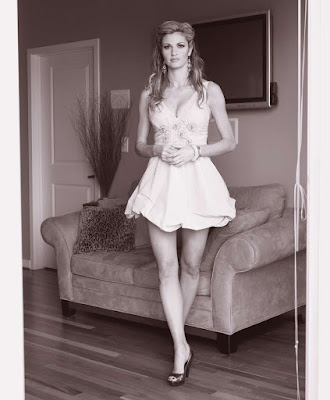 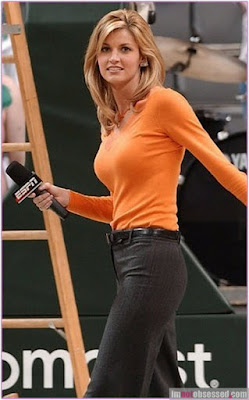 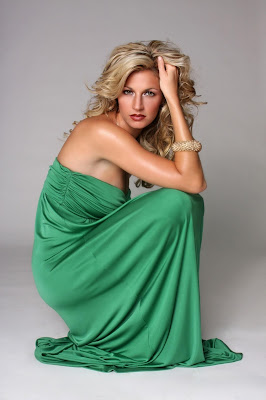