Gillian Taylor: *sarcastic* Don't tell me; you're from outer space.
James T. Kirk: No, I'm from Iowa. I only work in outer space.

The major target of my eBay binge the other week was the three sets of Space Shots cards from Space Ventures, Inc.  I found series 2 and 3 for a nice combo price and picked them up with a couple other odd items that I may show later. 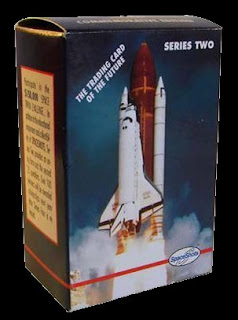 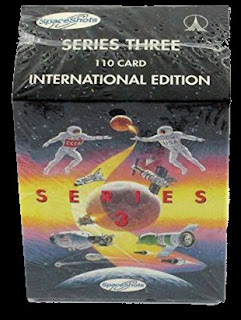 They consist of 110 cards each and cover pretty much every significant program, launch, and accomplishment in space thoroughout history.  Made in 1990 thru 1992, they're nice and clean and printed on standard white stock. 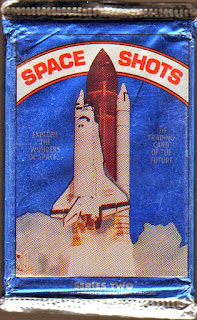 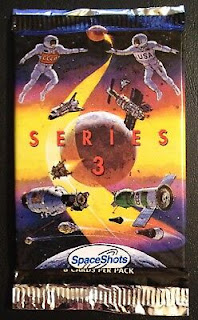 All three series came in wax boxes with packs.  I've never seen a boxed set of series 1, so I think only two and three were boxed sets.  That's how I bought them. 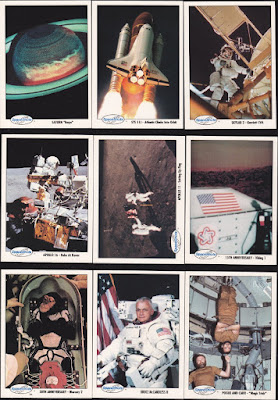 Here are some highlights from series 2.  A lot about the planets, Gemini, Apollo, Soyuz, Skylab, and the Shuttle.  There are cards denoting the anniversaries of a lot of the missions.  And some unusual images of astronaut activities. 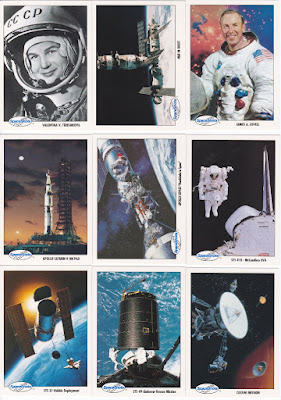 Series 3 is the "International Edition" and highlights a lot of the accomplishments of the USSR, Japan, and other countries.  Of course, a lot of the first people to do things in space were Russians.  There have also been several joint projects between nations. 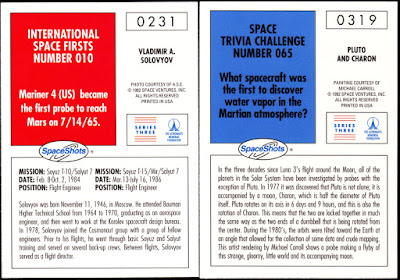 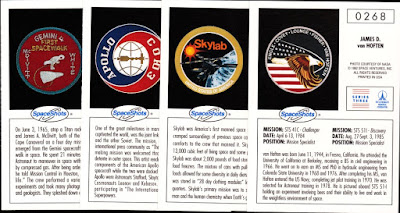 The backs of both series have either patches of the described missions, or trivia challenge questions.  Not sure if there is a list of answers somewhere.  The third series also has International Space Firsts. 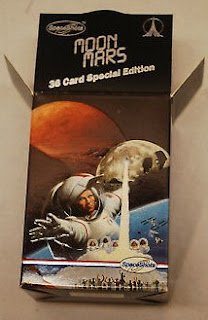 There is also a companion set of 36 embossed cards in the Moon Mars product, which I had before.  Those are more like the old Action Packed football. 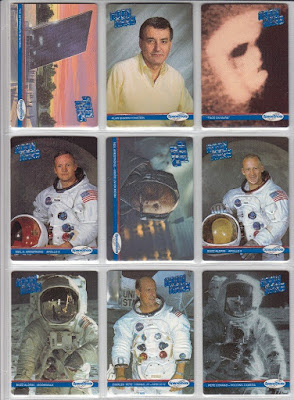 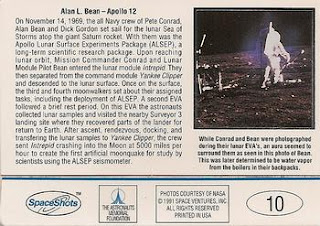 Great additions to my Astronaut binder.

Just have to find Series 1 for a good price.  I've seen wax boxes for $20, but I wasn't sure if I could move the dupes and trade for the rest if I'm missing any.  Anyone else have some or want my dupes if I have to go that route?