Since I haven't seen an overabundance of Ginter breaks on the blogs (I'm probably missing 60% of them since I'm not on Twitter or anything), I'll lead you through a quick look at my other two boxes' contents... 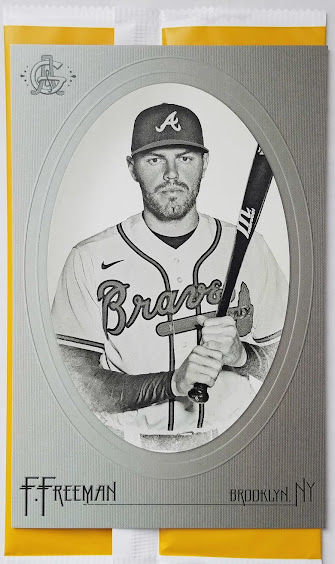 Freeman topped off the second box.  And can top off any trade... 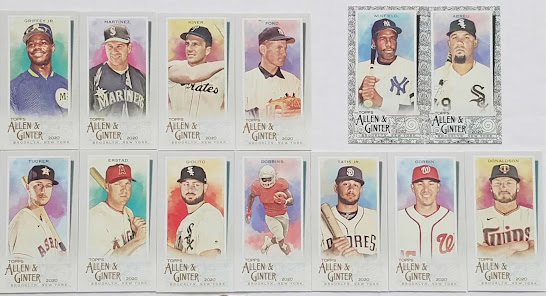 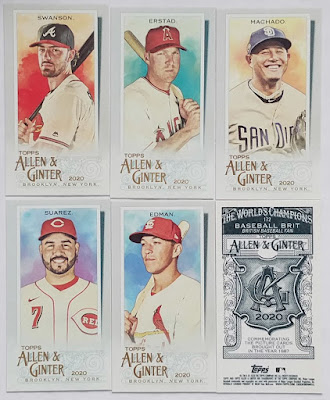 All newer guys in the A&Gs.  And that dude from Great Britain.  I didn't need to see him any more.  Probably a delightful fellow.  Just have no clue who he is.  Contest winner? 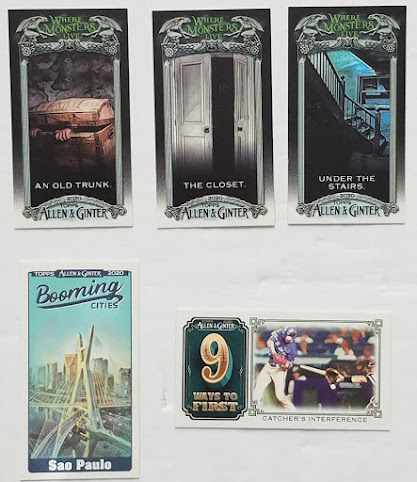 The best of the inserts this year.  Monsters I mentioned last time.  I like the Booming Cities look, and I finally got one of the "9 Ways to First Base", which is the ultimate example of the twists on the familar game themes that Ginter comes up with regularly that flagship wouldn't ever fathom.  Please trade me more of these! 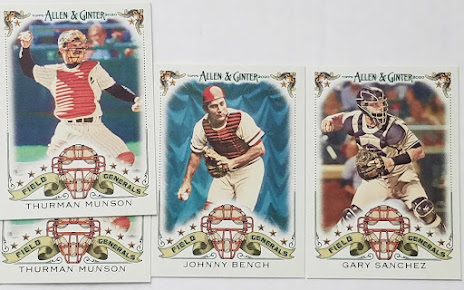 A stroke of luck in the Field Generals - I was going to have to get an extra Munson to send in trade, but got two in the same box!  Worked out very well for both of us! 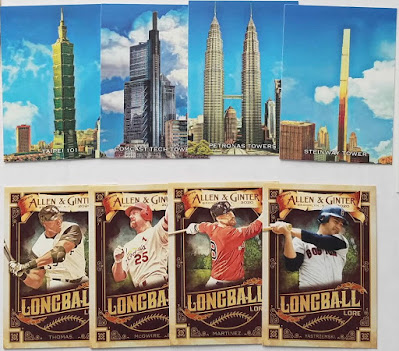 Full size inserts flowing right along.  Got a dupe or two along the way, but not a lot, which makes me happy.

Second Bale Of Hay, but it's good trade bait for the ones I didn't get. 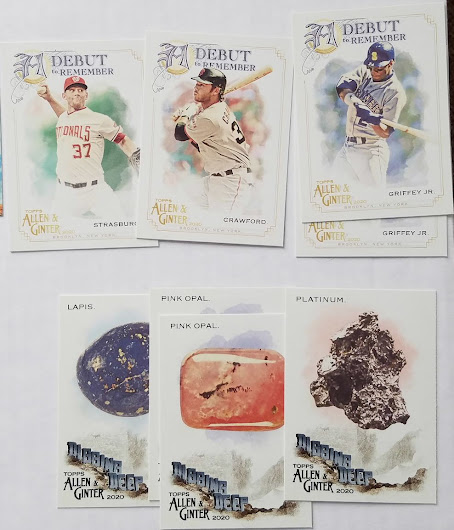 Double Debuts and Rocks.  No real tie-in unless Griffey owns some Opals. 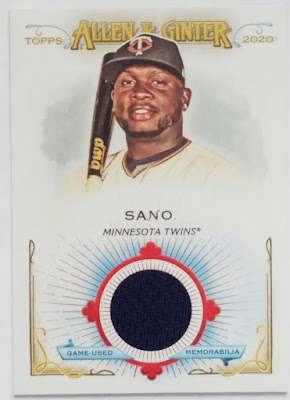 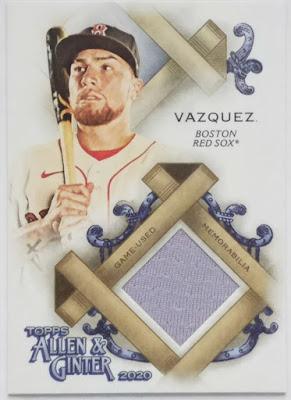 Red Sox fans!  I must say I like the round swatch designs better.  the "diamond" ones almost look like they're framed in two-by-fours and barbed wire. 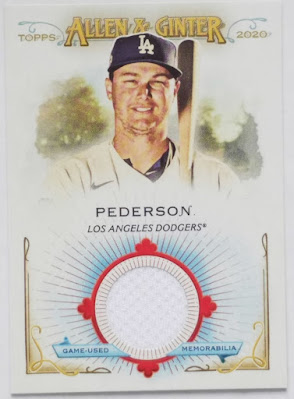 Mr. Joc for the trifecta.  Don't guess Night Owl is wanting this one? 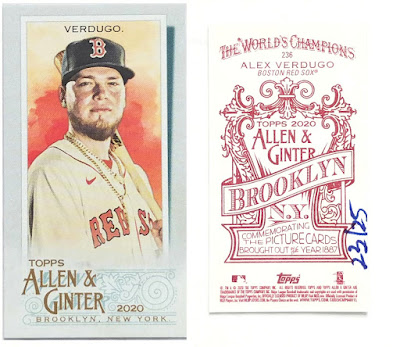 And the "bonus" hit (-ish) is this Brooklyn back mini /25 of another Red Sox dude, Verdugo.  Tradeable for Soto, Mussina, Robles, Scherzer, Turner, Palmer, Torre, Fisk, Kieboom, Kendrick, Strasburg, Weaver, or in their absence, any of the HOF'ers. 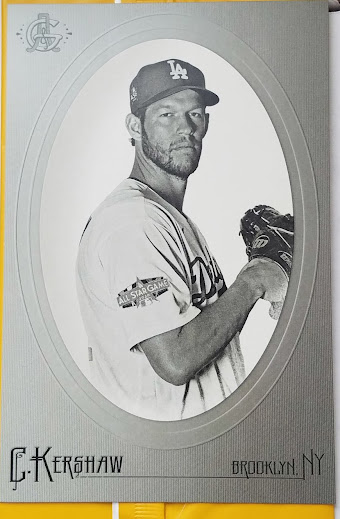 Greg G., ya got first dibs, but I don't think you want this one, unless it's for the PC binder.  Let me know... 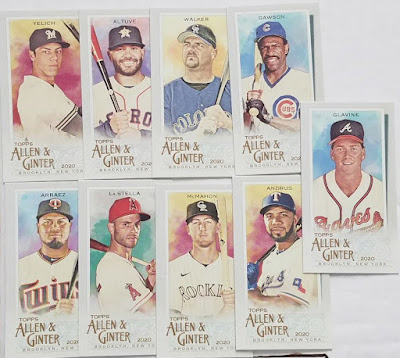 Minis - Glavine in mini form before I got the base card.  (Still need 31 base cards after three boxes! And only half that many SP's!)  More Cubs love (vs. Expos etc.) with Dawson. 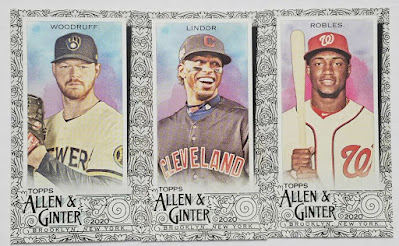 Robles is staying with me.  Rest are trade bait, as are all the other player minis.

Nobody spectacular in the A&Gs, though I'm decent at pulling David Price over the years. 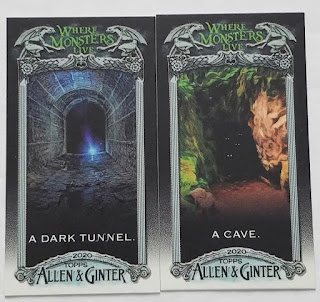 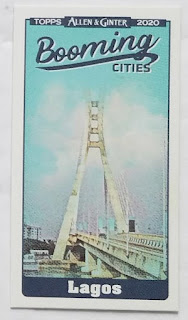 And Lagos, Nigeria.  I used to work with a guy from Lagos.  Good dude. 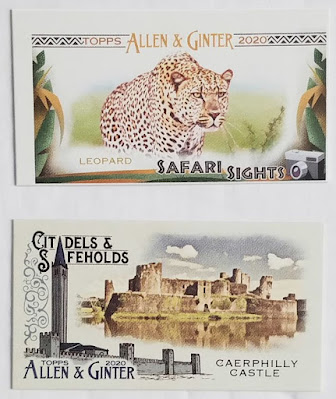 Safaris offset again, and a castle near the Pennsylvania / Jersey border?  Ok maybe not. 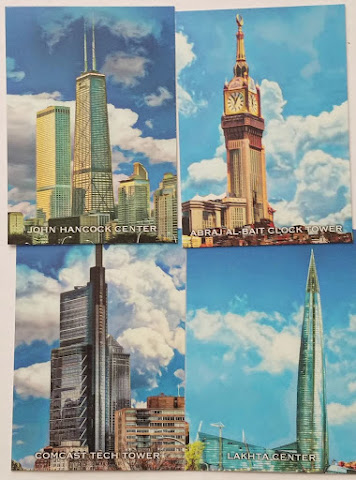 Really vivid images of some cool architecture.  Have a double of one of these. 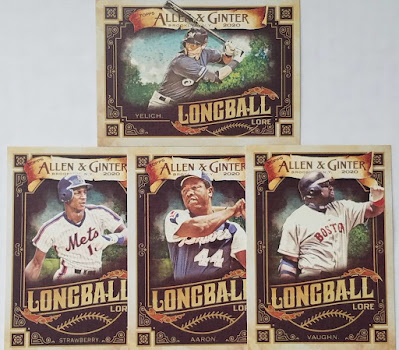 Any home run series would be incomplete without Aaron.

Silos, chickens and an extra Tractor. A pitcher Debut finally, and more minerals.  Wonder which Labrador dog the first one is named after? 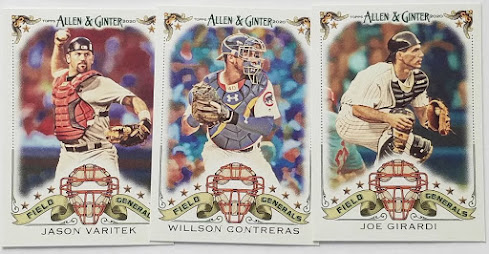 Three users of "the tools of ignorance" and one for my PC... 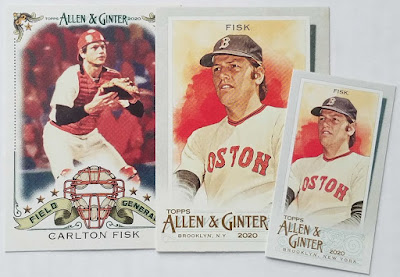 The Fisk trifecta in one box! 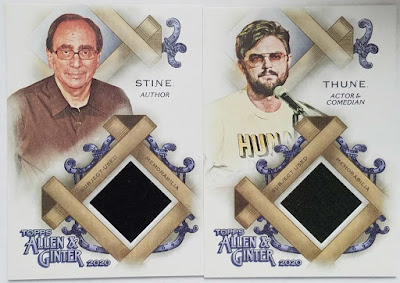 Two non-sport obscure guys as "hits".  Ok, so the one on the right could be a "set-worn" piece, as in comedy set performance, or tv/movie set, but is the other one worn while typing out a Goosebumps or Garbage Pail Kids book?  That's a new twist on "GU".  I think I'd still like non-sport relics to be of babes instead. 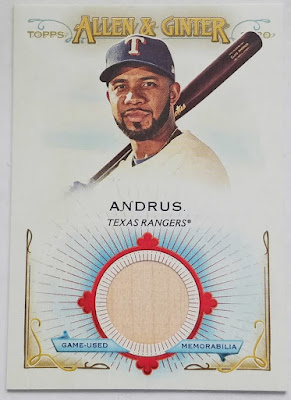 At least Andrus keeps it honest with a bat relic.  Don't think this is the first piece of his that I have available.

My lists are at the top of this page.  Send me your wants and trade offers!

And as a special reward to all those who have made it this far.  Yesterday was a trifecta of Birthday Beauties.

Monica Belucci from the Matrix movies and several more.... 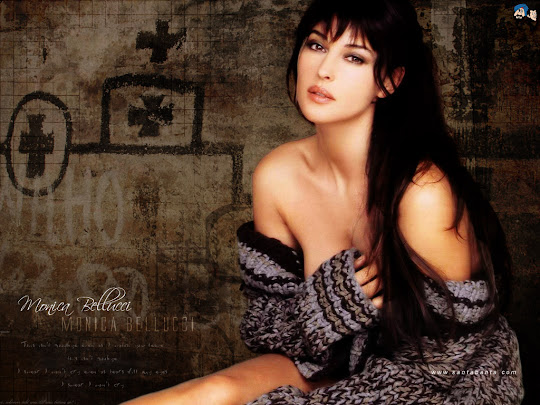 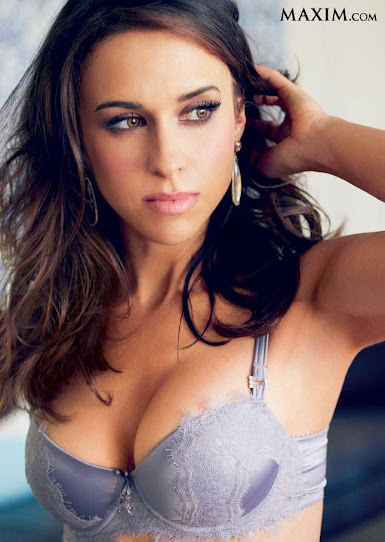 (And yes, I watch the Hallmark channel now and then when certain gals are starring.  It's an attempt to increase my belief that all that romantic stuff happens in real life.  Can't say it's worked very much so far.)

And finally, a lady whose beauty I hadn't really discovered until watching a biography about ~ Fran Drescher. 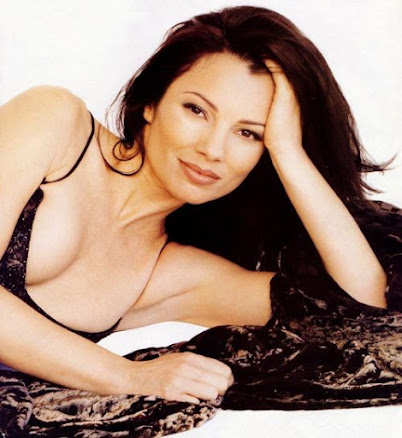