A Furious Flourish Of Football

It's just about Week 7 in the NFL season, and it seems like it's been that long since I posted here.  Football is in full force, aside from a few rescheduled games.  I was sure the season was going to shut down about Week 4 or so because I was leading my ten-team fantasy league.  But of course, that subsided and I'm now fifth.  There was even a Tuesday game, which doesn't help me tear away from the TV long enough to get back into the posting groove again.  Three days a week is plenty, but four is just overkill.

And there is still baseball.  I was hoping some smaller market teams would make it to the end, but it came down to the four most dominant teams in this express-lane season.  You could say the Rays qualify, I guess.  Not sure if I'll watch the World Series or not.  I won't mind the Dodgers winning.  It's been a while for them.  And like the Nationals used to be, they keep getting close but can't ever quite finish.

So before it becomes totally irrelevant, I thought I'd throw up the football stuff I got late last month.  (I did actually just go to my local monthly show for the first time since February last weekend, and have Chantilly coming up in a few days.  But most of what I got so far is just A&G and flagship inserts from 2020 and a few '70s football stars, so nothing really eye-catching there.  Will see if I get cooler stuff in VA.) 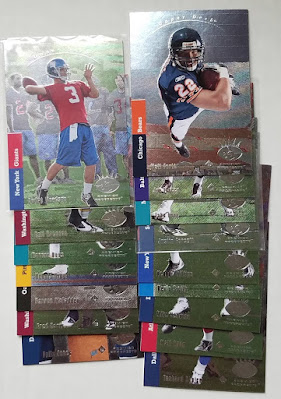 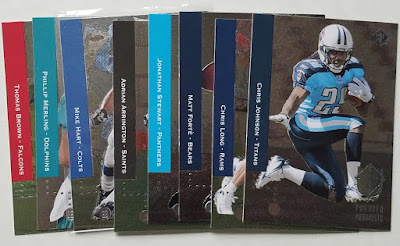 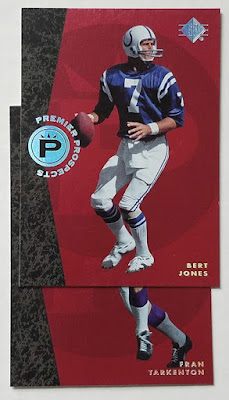 These are all from 2008 SP Rookie Edition by Upper Deck.  It's almost like the Upper Deck version of SP Heritage, because it has the same crop of rookie players in several different throwback designs.  A couple of the series feature retired legends instead of rookies.  The set is a little bizarre in that it is numbered up to 434, but there are several numbers missing, so it only totals 413. 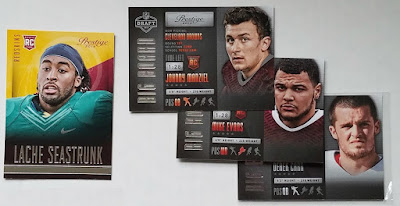 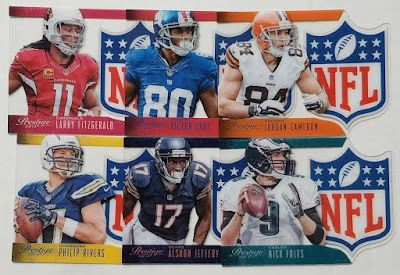 Along with those, I got these 2014 Prestige inserts (and the one base rookie).  Prestige has some nice inserts, but there are so many sets of them, to collect them all takes forever.  I started these when they were new, and got like six insert sets all in one shot, but still have a bunch to go for the rest.  Those NFL sheilds are die cut and clear acetate. 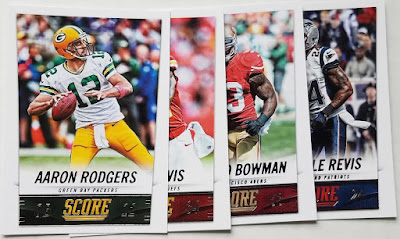 The other set I'm still working on for the same year is 2014 Score.  This has most of the insert sets in four different colors.  Makes it even harder to finish those, since you pretty much have to commit to one color for each.  Most of the time the blue versions are listed without the color designation, but I've gotten the wrong color a few times.  They're just too complicated even though they're pretty.  I even just now finished the base set with those above. 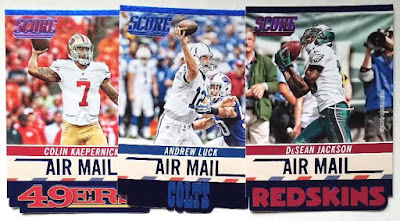 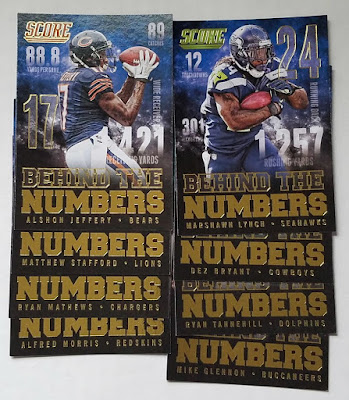 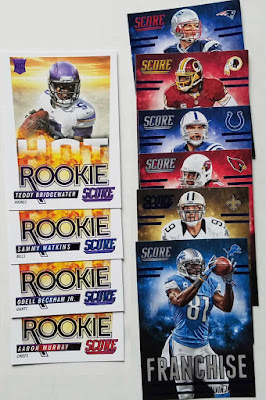 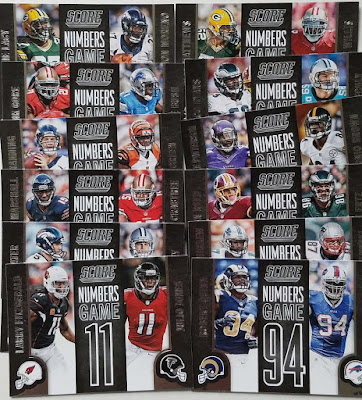 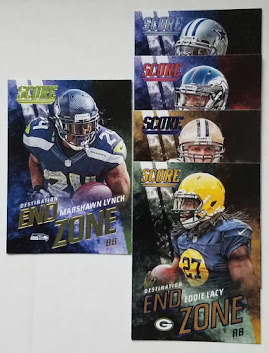 Next was a set that I'm actually finished with the base and only lack 35 cards for the THREE parallel sets.  It's the 1996 Fleer Ultra Sensations.  These look like they'd be inserts in the regular Ultra set, but they are a standalone product whose base cards are the plain gold, and have parallel sets in blue, marble gold, and pewter borders.  There is a fifth parallel - Rainbow gold, but they're much harder to find. 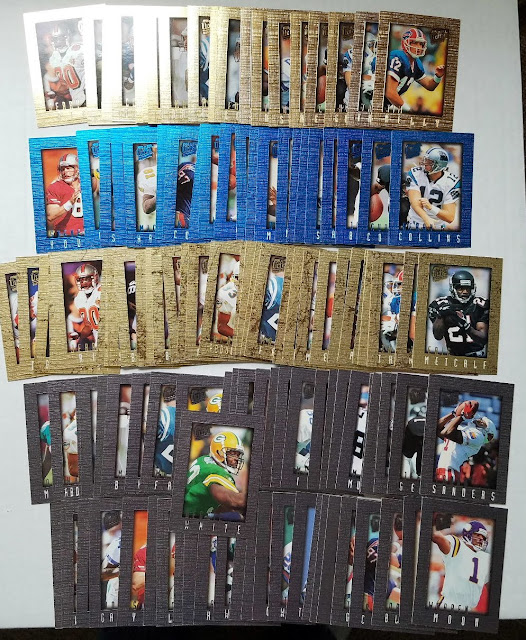 And finally, I got a big stack of Priest Holmes for my wannabe "Supercollection". 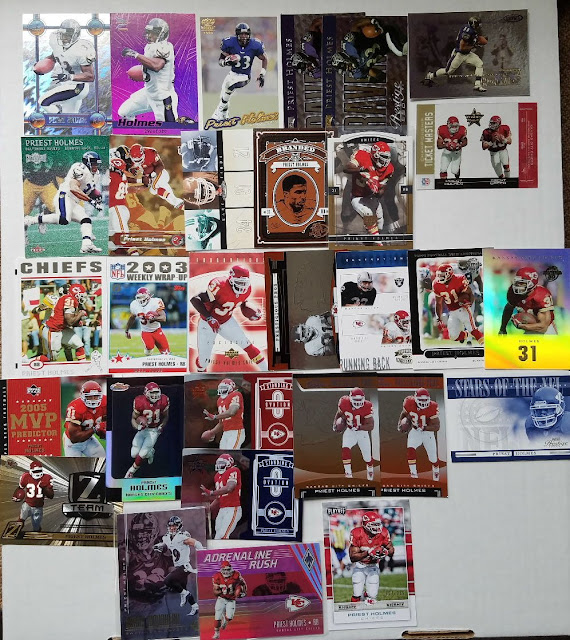 And yes, there were still duplicates.  *Sigh*

But the kicker is, all the cards you see in this post were from the same SportLots order, and they were from one seller.  Most of them were a quarter each or less.  Priests were a bit more.