Two More Down In P-Town

Stepped out to the mailbox just now and found the addition that P-Town Tom had mentioned when he knocked off four of my most wanted list.  Two more insert sets killed with this double shot.... 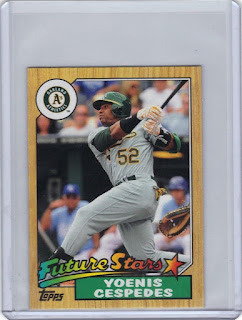 Hopefully I'm done with these mini 1987's from 2011.  There are enough of the full size variety left on my list for last year. 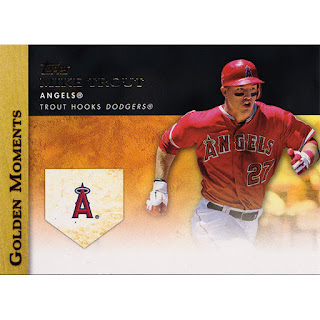 And this should be the last Golden Moments too.  Figures it was Trout who was the last one.  He's the active version of Jeter as far as my lists go.  He's always on there, and when I get one, I'll end up with two or more.