Is It Me Or COMC?

I've never had good luck selling cards except for the occasional lot directly to a buyer.  I chronicled my futile attempt at a show table in 2017.  Didn't sell a single card.  But since online selling has grown so much and the prices have jumped, I decided to make another foray into it, this time online.  I gathered a selection of just under 250 cards to submit to COMC from my extras hoard and a few other places.  It's been a little strange.  Let me know if this is typical.

I picked out some star cards, some vintage, a bunch of different serial numbered items, and a big batch from the monster box of 2015 Score football including parallel inserts, and a bunch of the rookies that were listed at over a dollar each on the site.  A very eclectic mix.  A lot of dollar-ish cards and a few that I see were listed for decent money.

Instead of shipping that box across the whole country, I found that they were taking submissions at the next Chantilly show that I was going to anyway.  So I waited until then.  The show came around and the first thing I did was find their table (which took a couple laps and asking a dealer I knew).  Finally found them and I gave them the box.  It was a standard 300 count white box and I put the printout from their site inside and taped it shut.  I put my address on the outside with a couple stickers just to be safe.  When I handed them the box, I sort of expected to get some kind of receipt, or that they would put some kind of seal on the box to prevent tampering with the contents.  But neither happened.  They put it in a duffel bag and thanked me for my submission.  OK, not what I expected, but I wasn't that worried.

So it took around two weeks for the submission to show up on their site.  It sat for another week or so at the 5% processing progress.  This wasn't unexpected, since they had come across country and they have had a backlog for a while as well.

Then the progress meter jumped to 24% and the exact number of cards I submitted appeared on the listing.  Aha! so my box had started to be processed!  Yay!

The disturbing thing was that at the end of the listing they showed a Due Date and Est. Date of 8/11/2022!  Wait a second....it's expected to take three months to process <250 cards? (I submitted in May).  I hope they are way overestimating that!  With the history of backlogs, it makes sense...

Two cards showed up on my inventory.  Alright!  They are on their way!  They should all be there by the end of the week, no?  You would imagine whoever was processing them would do the whole box at once, right?

They processed two cards and stopped.  There was a 75¢ store credit on my account when I started, but now it was in the negative.  I remembered seeing directions when I first got on the site (to buy) a long time ago that stated you had to buy "store credit" in order to submit cards to sell.  However, when I didn't see that statement on the pages that guided me to submit this batch, I figured they would process them and then bill me immediately. 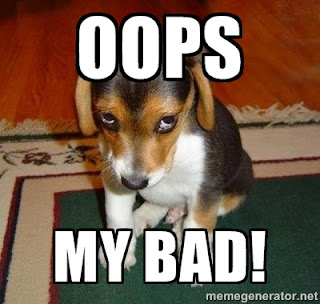 Nope.  I got emails that said you had to pay in so that you had enough store credit to get by the 50¢ per card fee in advance.  OK, you got me.  My bad.  It does say that in the Selling Rates page, about halfway down - after the prices for the different levels of service.  So I PayPal'ed $150 in store credit.  Kinda ouch, but I know that if everything sells eventually, it should be significantly over that amount. After that, I was looking forward to all my cards showing up and being ready to price and go active on the site -- again.  A couple days later, five more showed up.  Here we go!  The first few were the vintage football I sent.  The next ones were Mike Trout cards from a few years ago.  And then the three Patrick Mahomes base cards and one Michael Jordan insert came online.  I'm not sure if these were all at the end of the box, or that they are separating them by value or something and processing them separately.  I would love to know (and see) how it all works.  Wonder if there are YouTube videos or anything.  Let me know in the comments if you've seen anything.

My other question early on was - should I send an itemized list of what's in the box?  I know what all of them are, but is it not as easy for their processors?  (I thought I should send an inventory list just in case something doesn't show up after they do them all, but first timer mistake).

So this is where I'm at today.  I have 11/244 cards listed.  Seems to be a much slower process than I thought it would be.  I don't expect everything to sell very quickly, and would not be surprised if I end up getting a good portion of them shipped back after the 90 days are up and they start charging for storage.  But hopefully that 90 days is calculated for each card after it's prices and actively for sale.

I'm a month and a half in from the day I dropped off the box (April 2) to this post time (May 15).  Is this a typical experience for those of you that also sell on there?  I'd really appreciate any feedback you have.

I'm not doubting my decision to sell with them (yet).  But there have been so many details that weren't what I expected, so I'm just curious if this is how it always goes.  They haven't done anything wrong, so don't take this post as a shot against them.  Hopefully they put up the rest of my stuff by the end of the month and the estimation is irrelevant.  Wish me (and them) luck!  Thanks for reading to the end!

Posted by GCA at 8:25 PM
Labels: Big batches, collecting milestones, commentary, Disperse the Hoard, How I do it, pimpin' ain't easy