Got In Early On The Ginter

Just opened three boxes of 2022 Allen & Ginter, which will probably be the only new product I buy this year (or many of the following years.)  I like the base design a lot, and some of the inserts are really original, but those are the ones that are harder to pull, apparently.  It's nice that some of the insert sets are only 10 cards, and the biggest one is only 50.

Here's a couple shots of two of my boxes right after opening.  At least you can get an idea what all the different things look like.  Don't worry, I have closeups and scans of all the hits. 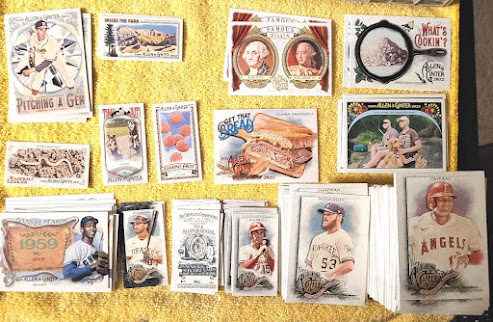 Unfortunately, the shots of two of these laid out so you could see the names of the inserts came out like this: 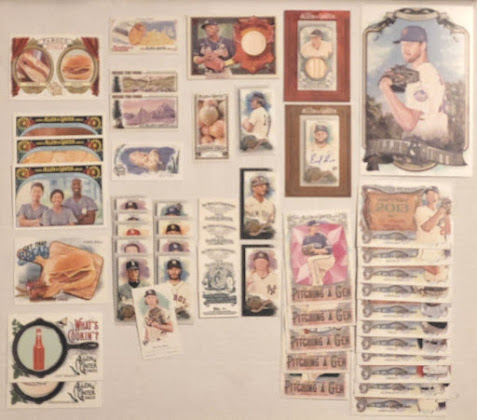 But anyway, each pack generally had six base (or five and a short print), a mini, and an insert.  I got worried in box #2 when a few packs came out with less: 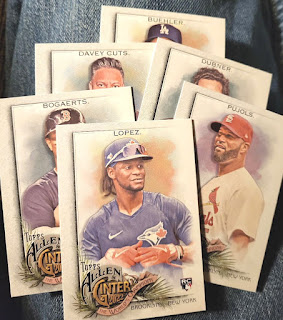 A few had one or the other between the mini and the insert... 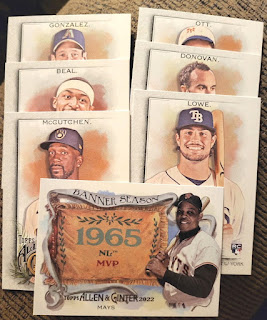 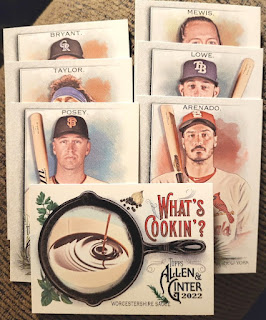 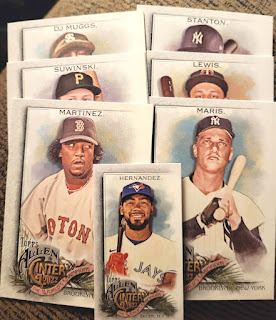 But then in the last box, I got a few bonus cards in some packs.  I counted the full size inserts from each box, and they were all around the 23-24 count range, so it all works out in the end.  I was afraid I was missing a hit, but got three from each box too. 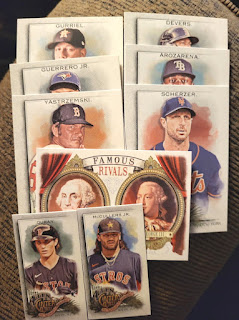 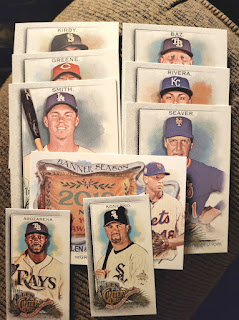 As usual, all my player minis are for trade.  And now, here are the hits... 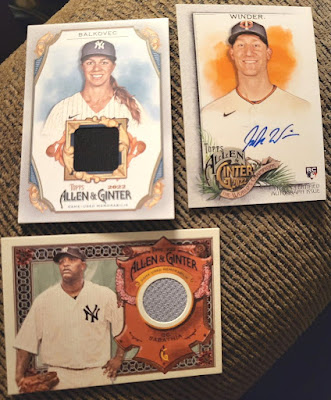 Got a bunch of Yankee-centric stuff in these.  I have a Yankee collector that I trade with regularly, so he gets first dibs.  Might keep the Rachel Balkovec jersey, she's an historic manager in the minors.  Have no idea who the Twins pitcher guyer is, but was cool with Captain Cheeseburger.  Bonus points for no white swatches. 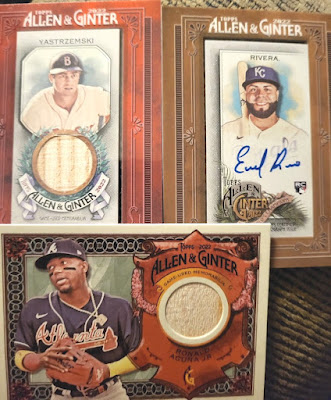 Acuña came out first.  It's a nice bat piece.  Reminded me of the Stadium Club auto I pulled a few years ago.  Then I got the "other" Rivera. (stay tuned for more on that).  Ended with a bang with the Senior Yastrzemski.  That's definitely a keeper! 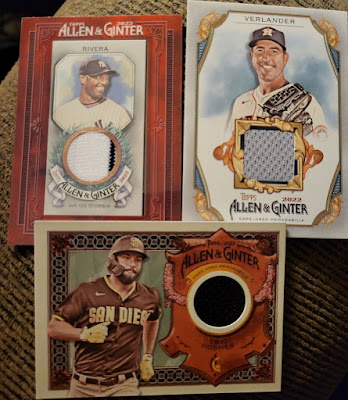 Ended with Hosmer, Verlander, and the big time Rivera.  (Only one better would have been the coach of the Commanders for me, but not likely)  Again, no white swatches and some very big names.  I could part with all these for the right ones.  Looking for Autos or GUs from Fisk, Palmer, Bo Jackson and Malika Andrews. 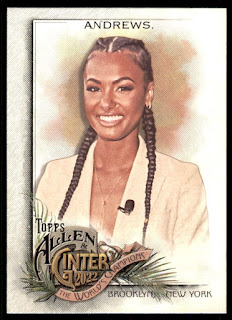 I have my insert wants posted on my site, but haven't yet set up the magnifier and sorted my base and SPs.  Those card numbers are microscopic this year!

I'm looking for all parallels and minis of Lou Piniella from this set.  He's the only player collection guy in it this year.