This Was The XFL ... On Cardboard

Part of my Michigan haul back in July was a box of Topps XFL.  Around the same time, ESPN was just releasing it's 30 For 30 documentary on the league.  Invented by WWE leader Vince McMahon, and TV producer Dick Ebersole, the league shook things up in 2001.


Of course, it was marketed like hell, which included trading cards.  Topps 100 card base set plus 10 team logo stickers and eight "mega-foil" quarterback cards made up the issue. 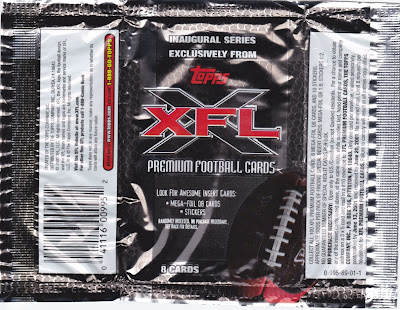 Bet ya can't name all the teams! 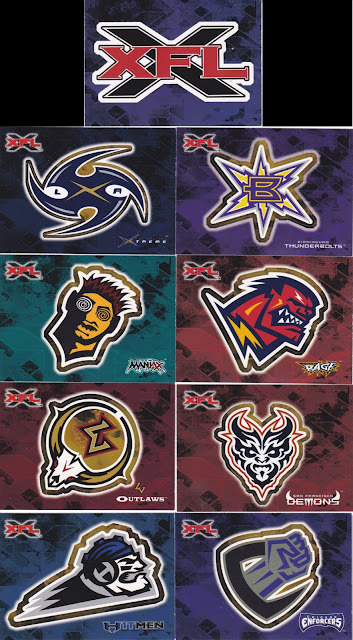 Tommy Maddox and Rod "He Hate Me" Smart were the two most well known players.  Remember when MLB let players put whatever they wanted on the back of their jerseys?  That was an XFL innovation.

And they got crazy with the cheerleaders, too.

Here's a link to all the cheerleader cards, and the group shots on the back.

The league only lasted a year.  Check out the 30 For 30 on ESPN when you can.
Posted by GCA at 12:54 PM
Labels: excuse to show pretty girl, Michigan haul, oddballs, pimpin' ain't easy, The game in real life