My favorite hockey set was 2007-08 O-Pee-Chee.  I've been waiting for a new design to come close to that one.  There haven't been many.  Thus, I really haven't built a set of anything hockey in a good while.  I pulled the trigger on 2017-18 OPC when I got my boxes of baseball Update. 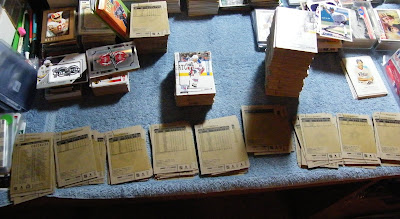 These aren't bad.  Got about 33% dupes from both boxes.  Picture above is the sorting after opening.  Dupes on the left below, my set on the right.  Ended up with about 40% of the set or less. 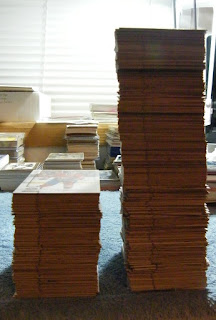 The Retros are my favorite part.  The playing card inserts are kinda neat too. Nice to get a foily Backstrom for my Caps PC.  PK is available for a Capital version.  (Update: There are only two Ovie's - I don't know who the other kid is)  These are my Retros and card deck so far.  Will show the dupes in a jiffy. 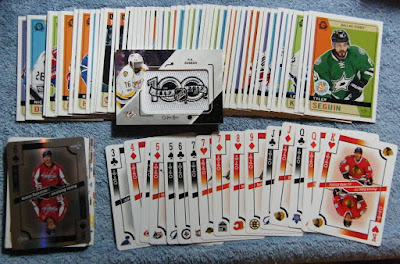 Can do without the minis, but they make good trade bait.  Sorry, Auston and McKinnon are gone already.  The rest are up for grabs. 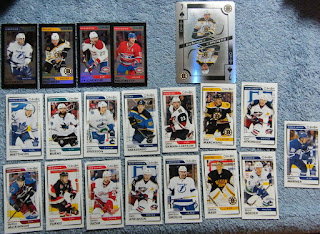 Here's a better look at the black shiny ones.

And the regular size black parallel shiny ones.  They are serial numbered.  Also trade bait.  These are a better base design than the base itself.  The little variation of the black bands looks much less cluttered.  Of course, collecting a set of these is just about frikkin' impossible and way too expensive since these are numbered out of only 100. 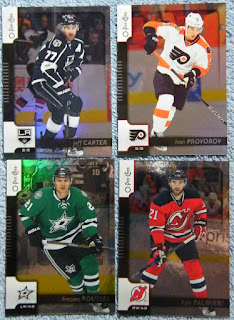 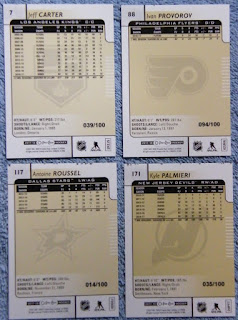 Here are my regular base shiny.  Available. 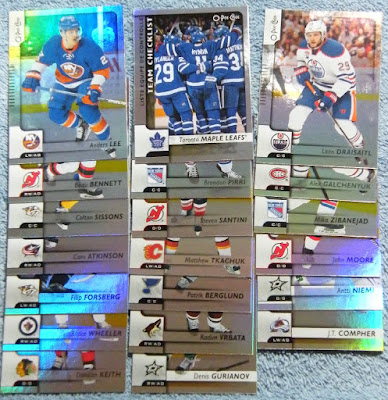 And the Retro dupes...except for McKinnon, who is bound for another collection already. 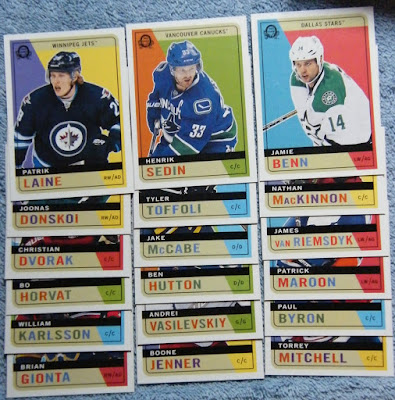 And finally, a good look at PK.  These are the only hits in this set.  No autos or gamers.  Just manu-patches.  They're nice, but it would be great to get something real out of a big set like this. 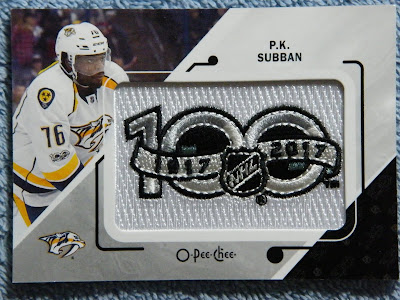 Who's down wit OPC?  (Is that too outdated a reference yet?)