I've really got to build up a cache of posts to get ahead by a week or so, but until then, I'm still excited about the Redskins' miraculous comeback win last night in Seattle.

Seattle kicker Blair Walsh had missed three field goals throughout the game, giving Washington the chance to take the victory late in the fourth quarter. 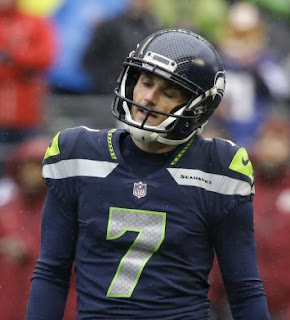 Instead of the usual collapse or missed opportunity, the 'Skins offense drove down the field in the last few minutes.  Josh Doctson finally came up with a clutch catch that brought it to the one yard line.

They reviewed to confirm that he hadn't actually scored.  Then Rob Kelley punched it in. 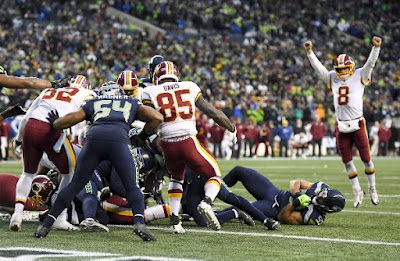 There was still a minute to go, and even though Russell Wilson and the 'Hawks had been kept out of the end zone pretty much all game, they drove to midfield with seconds left.  One Hail Mary to decide the game. 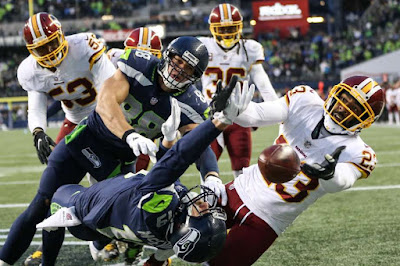