I watch a lot of car shows on TV.  The kind where they take an old wreck and do all the metal work and mechanical repairs and upgrades and turn it into a great hot rod or cruiser.  There are about a dozen shows like that.  Then there are the ones with the guys that go looking into people's barns and garages for old cars to buy and restore.  Sometimes they find some extremely rare models and are able to fix 'em up and sell them for top dollar.

I've always wanted to do that with a card collection.  I've only been blessed with a collection from someone else a couple times in my life.  But I guess every collector dreams of that big find in some distant relative's attic, or cheap buy of a bulk lot of vintage cards. 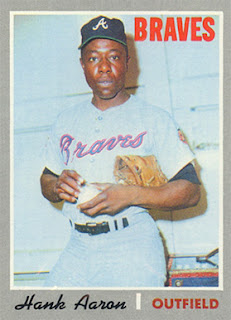 When I was first starting to collect in earnest, the guy my mother was dating had a cousin or something that had most of a 1970 set in mid-grade condition that he gave me.  It was pretty much my first taste of vintage older than a couple years from the present day.  (That was probably in the late 70's, so they weren't that old at the time.)

The other time was when I bought a collection of mostly Dodgers from a friend of a friend.  I gave him decent money, but when I priced it all out, I got a bargain. Lots of real nice vintage HOF'ers and some other miscellaneous singles.

Those were fine, but they weren't like the Cracker Jack Find from around 2016, or the Black Swamp Find of 2012.  Those made "National" news and netted the finders six and seven figure fortunes. 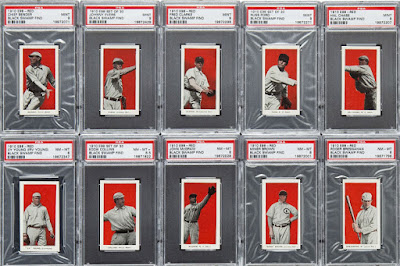 But I would never be so presumptuous to think I'd ever find anything like that.  I'd be ecstatic just to find a batch of 50's and 60's commons in decent shape, or a T205 starter set in fair condition.  Or even a few extra 70's sets for trade bait.

Where would these come from?

My imagination conjurs up all sorts of scenarios.  I meet someone thru a friend and we go help them clean out their old country store.  The inventory has sat for years.  The parents are gone, and the kids - now in their 40's - are just trying to liquidate the stuff.  That whole pallet of old wax boxes "isn't probably worth much now.  What can we do with it?"

Or you're with your extended family for a holiday or some occasion and Aunt Martha brings you a little package that her friend gave her for you after it came up that you were in some city recently at a card show.  They figured these would be something you'd "get a kick out of."  You take it home and open it up to find The Babe and his Hall mates staring at you. 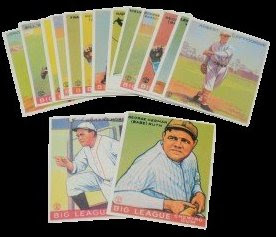 As I drive the highways back and forth to work, or wherever I happen to be going, I will see something on the side of the road and think, how cool would it be to find a box that fell off someone's truck or was cast out as junk, get it home and have a big stack of great stuff to add to your collection?  Whether it be unopened packs, or stacks of mint singles. 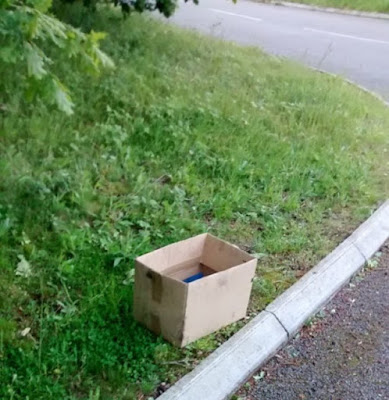 My luck, it would probably just be loose commons from 1987 and '89 Topps and Donruss.

What's your greatest epic find or collection purchase?  What amazing stuff did you get just by chance or luck?
Posted by GCA at 9:27 PM
Labels: dream cards, freebies, pimpin' ain't easy