Since I am way too late for the actual Gint-A-Cuffs X contest, I figured I'd just go through the two boxes I got and score 'em accordingly just to see how I did.  I've never participated for real, so it's kinda like a practice run.  This is the higher scoring box.

Not gonna scan every pack's contents, but I'll put up images of key pulls (Editor's note: The images are not my scans, but are identical images I quickly downloaded). Here is my list.  Legal pad would have worked better.  Last couple packs were on the back. 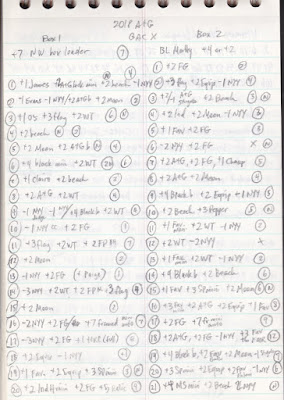 My Favorites are the Orioles and Bo Jackson.  I was considering my second team, the Nationals, since they probably have more guys in the checklist, so I marked an N next to packs with Nats.  Will go back and see if I lost points on that or not.

Box Loader - BL11 - Don Mattingly.  Wasn't sure if box loaders count half when they're Yankees, only because it's not specifically listed.  So this is either +4 or only +2. 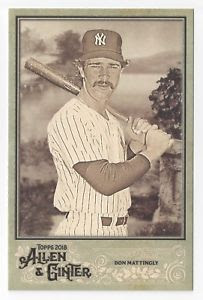 I'll list the first few packs with the full titles of the different things, then just run with the abbreviations (in parentheses).

Pack 4: Indigenous Heroes (Ind) Crazy Horse +2, Magnificent Moons (Moon) The Moon +2, NYY Gehrig -1.  That's a shame, Gehrig is one of the good ones.  It would be funny if the Solar Eclipse card #222 that showed up here would negate all points in a pack. 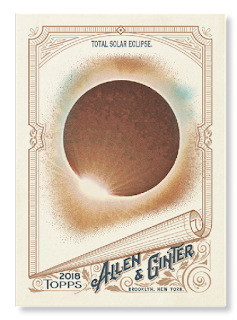 Pack 5: Favorite Team (FT) (Orioles) Beckham +1, FG Brett +2
Pack 6: FG Cobb +2, NYY Severino mini & Torres -2.  Ouch, dud pack.  Yanks killed it.  Having so many Yankees in the checklist this year really ramps up the damage that they do.  Coulda had a Nat point in this one.

Pack 9: Black border mini (BBM) Marwin Gonzalez +4, Equip Batting Helmet +2, NYY Tanaka -1.  I would definitely have to add a bonus for pulling the Babe of the Set.  Got her here - #287 Paige Spirinac.  +3, put it on the board....yes!  The basketball gal is cute, but Paige is just plain smoking hotness.  As usual, they picked a really conservative photo for the card. 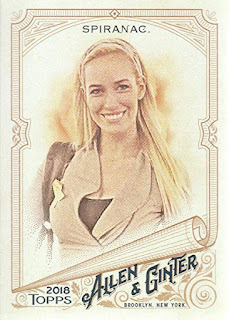 I could forget about the rest of the box break after this one, but here's a collage of some of her images.  Click for larger image.  I'll wait here. 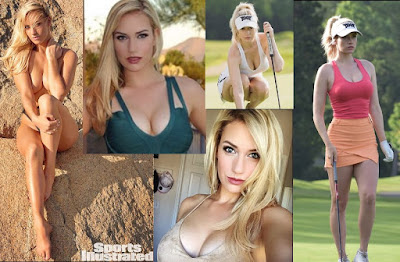 Ok, shall we continue?

Pack 11: FT mini Brooks Rob. +1, World Talent (WT) Abreu +2, NYY Severino -1.  First World Talent.  I always work across a box, layer by layer, instead of a stack at a time.  The inserts seem to fall in clumps.  Three or four FG's or Equips, then Beaches and WT's together. 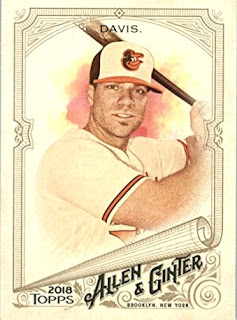 Two thirds of the way in and I stand at an even 60 points.  Good pace.  And no hits yet! 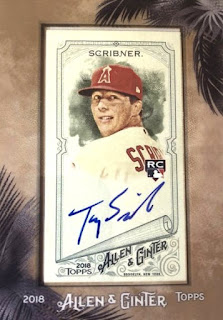 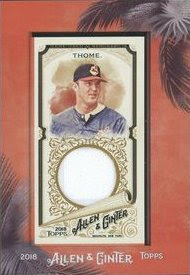 Pack 21: Mystery mini Dennis The Rash +4, Beach Roatan +2, NYY Jeter & Betances -2.  One of three unannounced minis of made up characters.  And they're not that rare.  Topps is just weird. 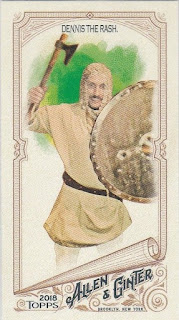 Coming down the home stretch....

Final Tally - 109 if box loader is only two and Ohtani insert is only two.  Max 113.  That's pathetic compared to the top four boxes listed on the GAC site.  And my other box landed at about an even 100.  Geez.

The Nats vs. Orioles was just about a wash.  Difference was only about one point, so that's not a factor.

The wrappers say Hobby, but I didn't get any Baseball Superstitions - the best insert set of all of them - or either of the SP Folio Of Fears or Postage Required in either box.  The Exotic Sports minis are retail only, so I didn't expect those.  Would have been nice to get at least one of the others though.  I can't find any definitive list that says if any of the others are retail only.

No other third hit except maybe the silly mystery mini?  I hope they don't think those count, that would be a joke.  I swore I pulled three hits from each box when I actually ripped the packs.  But I've looked all over and can't find another full size jersey card.  Guess I got gypped.

Well, looks like my luck at GAC is about the same as it usually is pulling great stuff from packs or fantasy football - about zilch.  Maybe next year.
Posted by GCA at 8:00 AM
Labels: box break, excuse to show pretty girl, How I do it, mojo hits, parallels, Resistance Is Futile, ripping wax