No, not because of the Nationals finish to the baseball season.  That was lame, but this is worse.

It's not the Redskins either.  They're actually doing pretty well so far.

I was sorry to hear about the impending departure in a couple weeks of Washington DC station NBC channel 4 meteorologist Sheena Parveen to San Diego, California. 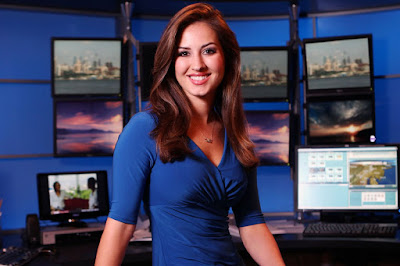 Parveen was the "It Girl" in Philly for five years. 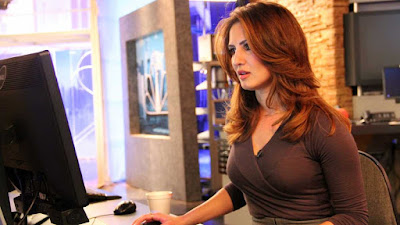 Sheena was the weekday evening meteorologist for Philly's NBC10, where she inspired a deep level of devotion from many local viewers. 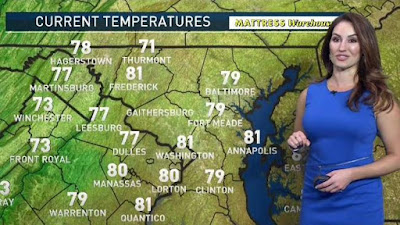 Then in late 2016, she moved to Washington.  My local network stations are all DC and Baltimore here in Thurmont, shown above. 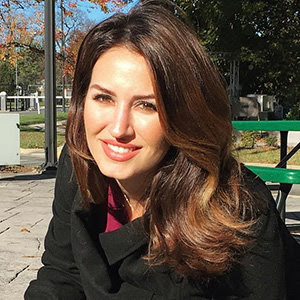 She has been the highlight of the morning and midday news since then. 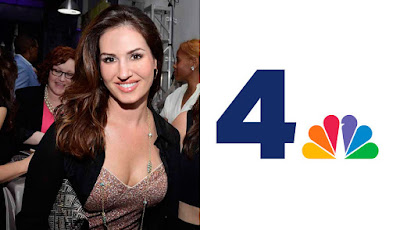 Active in the community, she brought attention to the Humane Rescue Alliance, a shelter in DC that has locations on New York Avenue NE and Oglethorpe Street NW. 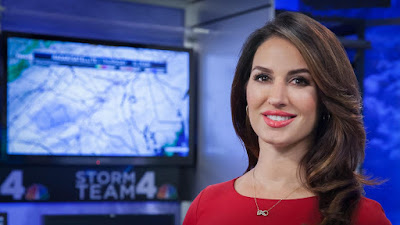 Parveen is striking out west to San Diego, where basically every weather report will glow as much as her. 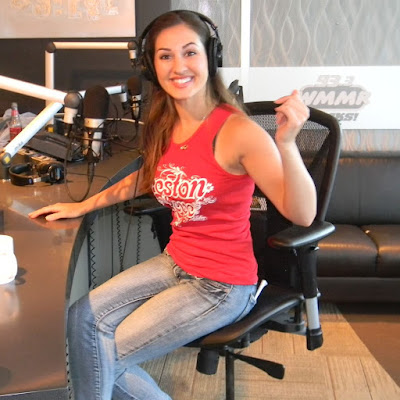 After graduation from Florida State University, she began her tv forecasting career in Tallahassee.  Moving on in 2009 to Tampa's WTVT, a FOX affilliate.  While at WTVT, Parveen was also the host of the segment called “Pet Adoption” on the Sunday morning program, wherein she covered varied pet adoption issues in collaboration with the Humane Society of Tampa Bay. 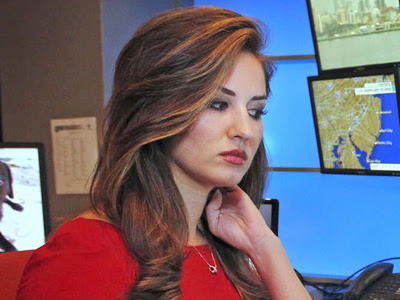 "While I've appreciated the opportunity to forecast all different types of weather events in different parts of the country, I'm excited to finally make my way to beautiful Southern California; an area I have dreamed of moving to," Parveen said of leaving D.C., NBC7 reports. "I'm thrilled to be working at NBC7 with such a great morning team and I hope San Diego will wake up with us every morning so I can help people have their best day!" 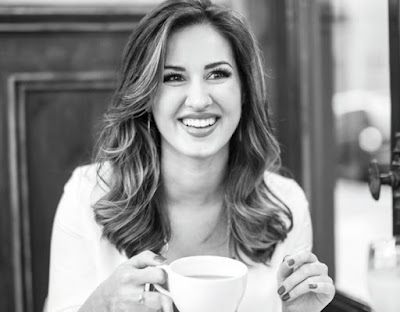 Waking up with her would make my day for sure....

All is not lost, though. 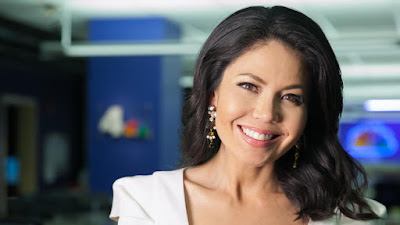 At least we still have Angie Goff... 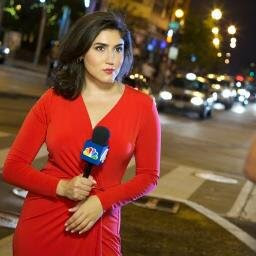