Been sifting through the baseball part of "the hoard" I just bought.  Haven't wanted to do much of anything else since I brought it all home.  Suffice to say if anyone has want lists for sets in the 2000s that include Hall Of Famers or some rookies, I should be able to help you out.  More on that later.

For now, here's the last portion of my 2019 National purchases - almost all of them. 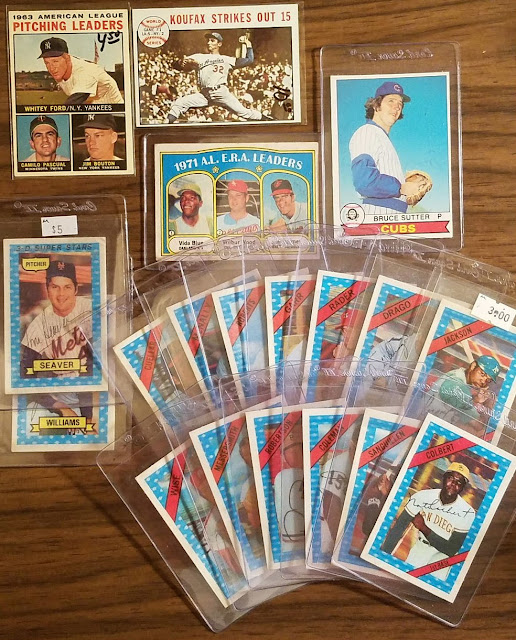 A couple '64s from a husband & wife dealer who I've bought from before.  They usually have good deals on vintage.  Somebody just posted about getting that Koufax WS one cheap.  And ya gotta love Kellogg's 3-D goodness!  Most of these were a dollar or less, with the stickered ones half off. 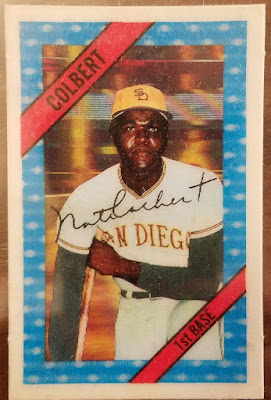 Check out that Padres uniform with the green sleeves underneath! 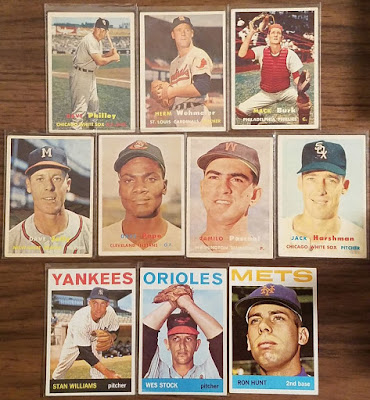 More vintageness from another guy's stuff that was nicely priced.  The 57's were two bucks and the '64s were a dollar a shot. 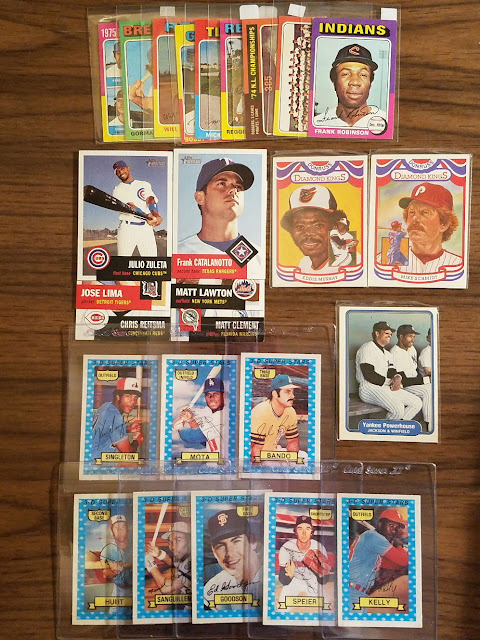 Meant to crop a couple of these better.  Something from several decades - '75 minis - this was the first of two batches of these I got that day.  The other one is even better.  The '53 Heritage, Fleer Yanks and DKs were all a quarter or so.  More lenticulars from the previous dealer to knock down the other set I'm building.  More of those to come this day as well. 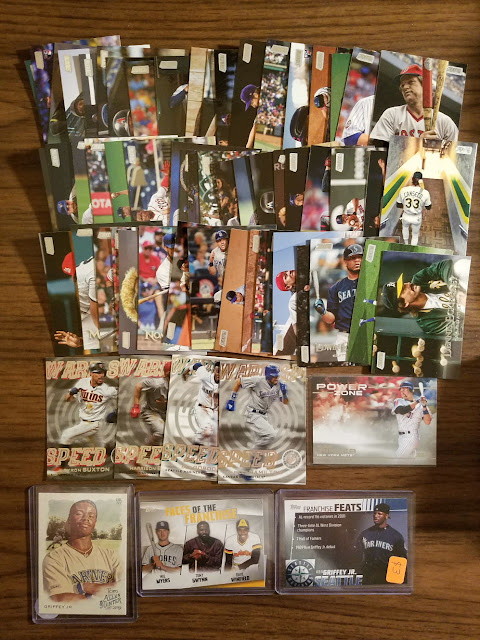 This batch I got towards the end of the day.  My Stadium Club list took a real beating.  Got some inserts for the same price as the base cards.  Plus bonuses of Griffey and two flagship inserts.  Not sure if I got another Griffey in my A&G boxes, but this one was to round out a "3-fer" offer at this table. 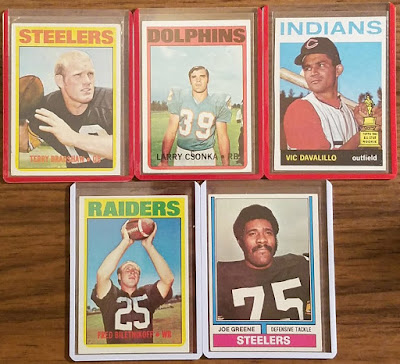 These came from a seller that prices his stuff by the color of the toploaders.  If I recall, red was $5 and white was $3 or something like that.  Decent prices for these particular cards. 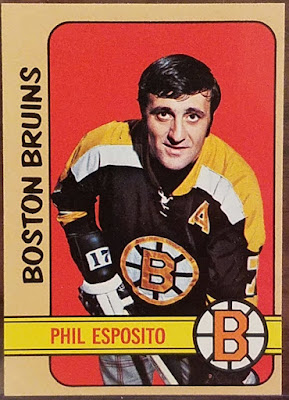 The lone hockey card I got was actually found by Stuart.  At least I can say I killed one vintage set at the National! 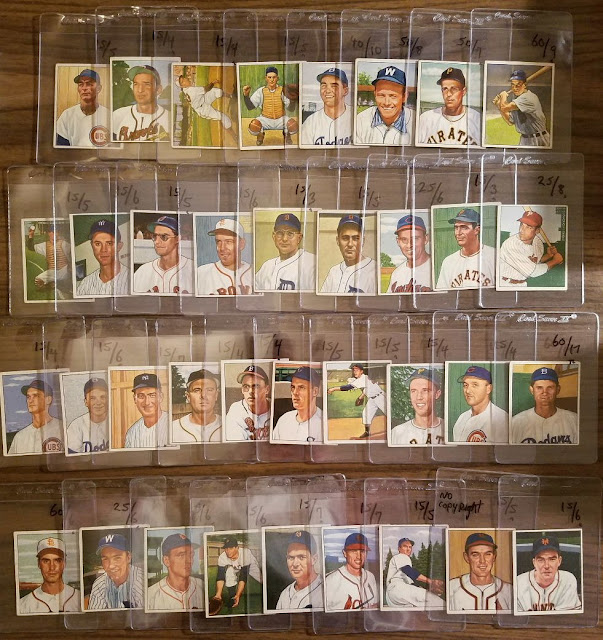 One of my favorite vintage dealers had a big row of 1950 Bowman.  I got on a roll finding ones that fit my set and were around the $4-$6 range (with a few exceptions of the scarcer ones).  The stack was so big, I had to make a special trip back to the ATM.  But aren't these nice? 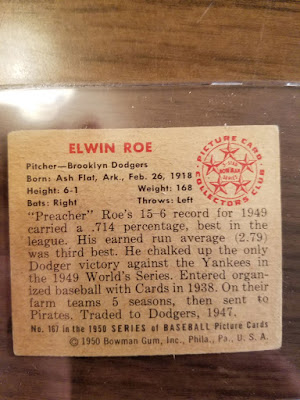 See if you can pick out this guy's card in the group photo above.  He generally goes by his nickname. 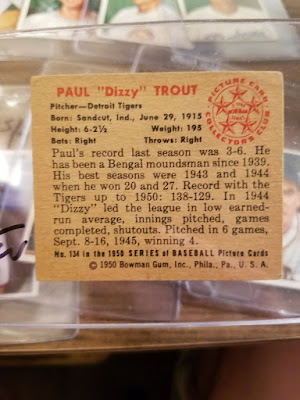 "Dizzy" is halfway into the second row. 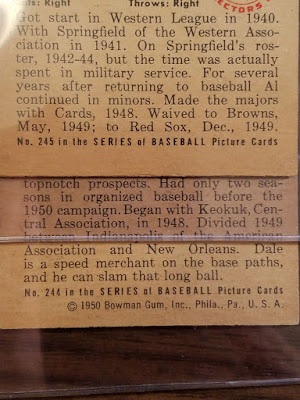 Some of these complete the variations that are with and without the copyright lines on the back.

I had one more vintage purchase that I messed up and pulled the trigger a bit too soon, but I'll leave that for a future post.  Next time - A combination purchase and trade from a guy that most of you know really well.  And the stuff was even better than this!
Posted by GCA at 11:33 PM
Labels: favorite sets, hockey, Multi-state haul, old stuff, pimpin' ain't easy, set killers, show loot, variations