The Stars Without The Cardboard

It's not as if I needed to bring home another pile of cards, but I went to the October Chantilly show this past weekend anyway.  It was more for a couple autographs for a friend than anything else, but I figured I'd pick up some new inserts while I was there.

My main target was a couple former Redskins stars that were there among a whole group of them.  You could get Terry Allen, Dexter Manley, DeAngelo Hall, Ricky Sanders, Rickey Ervins, Mike Bragg and Chris Hanburger for $119.  That was $56 off the regular individual price (of about $30 each).  That was a bit much for me, and my friend William just wanted a couple of the older guys, so I went with them. 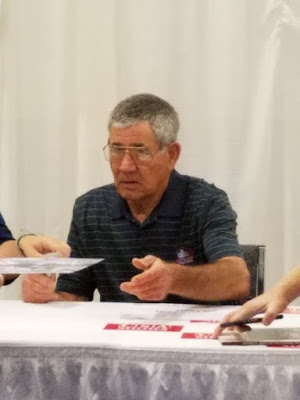 Larry Brown wore #43 and was the 1972 NFL MVP and played in Super Bowl VII vs. the undefeated Dolphins. 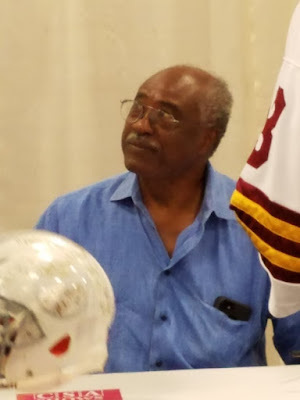 I printed out some cool photos for them to sign instead of cards or helmets this time. 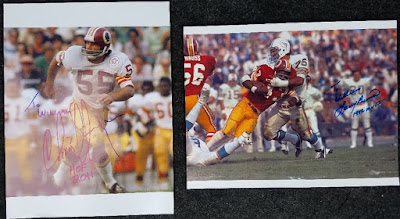 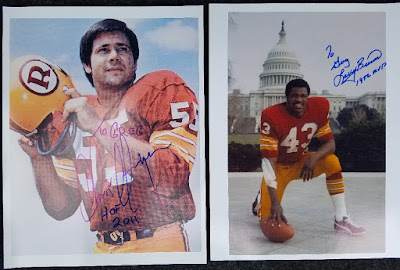 They had several other "lanes" open with signers while I was in line for those guys. 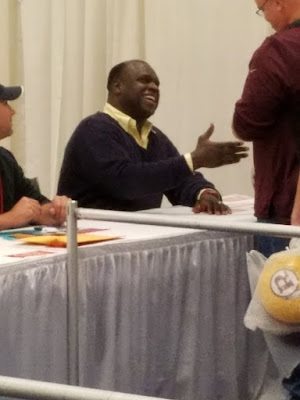 Dexter Manley, who I got at a Chantilly show before. 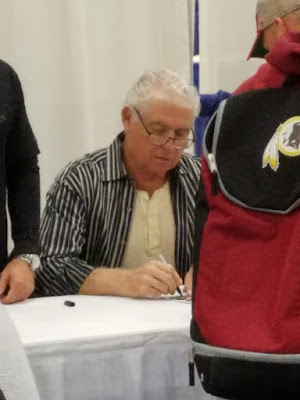 The Diesel John Riggins was there too.  He's on TV a lot around here. 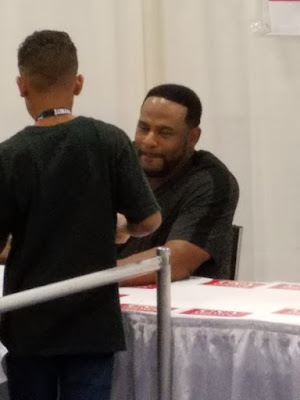 And Jerome Bettis for you Steeler fans harkening for better days.

I did end up with some current year inserts and even some vintage football etc. which I'll share in a later post.

Thanks in advance to the bots for jacking up my reader numbers since "cardboard" is in the title.
Posted by GCA at 12:40 PM
Labels: IP autos, show loot, The game in real life