And now, the finale of my Russian hockey purchases.  First, the extra ones that the seller included for free... 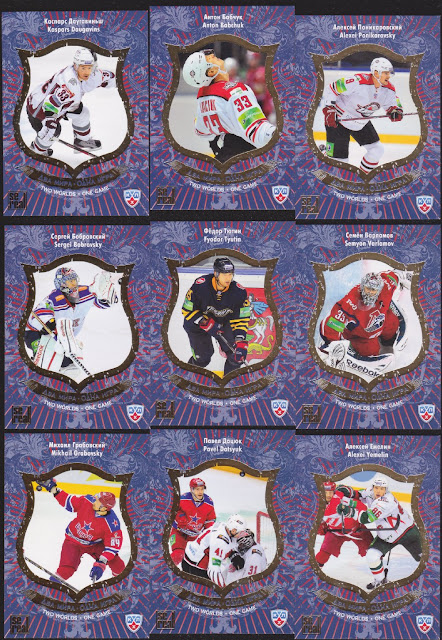 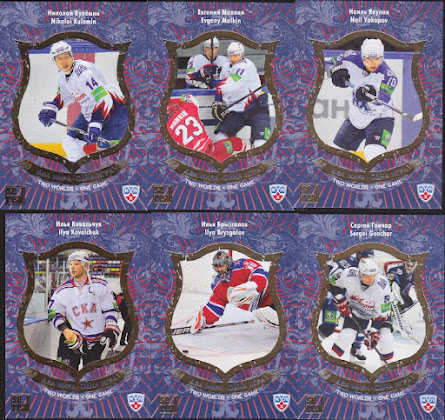 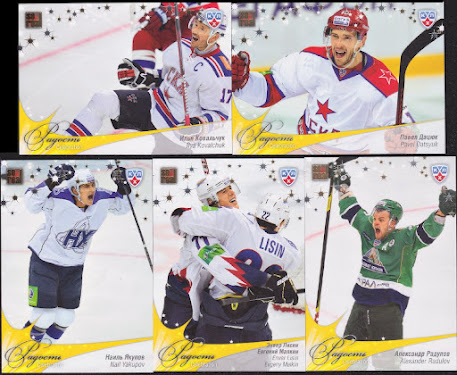 And some of the All-Star Kings from the same year.  Gotta love the figure skaters.  Any of these above are for trade. 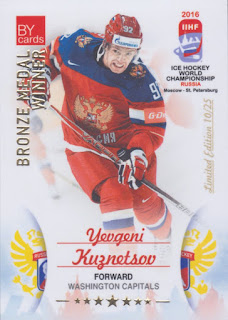 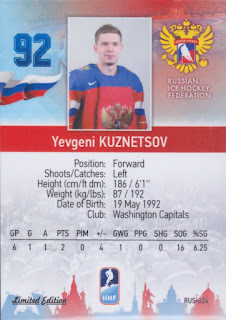 From BY cards, this is from the 2016 IIHF World Championships.  Team Russia won the bronze.

Here's Kuznetsov and a couple of his Capital pals from the 2019 IIHF World Championship.  All three from Team Russia, who took bronze again. 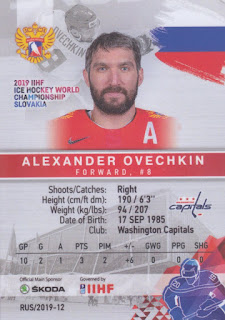 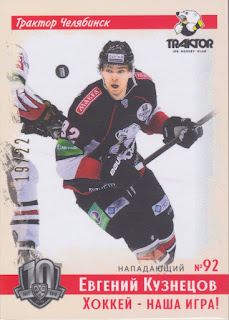 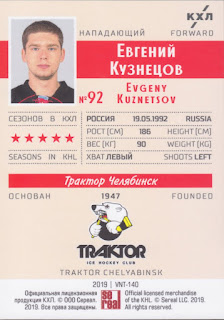 This one is also from 2019, and is serial numbered to only 22.  I saw another one of these for sale on COMC along with some of the base cards I've shown.  My advice, go to my Latvian friends on eBay instead.  The prices are a lot better. 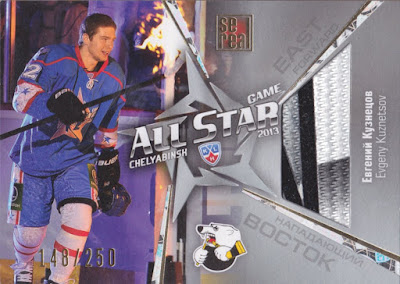 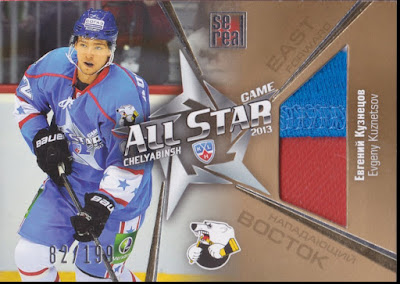 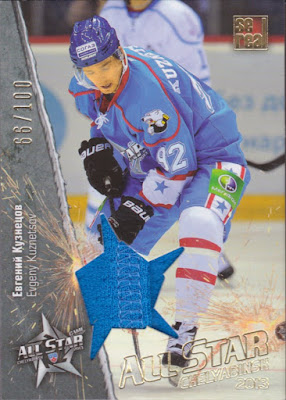 Jumping back to 2012-13, here are three different All-Star jersey cards, each serial numbered at a different level.  Hockey swatches are so often more colorful than the other sports, and these jerseys are excessively varied and bright. 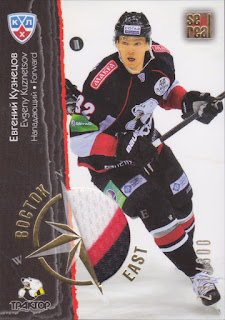 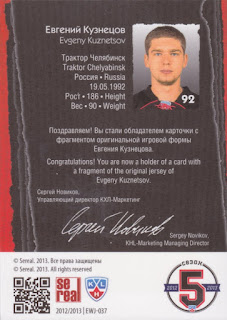 Front and back of a GU of Kuzy's regular season uniform from Traktor Chelyabinsk,  serialized to 300. 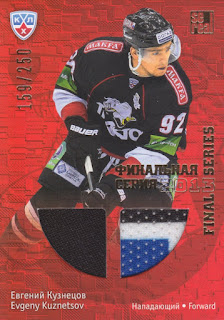 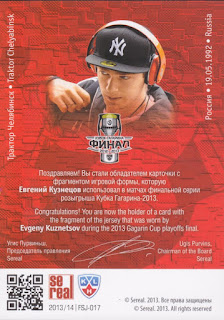 Hope you enjoyed this look at my import hockey haul.  It's quite a collection of Evgeny, but I'm not sure I'll fill out the rest of his NHL cards.  They're kinda mundane in comparison. 😀