Robert at $30 A Week challenged us writers to post 100 words on cards he sent.  Somehow I missed the connection between the two until I saw the posts of others just now.   Now I get it (and I’m already almost halfway done.)

What I got was five short prints from 2014-15 MVP.  I got the whole base set for basically nothing as well so it’s consistent. 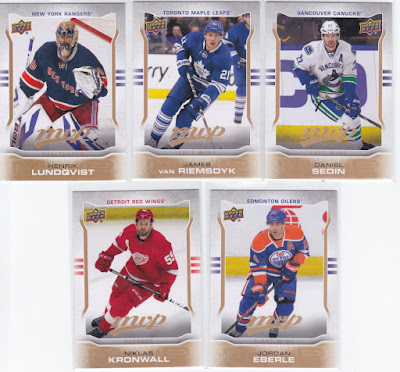 Some top names – which is usually the case for short prints.  At least hockey SP’s aren’t usually as painfully scarce and expensive as baseball.  With these, I only have 59 more to go!
Posted by GCA at 8:30 AM
Labels: blogger trades, mailday, short prints