I could actually make this an ongoing series if I wanted to cover ALL my player collections in depth like I should.  But here's the condensed digest version. Brian is probably the player I've had the most "connection" with, so to speak.  I think I've mentioned it before how I saw him pitch in my hometown for the Frederick Keys.  While he was with the Keys, he lived on the condo property that my friend Bill managed at the time.  Bill actually had conversations with Brian directly.  (I've never actually met him in person.)  Then while I was all the way up in Michigan visiting my trading buddy, we saw Matusz's MLB debut in Detroit, where he beat the Tigers really bad.  It happened to also be the anniversary of the debut of another PC of mine, Mike Mussina.  I've got the better part of the Matusz catalog, including autographs, several minor league cards, and a few rarities.  Unfortunately, it appears Brian will toil in the minors for the rest of his career, since his collapse with the Cubs, and dismissal from his last two teams. 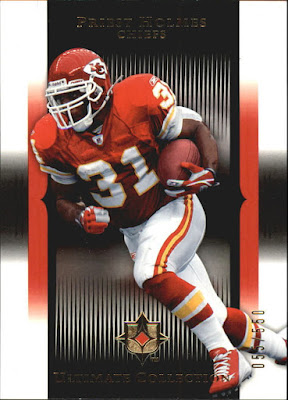 I'm including football players here as well as baseball.  Priest won me my two fantasy football championships in successive years when he was the premier touchdown scoring running back in the NFL.  Turns out he is also a great character guy.  Holmes is the closest I've come to being a supercollector of any one player.  I've got a whole binder of his cards, with many parallels and s/n pieces, plus dozens of game used and autographs, though high end does not account for a major percentage of my collection.  I've shown the other miscellaneous Priest action figures, bobbleheads, and other non-card items on here before. 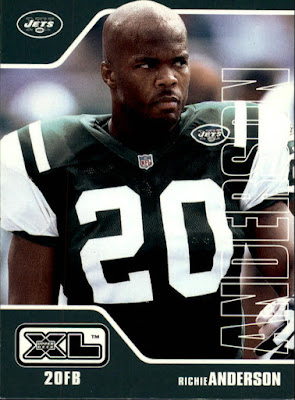 Now this guy I have met, although briefly, a couple times.  I used to work with his brother back in the 90s and was introduced twice to Richie himself.  Anderson isn't really one of my major collections, mostly because of the era he played in and the teams he was on, not to mention the fact that he wasn't a major star, so finding his stuff isn't as easy as some other players. 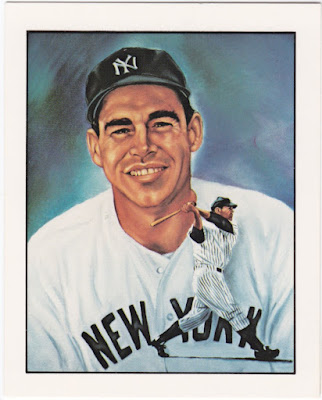 Charlie Keller's nephew worked as a high level executive for the school system that I am still currently employed by.  He has since retired, but while he was there, I visited his office on tech support calls and after seeing some representations of cards there, inquired as to whether he had any of his Uncle Charlie.  He told me he did not.  I proposed that I could find some at the National and would gladly bring them back, which I did. He was very appreciative.

Of course, I got some for myself too.  It's nice because he played in a different era than most all others that I collect, so even the regular cards are interesting and the oddballs (when affordable) are really cool.  Keller's 1951 Bowman card is depicted via student art project in one of the local middle schools in the district.  I'll show that sometime later. 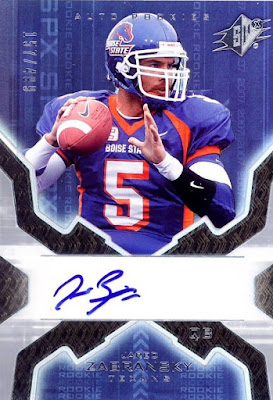 I don't watch a lot of college football, mostly because I would never get away from the TV during fall weekends.  But in 2007, I sat down to watch Boise State and Oklahoma in the Fiesta Bowl.  What an amazingly crazy game that turned out to be!  With gadget plays and that pure college spirit, the underdog Broncos defeated Oklahoma and star Adrian Peterson.  I knew I needed to collect someone from that game.  I picked the quarterback.  I started following the Broncos and watching them on their trademark blue field ever since.  They've kind of lost their domination in the last couple seasons, but have moved up to join more competitive conferences.  I still catch a game now and then.
Zabransky never really caught on in the NFL, and has been up north in the Canadian league for a few years.  I imagine I could declare myself a Zabransky supercollector, since aside from a couple oddball college cards, and the elusive CFL issues recently, his whole catalog is basically from his rookie year in 2007, totaling less than 200 cards and consisting of mostly (lamely signed as above) autographs and endless parallels.

6. The other 50-couple guys I collect in baseball. 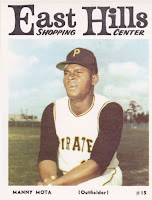 Back when I was first starting out, I hadn't really established myself as a set builder, but had started one or two sets, and had some extra cards from various years in the late 70's and early 80's.  If I found that I had three or more of a certain player that I kind of liked, I put him on my list of PCs. This list grew to over 75 at one point, but after a while, I put a few sets together and eliminated several guys that were just base cards and weren't of much personal interest.  What I'm still building is dozens of players that generally might have made an All-Star team a few times, and are known names, but not necessarily superstars.  Most of them have at least a few interesting oddball cards, or post career issues.  There are, actually, still a couple I could weed out to make room for the completion of more compelling players, but haven't done it yet.

Also add Jim Marshall, Marcus Dupree, and Dan LeFevour to football, and Sergei Fedorov to hockey.  There are probably a couple I left out, believe it or not.

I must say, that finding stuff for player collections is the most fun I have obtaining cards.  If I had to downsize and specialize, I'd most likely go to just player collections.  The diversity of the types of cards you can experience, as well as the different players there are out there make it the most interesting facet of collecting if you ask me.

If you'd like to see what I have of any of the players above, let me know in the comments.
Posted by GCA at 8:00 AM
Labels: Blog Bat Around, player collections