Got a gift card to Tarjay for some tech support, and had an opportunity to visit my local branch (it's on the other end of town).  So I picked up two hanger boxes of Series 2 and a couple $5 packs of BUNT.

The BUNT I really didn't need, except for the inserts, some of the blues and two of my base cards.  And only half the inserts and blues at that.  OK luck of the draw, right?

So I picked both those packs from the front of the line and did the same to the hanger boxes.  I figure the odds of getting the same runs in consecutive packages are much less than if I try to guess and take the fifth from one row and the seventh from the other, etc.  With my luck, I'd get 63 out of 72 cards the same.  Pulling consecutive packs should be the best collation, you would think.

Well that doesn't work either.

I opened both outer packages at once, and laid the cellphane wrapped blocks next to each other.  The second one had Nick Markakis on top.  I said "Hey Nick, how's it going down there in Atlanta?  Haven't seen you in a while since you left the O's."

As I unwrapped the first block and started in, guess who was about five or six cards in?  Good ol' Nickolai...

Of course, he wasn't alone.  Several of his friends followed him.  I went thought both batches and picked out the common runs.  The horizontals had some common ones too... 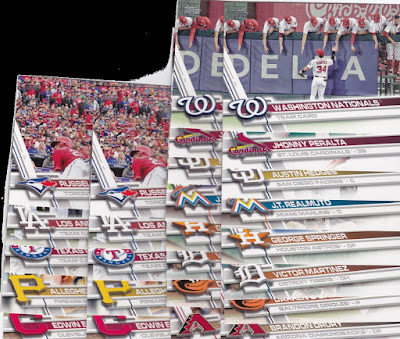 Yep.  Now luckily, the inserts were unique in both boxes, save one.... 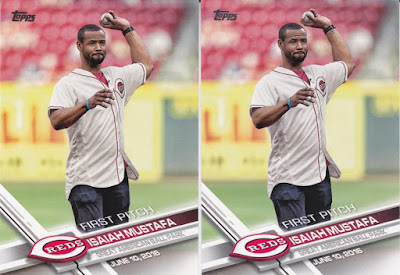 *sigh*
27 cards out of 72.  In consecutive packages on the rack.  Can't wait to open two hobby boxes.

Guess it really doesn't matter, though.  If I get enough for a lot of the inserts, I'll be able to build a second base set, which is useful down the line somewhere.
Posted by GCA at 8:59 PM
Labels: commentary, retail purchases