Didn't Sell, But I Did Buy

Last weekend's show wasn't a total waste of time.  I did manage to pick up some singles for myself.

The highlight was these four oddballs from my buddy Steve, who's been doing that show and many others for a good while now.  These are from 1984 through 1989 (in one set) O'Connell & Sons Ink.  They're blank backed and are the first from this 250 count set that I've seen in person. 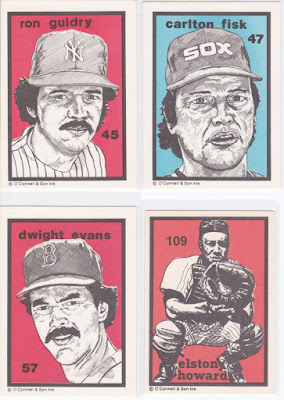 These go in my player collections.  The Elston seems to be cut to regulation size.  The others might be a challenge to fit in regular sheets.   Still need 79 BudH, 145 Vida Blue, 156 Lolich, 157 Palmer, 171 Keller, 193 Foster, and 204 Bo.  The checklist is interesting in that a lot of players repeat.  Some a couple times.  For example, there are five Mickey Mantles, three Stan Musials, three Nolan Ryans, etc.  150 Hall of Famers in the set.  And then there are guys like Don Mossi, Fernando Valenzuela, Jim Gilliam, and Danny Ainge.  All are ink rederings of what I believe are pictures from other cards. 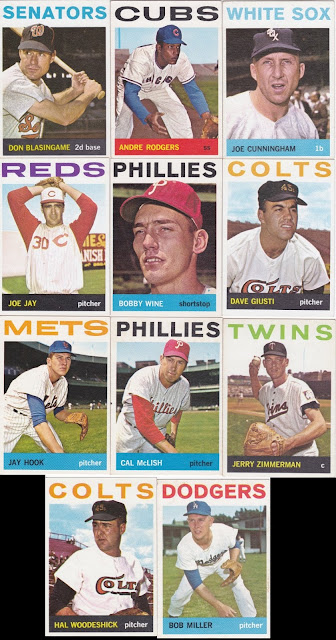 Killed a whole bunch of this year's inserts as well from my favorite insert vendor.  A lot of them were the retail exclusives.  Was able to convert my want lists for all of the series 1 inserts to "need" lists.  Series 2 is still largely "have" lists since I don't like to list out more than half the numbers, especially when there are 50 and 100 of each insert!
Posted by GCA at 10:12 AM
Labels: oddballs, old stuff, player collections, show loot