Made another trade with Bo of Baseball Cards Come To Life! recently.  Sent him some vintage baseball for a mystery amalgamation of Capitals cards, some hockey set needs, and a few more baseball variations. 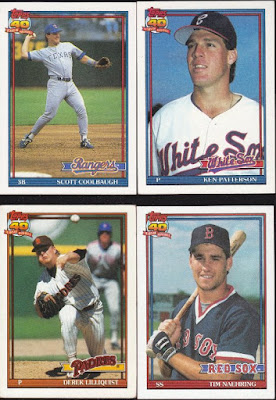 A few more for the 1991 Topps master base set.  Coolbaugh is missing the streak across his hat, Patterson had a photographic dermatologist treatment, Liliquist's "TM" is a variant size, and Naehring has a spot on his batting glove.  Some of these could be called printing flaws, but were significantly corrected, so to me they're worth getting. 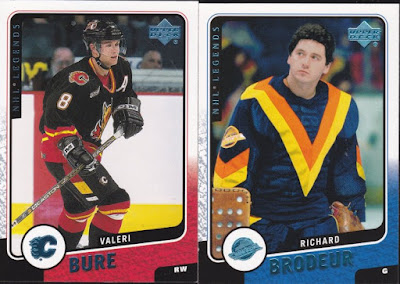 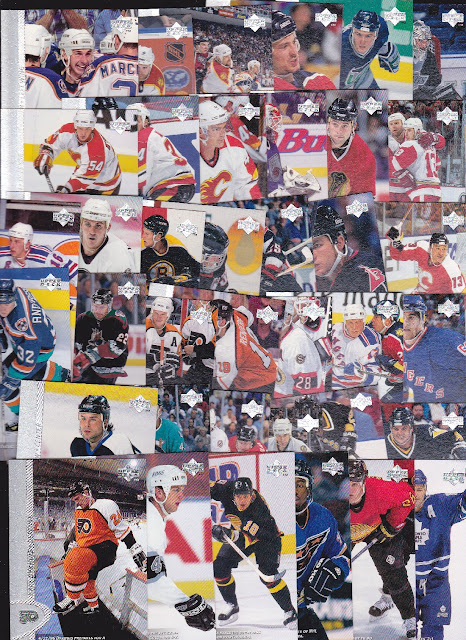 Then he knocked my 1996-97 Upper Deck flagship set down to two dozen, few enough that I put names on them. 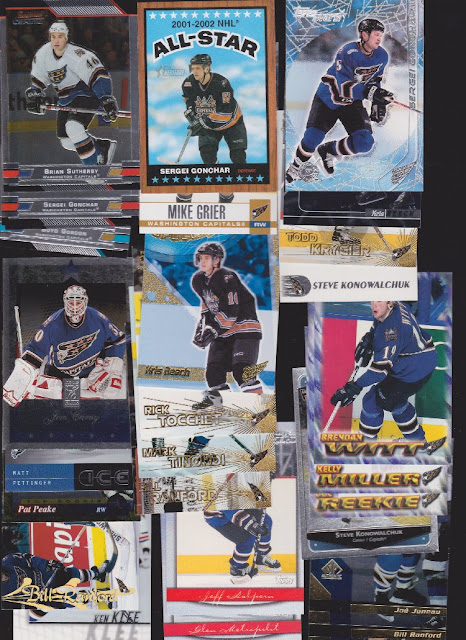 The rest were an amazing random assortment of cool, shiny, eclectic, and fascinating Capitals cards. 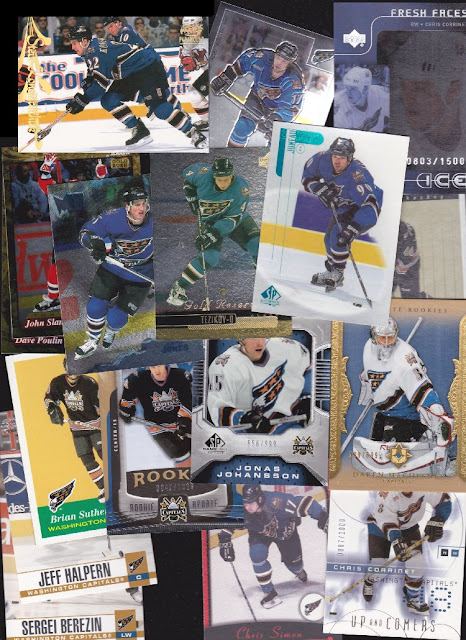 Except for a couple that I recognized the design from, I don't remember having really any of these. 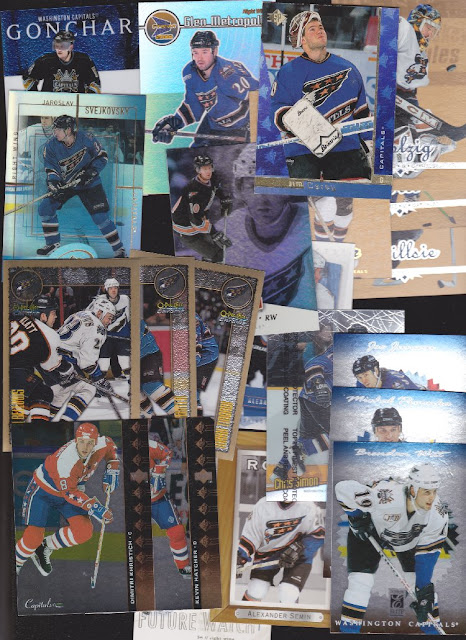 The tough part is going to be sorting them into my team collection box.  I had a few I was trying to put away just the other day and I found that what I thought were sorted correctly into the right years between 1994 and 1997 were all mixed up.  I can't keep the dual dates straight in my head and invariably mix piles together.  I started a document that is basically printouts of each major set by year so I can have a visual guide.  I was going by the stats on the back - and identifying each set by the year AFTER the last stat year - until I found a set that had the stats for the same year it was produced only as far as the All-Star break.  At that point I gave up and started the document.  Of course, sets like Finest have a few different looks to them, and most rookies are a variation of the base design too, so it still may not help.  I'll never be able to recognize hockey cards like I do baseball and football.

Anyway, thanks again to Bo Rosny!

Posted by GCA at 8:18 PM
Labels: blogger trades, hockey, How I do it