Continuing the tour recap from back in early August, we now go to our favorite cardboard repository - the "warehouse" in Clio, Michigan.  Thanks to Matt and his peeps at Collectibles Unlimited for allowing us access to their secondary site, which like I mentioned before is their "special inventory" site that they generously allow us to come and rummage through the literal piles and stacks for whole days.  Next time, if he's OK with it, I should take pictures of just the sheer volume that we saw.

So what did I come away with this time? 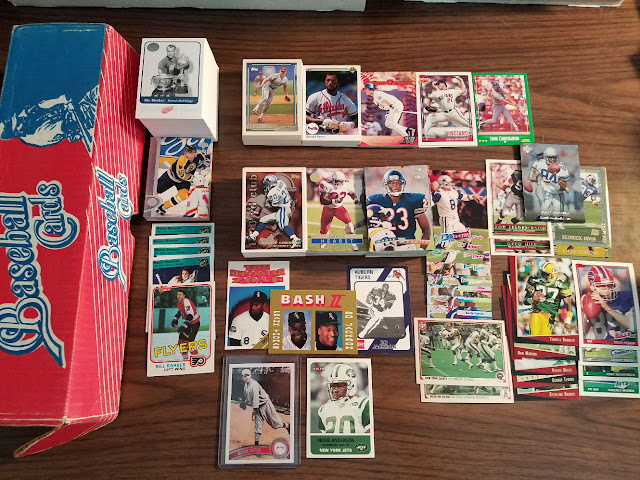 There's always a few extra boxes around, so we just pick one out and fill it.  I found one of those cool red and blue ones.  Great mix of baseball, football, and hockey.  Old variations, a greats set, Broders, vintage, lots of set hits, and some other oddballs. 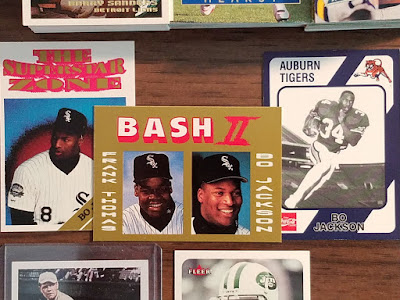 A couple wacky Broders of Bo Jackson.  The gold one is the third or so that pairs him with the Big Hurt. 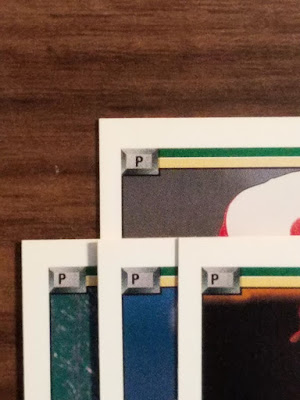 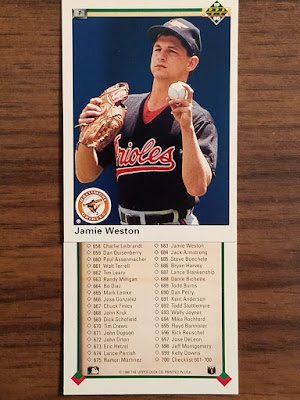 I had been itching to go back to Clio because I knew there were several boxes of 1990 Upper Deck that I hadn't checked for variations beyond the 101-199 copyright lines.  I was able to find several of the later numbered goofs like the offset positions, and "Jamie" Weston instead of Mickey, on his card (#683) and the checklist. 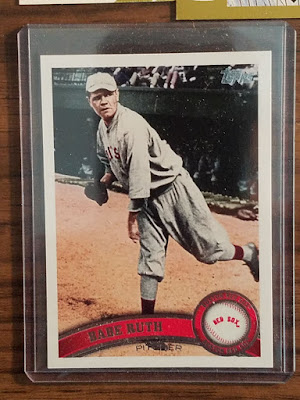 Nice snag on a 2011 legend variation of the Babe as a Bosox pitcher... 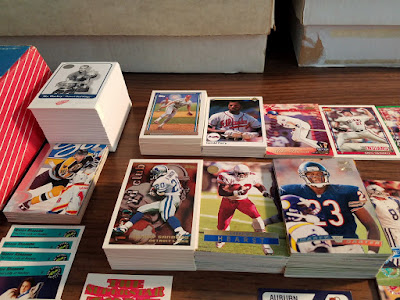 A little different angle to show the bulk stacks of the hockey greats set and '92 Gold Winners, 1995 Topps, '95  and '96 Stadium Club football, and '96-'97 UD hockey.  Manon Rheaume is peeking from the lower left corner - finished her six card intro to the Classic set. 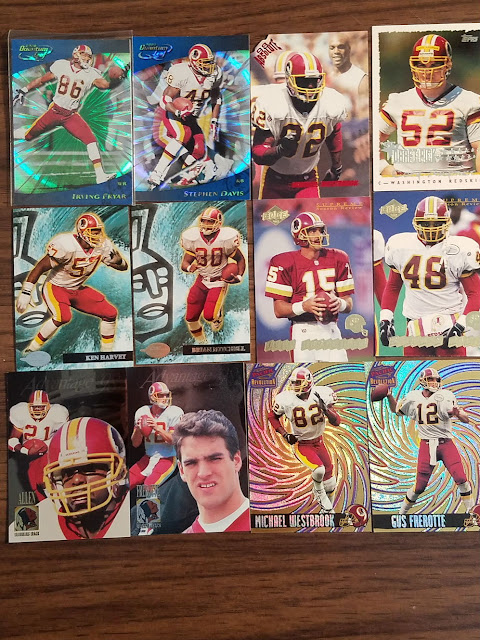 An uncropped look at the shiny and swirly Redskins I grabbed hoping I don't have them already.... 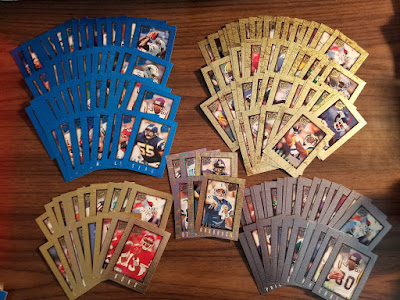 And finally, I hit the mother lode on 1996 Ultra Sensations.  Picked through my list of all four colors and even got some of the rarer rainbow golds.  These are one of my new favorite '90s football sets.  The gold are the basic issue, the blues are the next most common parallel, and then the marble gold and pewter.  None of them are serial numbered or of significant value, but I think they're cool. 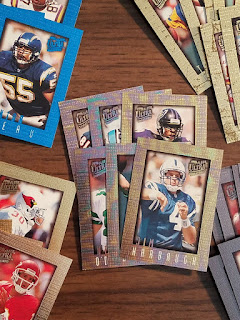 Nice way to sum up the selection at the warehouse - a rainbow of everything you might be looking for!
Posted by GCA at 11:01 PM
Labels: dealer purchases, favorite sets, hockey, junk wax, Multi-state haul, oddballs, parallels, pimpin' ain't easy, variations