Zippy Zappy from Torren' Up Cards stole the idea from Gavin at BBCBreakdown about posting up higher value cards that you have available for trade.  I can definitely jump about that bandwagon!  This is also a good way to kick off my future series of trade bait posts from the hoard of stuff I got, though those will be much more about quantity than high quality.

I don't really have too much to compare to the dollar figures these guys have been showing off, but I've got a few that are listed for some decent money.

For all these, I would much rather make an epic trade for one or a few valuable items.  I have been known to make trades for bulk singles, but I'd prefer some level of similar values for these.

First off, the oldest extra I have. 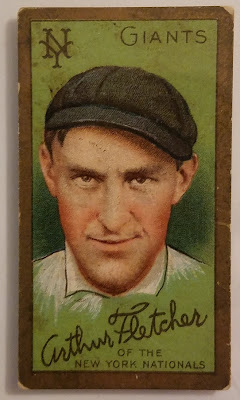 T205 Fletcher from my New York Giants team set.  I bought another one from someone on the Net54 forum for a good price, figuring it would give me one to trade for a different one later.  Hasn't happened so far.  (And I haven't actually been back on that site for months.)  It's the Polar Bear back (factory 6, dist. 0).  I generally buy the ones I have for about $40-60 each.  They're grade 4/10 or so for the most part.  This one is somewhere in that ballpark. 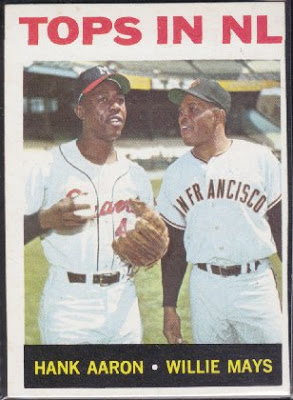 Bought a second one of these by mistake from a dealer that basically still goes "by the book".  So I'm in this one for $50.  Would rather trade for one or more of the star cards I still need for the set. 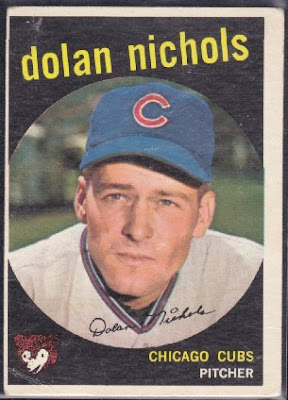 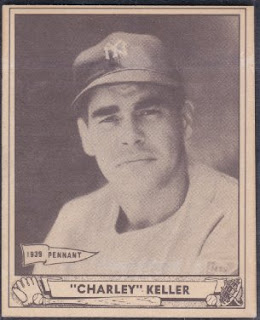 1940 Play Ball Charlie Keller.  This might be a triplicate, since I got two of most of his vintage cards when I first started collecting him for me and his nephew.  Either that, or I only got myself one and this is number two.  COMC has one for $28 and change. 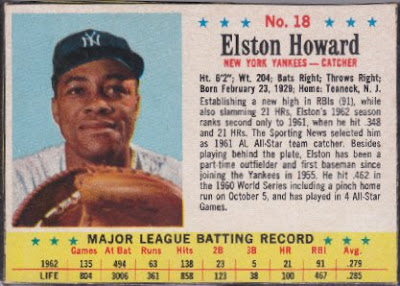 Duplicate 1963 Post Elston Howard.  Bought this blind during my Maryland to Michigan and back tour this year.  Guessed wrong.  My mistake is your fortune.  Listed at $18 to 23, but I got mine for much less. 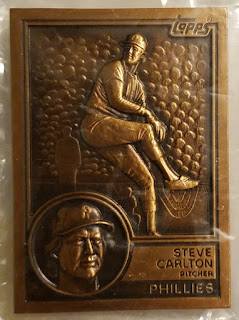 Magnified view of a wacky little item that showed up with a batch of cards I got for a bargain price.  This 1983 Topps bronze "medal" lists for $10 to 20 on eBay and Amazon.  It's got a fully detailed back too.  It's only about 7/8 of an inch tall. 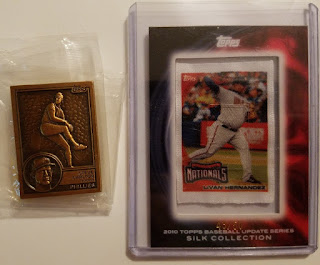 Here it is beside a regular top loader of the next item. 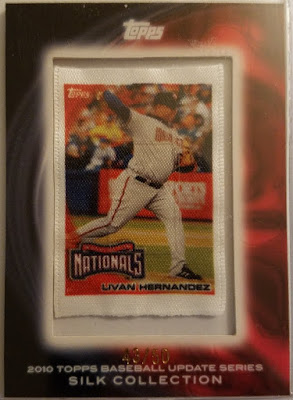 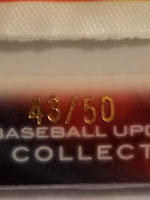 2010 Topps Silk Collection Livan Hernandez.  Another dupe that I bought thinking there's no way I already have one of these.  And of course I did.  Numbered out of 50.  Lists for about eleven dollars on COMC, and 15 on eBay. 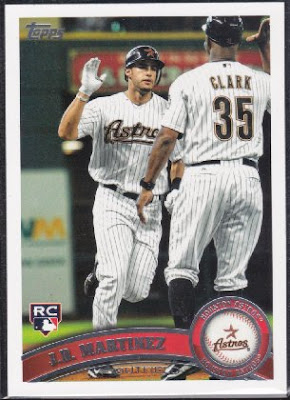 And finally, to jump on the "Regular Base Card Rookie" hype machine - 2011 JD Martinez base rookie.  This is the closest thing I have to a big name current player RC.  Goes for just under ten bucks that I've seen.

I will do another couple posts with all my GU and autos just to get them out there.  Then I'll start on the set-by-set stuff.  Have a big batch of low numbered 2005 Studio Portraits and inserts that will be a highlight of that series.  Stay Tuned.
Posted by GCA at 11:07 AM
Labels: Blog Bat Around, blogger trades, duplicates, old stuff, pimpin' ain't easy, short prints, Whatcha Need?