The blog header here has been the same for a couple years now, and since a few of the major blogs have had theme changes, I figured it was time for at least a tweak.

Originally, I thought I would keep up the Borg / Trek theme in more than just the look of the blog, but that soon fell to the wayside.  Was thinking I would analyze cards and products in the deadpan style of the Collective, but it would have become cumbersome and cheesy after a while, so I let it go.  The main concentration of "trekkiness" is in the banner.  It started out like this:

The background and colors were already established.  Then I found the cool cyborg font... 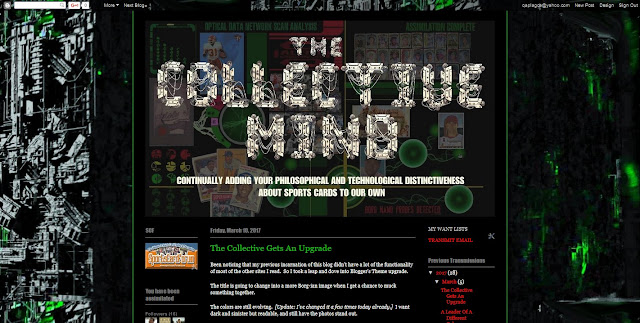 Here's a better look at the first background.  Tried to represent the major parts of my collecting.  Set building ('72s), Priest Holmes player collection, vintage sets, etc.  Then threw in some star cards and game used just to appeal to a wider audience, so to speak. 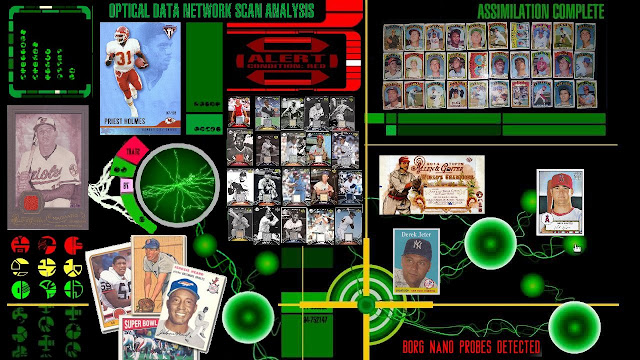 Went with that for about a year, and then changed the cards and computer controls... 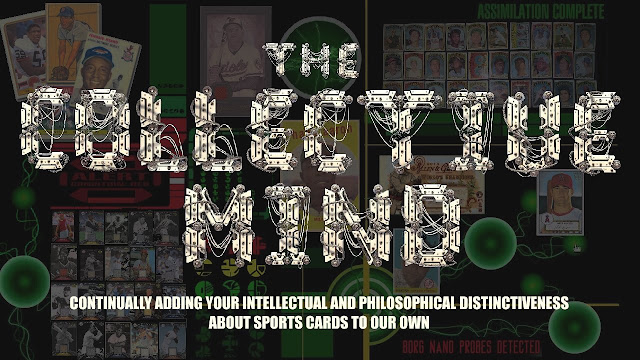 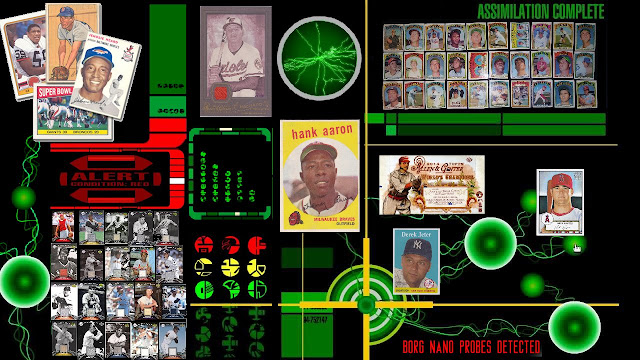 It was really just a rearrangement of half of the same items in a somewhat less random layout.  Turned out a bit less busy, but still keeps that "only a Borg could use it" look.

And then today did it all over again.  Was tweaking the color saturation and contrast between the titles and the background, and the cyborg font came out with a lot more depth... 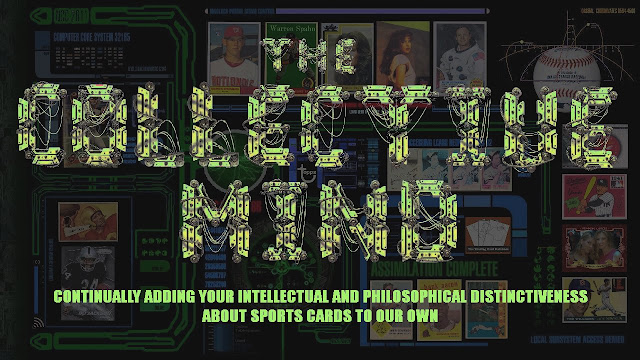 But I could only get it to be this pale green or whiz yellow, so I went back to the plain white you see at the top of the page.   I played around with saturation and luminance and got a couple other color combos that I may show later. 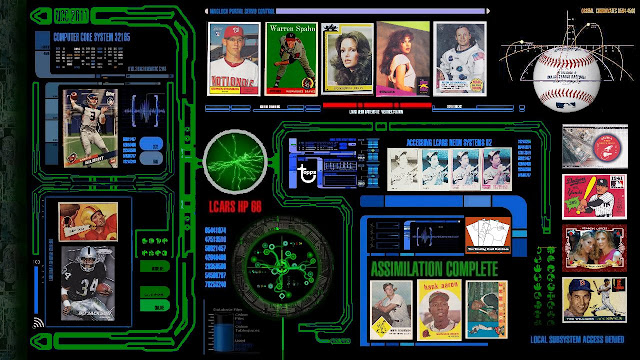 See if you can find some of the more subtle things.  There's the retro Topps logo (in place of an original skull), three representations of sets I've finished in the last year (listed as "Assimilation Complete"), and one of my custom Leading Ladies images.  There's the AAF card analysis on the left - computer is trying to compare it to NFL heroes.  And the hotness detection up top, 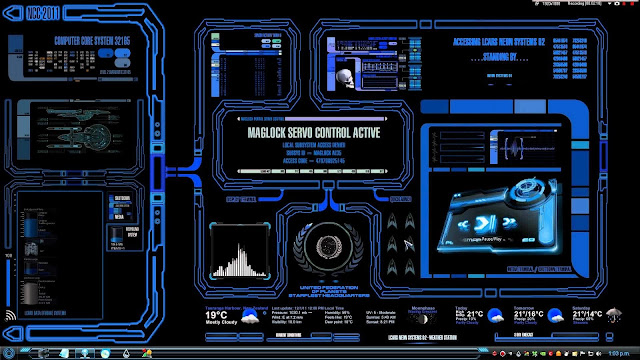 Major pieces of the techy stuff came from this image I found.  Converted some parts to green to match the other stuff and the background colors already on the blog.  (Not that it matches well, though).

I'm still wondering if I should mellow the white post body text a shade or two.  Looking at Night Owl's new theme, it's very easy to read the posts. (Just not easy to read the preceding posts from the top one).

Should I keep this white text?  Or mute it down a little?  Or a lot?

How about the banner?  Stay with the bright titles or try it with some color?
Posted by GCA at 9:15 AM
Labels: Blog milestones, excuse to show pretty girl, How I do it, pimpin' ain't easy, Trek, upgrades