Of Heroes And Patriotism

Was lucky enough to be on the receiving end of one of the packages that Greg the Night Owl sent out recently.  Some of the contents were very timely, arriving just before Independence Day. 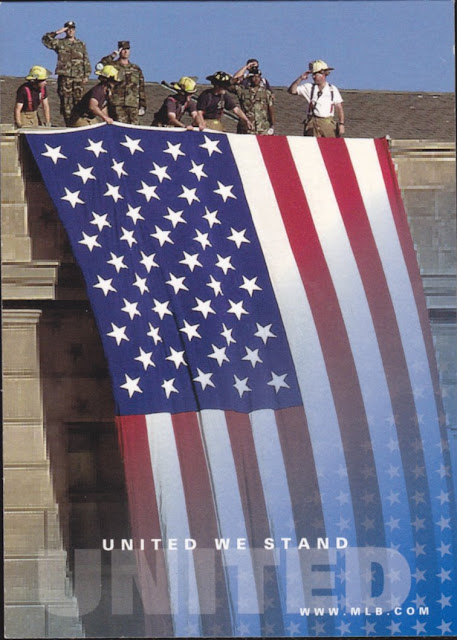 This is one of two 2001 Topps United We Stand inserts that were issued after the events of 9/11 (2001).  The flag flying over the damaged Pentagon wall honoring those who perished in the attack on Washington, D.C. that day. 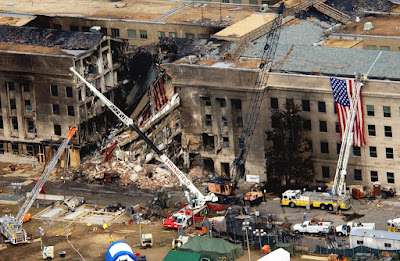 Here's a wider view of that spot just after the tragedy. 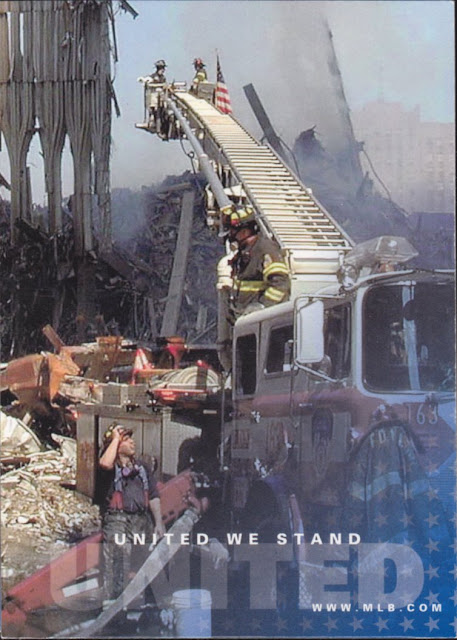 The other UWS card is a shot of Ground Zero at the World Trade Center in New York. 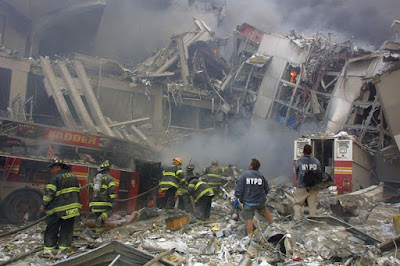 Just last weekend, I visited the site of the result of the third attack that day, the Flight 93 memorial in Shanksville, PA.

A wide view of the grounds, with the wall to the right, the point of impact marked by the boulder in the middle, and the walkway that borders the sacred ground of the crash site. 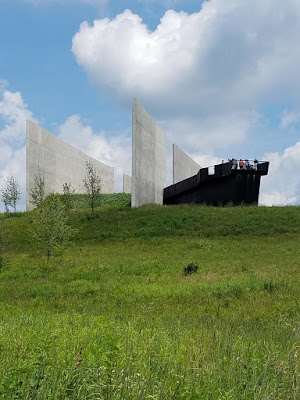 This is the overlook platform just beyond the Visitor Center at the top of the hill. 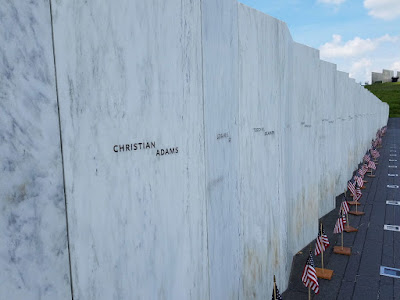 The wall with the names of the 33 passengers and aircraft crew. 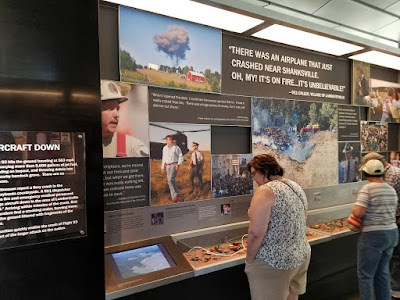 And a shot of one of the displays inside the Visitor Center.

I'll do a more complete post about that in the near future.

And just so this doesn't become more about 9/11 than the 7/4, here's another card from N.O. with a little more triumphant spirit to it. 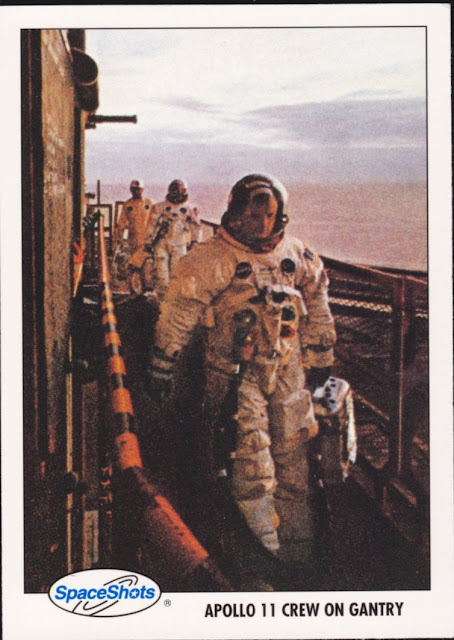 Neil Armstrong setting off to unite the world as they watched him set foot on somewhere other than Earth.  An amazing accomplishment that still blows my mind when you think of the level of technology present in 1969 when they pulled it off.

I don't consider myself a really spiritual person, but my sense of patriotism is very strong.  It's almost the strongest emotional force that I can be motivated by of anything I can think of.  There are a lot things about this country that are annoying and cause a lot of conflict between people.  But I wouldn't want to live anywhere else.  I'm not a very competitive person, nor am I overly motivated to be that "type A" go-getter who spends a lot of time gnashing their teeth to achieve as much as possible all the time.  But I could see myself becoming highly energized to combat an attack on our freedoms in this country.  I actually tried to become a soldier once, but a severe case of pneumonia at the wrong time messed that up.  At the time I discovered my path was elsewhere, but I still have an appreciation for the fighting spirit in defense of the flag.

Enjoy your celebrations with family and friends on the Fourth.  And be safe with the pyrotechnics, please.