The Baseball Hall Of Fame inductees have entered the era of the 90's, which means to me that a lot of the names that will appear on the ballot are guys that I don't have much of an attachment to or a great level of knowledge about.  I see them on plenty of cards, but didn't watch a whole lot of baseball at that time (that I can remember now), so I have a very small frame of reference to who did what and how well.  There are a few names on the "old-timers" list that may spark a more heartfelt response, but the more modern guys just don't register that strongly with me.  It parallels my feelings about the cards, really.  A lot of us have or will be turning toward vintage more than current products and it's because the old guys were just regarded with more reverance.  I imagine it's because you're younger back then and had a much greater sense of awe about great players.  Then you grow up and start working and see that a certain percentage of them are spoiled babies and have more attitude than talent.  And you pass them in age, so they become young whippersnappers earning many times what you ever will.

Anyway, for what it's worth, here are my thoughts on the current class. 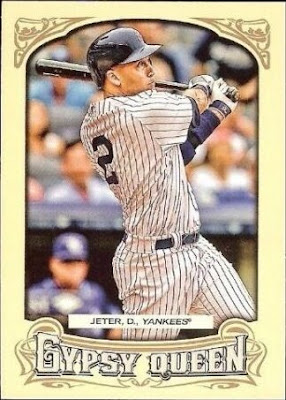 Even though I'm an Orioles fan, I like Jeter.  Ok, a lot of it was the hotness he dated, but that's another article.  He was never in the sports news for mouthing off, or being obnoxious towards other players, fans, non-fans, reporters, or anyone else.  He had a consistent career and won several championships. 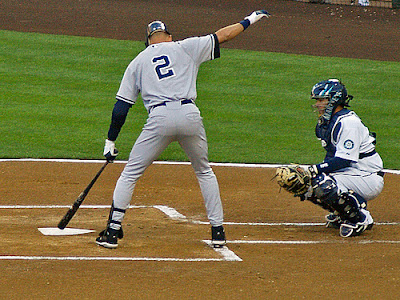 He had a few quirks, like the hand to the umpire at the plate.  Not sure if he originated that, but he was known for it.  Was it that he was such a superior player that he could order the ump around like that?  I never quite understood that whole dynamic.  They have clocks for batters now, and he was telling the ump "Hang on a sec while I settle in here."  Uh, Okay...... 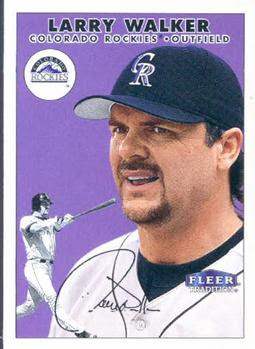 Not a whole lot to say about Walker.  I'm sure his numbers qualify him for election.  I basically consider Walker and Todd Helton to be a set.  Whenever I would go to Sporcle and do sports quizzes, I'd always answer with both of them consecutively.  Big hitters in purple uniforms.  Nothing bad to say.  That's really all I got.  I've probably got a lot of his cards to trade in the hoard I posted about last time. 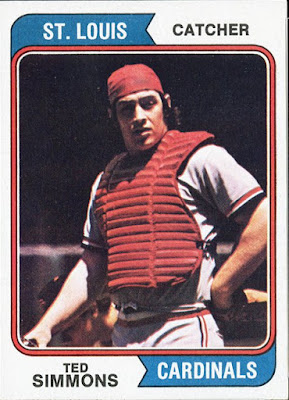 Another guy that I really haven't studied.  I remember as a kid seeing his cards come out of packs (not quite as old as the one above) and saying "He was pretty good."  He and Garry Templeton were the two guys on the Cardinals (before I knew much about Keith Hernandez) who were the stars besides Lou Brock, who was really from the previous era.  Catchers are always more noteworthy, so Simmons had the advantage in that respect.  He also seemed to me to be more likely to be seen away from the ballpark riding motorcycles and smoking cigarettes than a cleaner cut guy like Johnny Bench.  Mostly just because of the hairstyle. 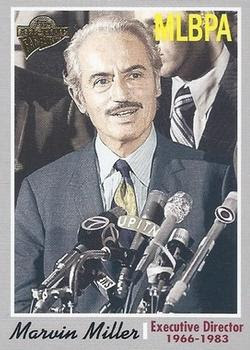 This is the guy that was the Director of the player's union who brought about free agency.  No question he is an integral part of the story of the sport.  It's gratifying that they recognize people that impact the game in other ways when they come along.

So that's my big review of the HOF class.

A couple notes on non-inductees:

Surprised a couple guys got immediately axed for lack of votes their first year - Cliff Lee, Josh Beckett, Alfonso Soriano.  Figured those guys would hang for a few years just because they had some star power - at least that I saw.

On the Golden Era Ballot, I hope Gil Hodges makes it in soon.  Would also like to see Minnie Minoso and Luis Tiant show up at some point too.  Not sure if their numbers would compare, but they're two of my favorite players, especially El Tiante.
Posted by GCA at 8:29 PM
Labels: Baseball History, commentary, The game in real life