Another chapter of the compendium of cardboard consumerism that I brought on myself last week.  Here is the second of two SportLots purchases I made. 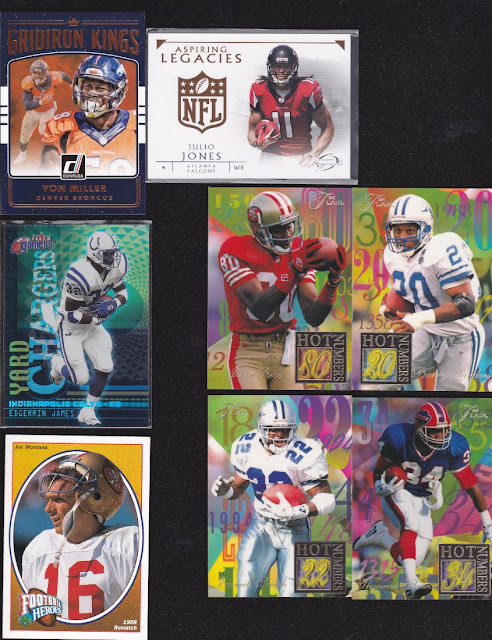 Starting off with gridiron greats.  One more off the neverending list of 2016 Donruss, and another insert down from 2013 Topps Legends.  Those Hot Numbers from 1994 Flair started off with a few in a box of stuff I got.  I thought they were cool looking so I put 'em on my want list.  I don't even have the regular set built or started.   Montana puts me down to the ever elusive no-number header cards for his and Joe Namath's Heroes series. 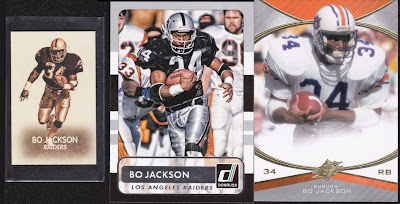 A few more for the post-career section of the Bo binder.  That mini is from Topps Magic and is a tribute to a 1949 design apparently.  Looks like they did them in 2009 and 2012 too with a slightly different look. 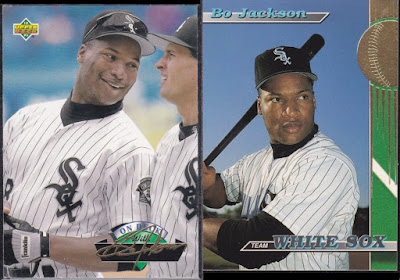 A couple Bo baseball.  I'll be shocked if these aren't dupes, especially the On Deck.  I know I've seen them before.  Probably just slacking on keeping my list up to date. 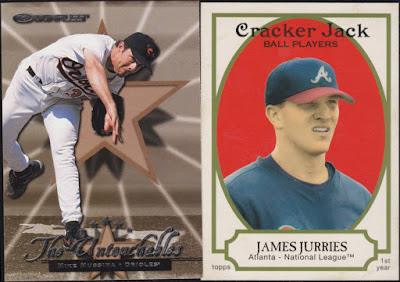 These are the only two set hits for baseball in this order.  Keep that Untouchable Moose in mind.  At least Donruss put the whole word on one line and didn't have to remember to include a hyphen. 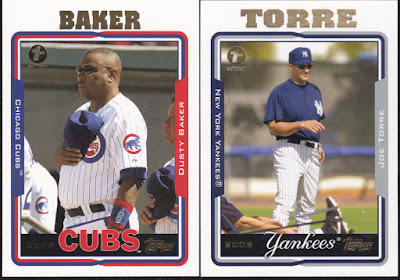 A pair of manager PCs frome the 1st Edition version of 2005 Topps. 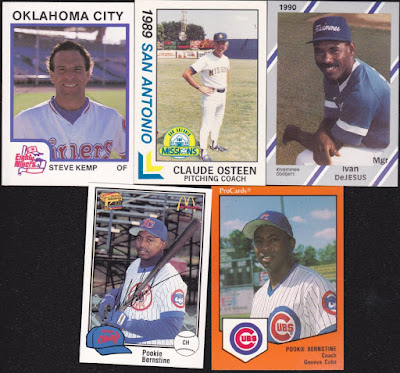 Some more Coaches, Managers and minor league players that I PC.  That's my second Kodak Pookie.  I'm an idiot. 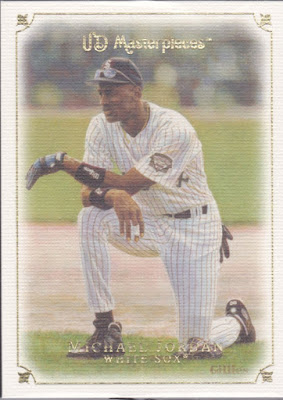 A Masterpiece for the Michael Jordan collection, which is made up of him only in black and white uniforms with hats.

Three Julio Francos.  These are a bit off the flagship path, so they're needs. 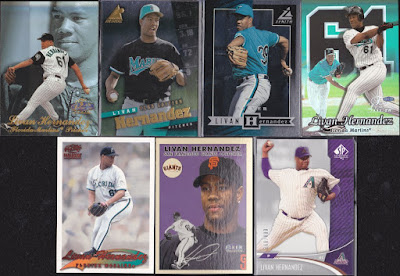 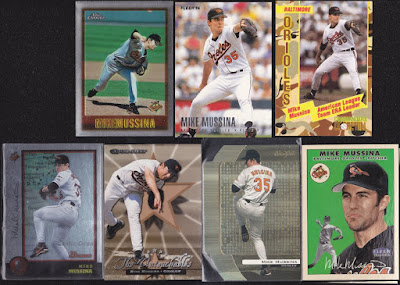 A herd of Moose.  There's that Donruss again.  I needed one to narrow my set down (to the Jeter Hit List card), and one to fill the slot in his PC binder. 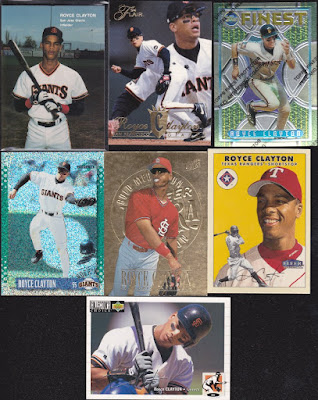 Seven Royce Claytons with him on only three different teams.  Some nice shinyness. 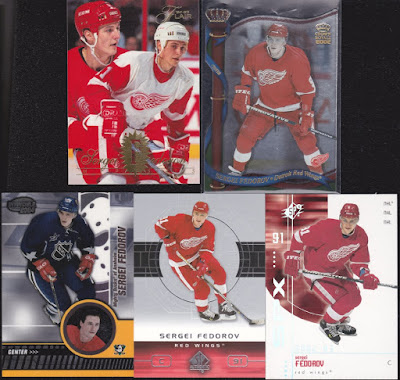 And last, some hockey cards of my one PC for that sport.  Sergei Fedorov.

Not bad for about a blaster and ¼ and a couple evenings work.
Posted by GCA at 8:00 AM
Labels: dealer purchases, hockey, mailday, player collections