Set Course For The Lenticular System

Another shop visit, another starter set.  This past weekend, I spent a whole day at Rocky Ridge Collectibles several miles west of home.  Got there at about 11 and stayed until closing at 5.  Nothing but sifting through quarter, 50¢, and dollar boxes for the most part.  Somehow, I skipped over photographing all the loot I brought back, but I can show you the next vintage set I've decided to pursue. 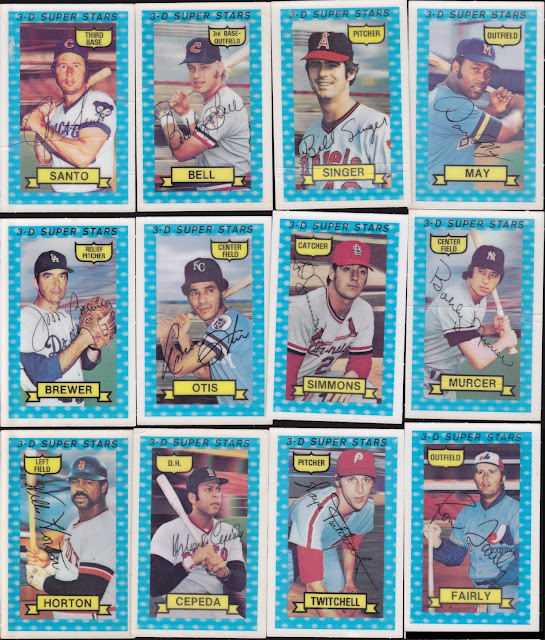 Besides the 1970 set that I knocked out a couple years ago, I've only recently delved into completing sets of Kellogg's 3-D cards.  The first was a lucky find from a neighbor of a few key 1972's.  This time, I found a whole box of Kellogg's in that shop and put this lot together.  It's mostly 50¢ singles, with one at 75¢ (Horton) and five others for a buck a shot. 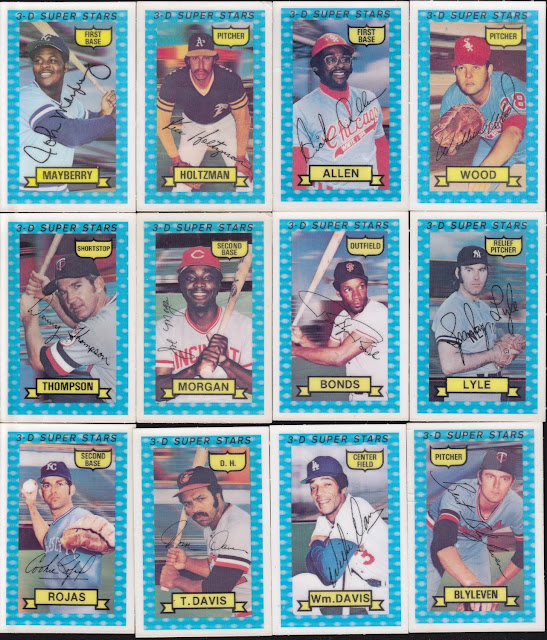 There are a couple decent HOF'ers in here.  Morgan, Blyleven, Santo, etc.  I like how Tommy and Willie Davis are almost next to each other (they're a few cards apart in the checklist).  There are several of my player guys in here too, so I'll be comparing those specimens to these and putting the best ones in their binders. 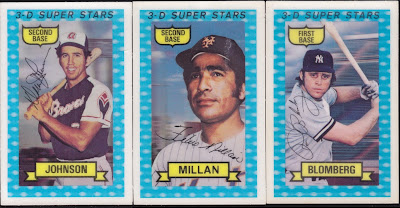 These three round out the set lot.  A few noticeable, albeit minor cracks in a some of them, but at these prices, I'm very satisfied with the condition. 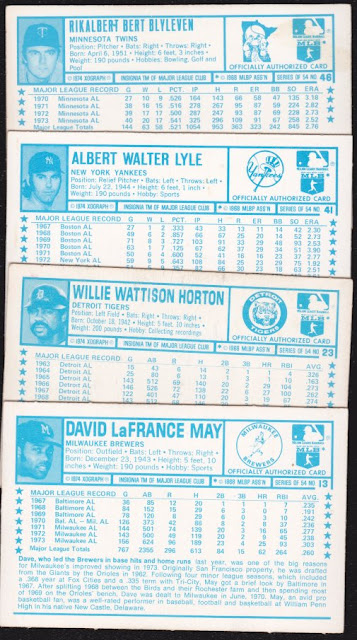 Full names on the backs.  Some of those middle names are interesting.  Sparky is one of my PCs, but the other guys aren't as familiar.  I had a Dave May for a long time and just recently traded him away. 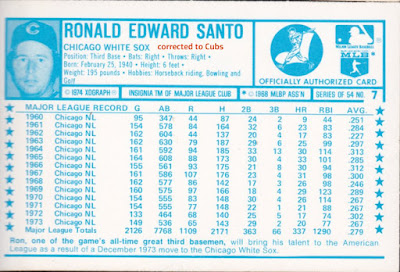 There are three variations in the '74 set.  I got one edition of each.  I put little notes to show what the differences are.  From what I read, none of the versions are really that scarce. 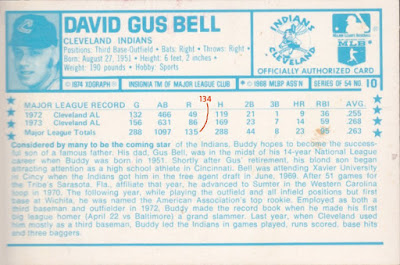 Buddy and Wilbur are stat variants.  Guess they fat-fingered the numbers the first time or recalcuated later. 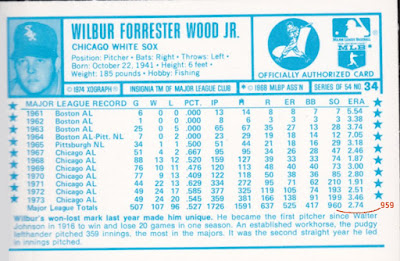 Not too many huge names to look for - Ryan, Gibson, Reggie, Bench, Carew, Rose, Seaver.  My want list goes like this: