Hanging 'Round My Trade Bait Pile

Figured I should add scans of the trade bait from the two hanger boxes I got last week.  I really only netted one card from both hangers - a 1960's Decade's Best '69 Mets team.  Oh well, $20 for the cause I guess. 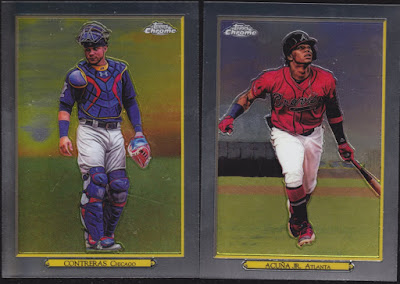 We'll start things off with the two Chrome Turkey Reds.  Nice to get Acuña for trade bait.  (That's Alt+164 on your number pad to make the ñ)  I can never understand the logic in chromifying older style cards.  Metallize 90's designs, not the vintage stuff.  Though I guess a lot of those used foil and mirrorboard all the time anyway. 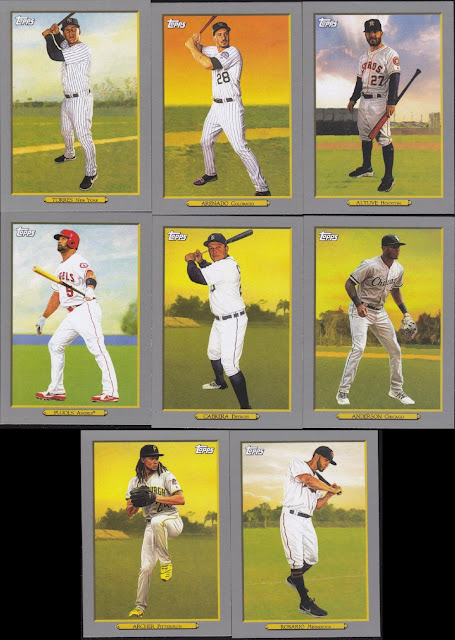 Some very popular names in these turkeys, I mean, Turkey Reds.  I think these work better as oversize cards like they were originally.  The names are too hard to read when the frames are shrunk to regulation size.  A lot of these look like the photographer took the player out to a golf course with all the trees and unmarked grass.  Those aren't baselines, they're cart paths!  At least Altuve has a stadium behind him. 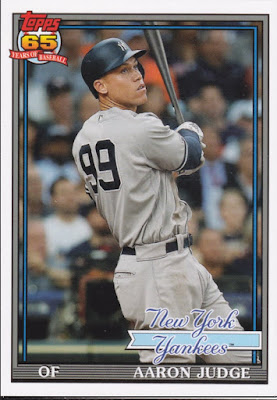 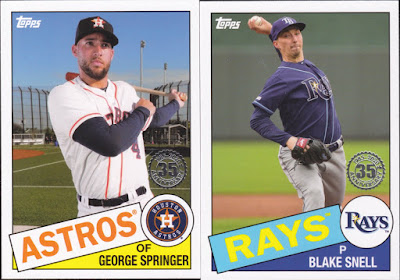 A couple more '85s for those inclined to quest for them.  I think Topps was rooting for the Astros in the post season last year.

I didn't notice the "RHYS" in the background until scanning these.  Otherwise, I actually like the look of this series.  These are #4, 5, 12, and 30.  Which lead me to say "There are frikkin' thirty of these things?!!"  Bryce Harper's original Highlights set in 2017 Update was only 20.  Looks like all the guys since then (which I've completely ignored) have had 30.  Geez, these guys only play for like a year, how do they get 30 highlights in that short time?  Hype machine in full throttle, I guess.

Anyway, if you need any of these (and any from the previous post), hit me up.
Posted by GCA at 9:47 AM
Labels: Believe the Hype, commentary, retail purchases, ripping wax, set bloat, trade bait, Whatcha Need?