Spent the weekend visiting my best friend William in Delaware.  We tried to go fishing on his pontoon boat in the bay, but the wind and choppy seas cut that short.  Nice day for boat rides, but not for catching fish.  His crab pots did yield just over a dozen. 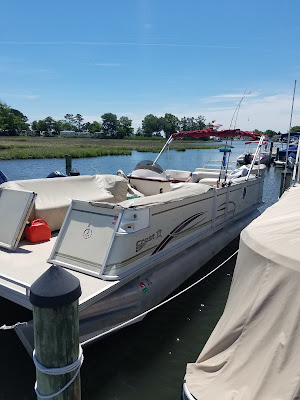 So Sunday, we ventured down to Bethany Beach to walk around the shops, especially Bethany Sports Cards and Collectibles. 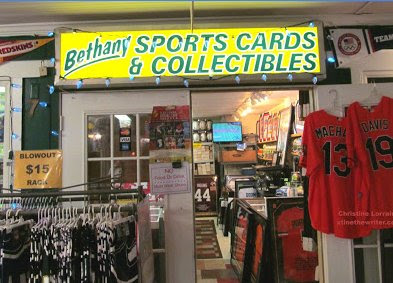 The first two times I was in there, they had some boxes of mixed baseball, Yankees etc. that were largely late 80's & early 90's. At one point there was a huge stack of starters or sets of 90's basketball.  Didn't find much either time.

This time, though, the boxes of mixed singles were still there, but there was a good deal more.  On top of a double stack of shoeboxes that I didn't examine real closely, there were two binders. 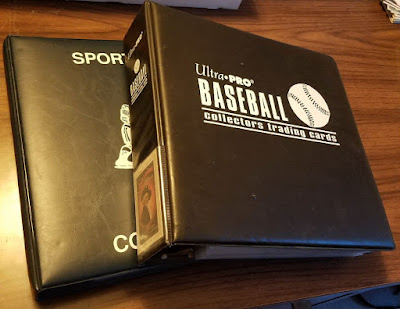 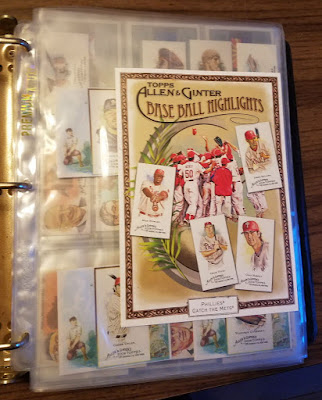 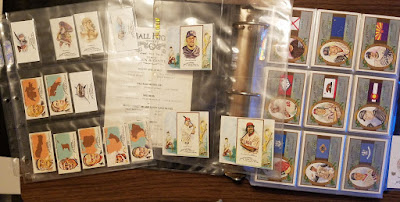 There are mini inserts - a couple from most all the sets, as well as the full size ones.  The majority of the "United States" state flag inserts are present. 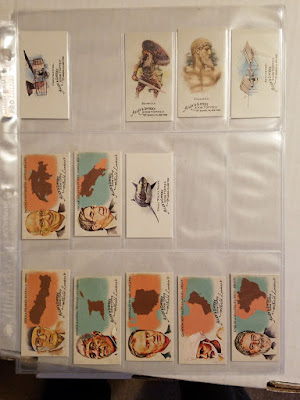 A better look at the minis.  These I'll be building. 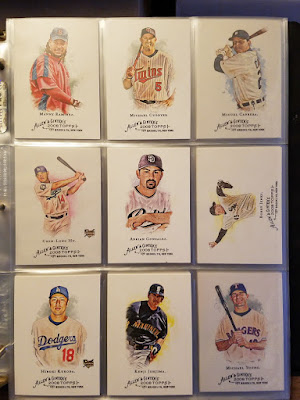 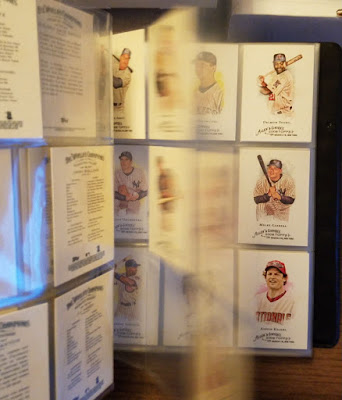 Flipping through the base set, it's the better part of the base, and plenty of short prints, though there are a few big ones missing, but some of the name players are there.  No Kershaw, so he's the key fugitive. 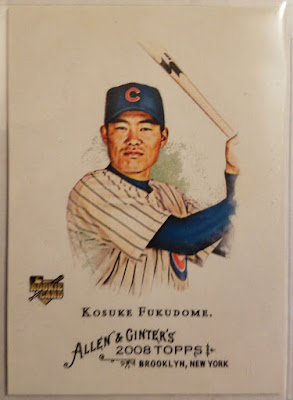 The unnumbered Fukudome was up with the couple code cards and the inserts, though!  Sweet. 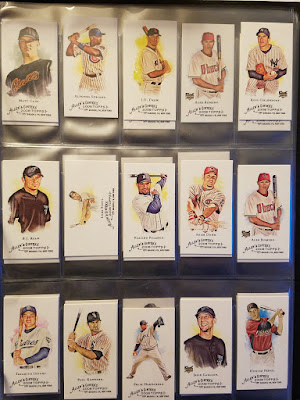 Then in the back, my favorite trade fodder - the minis.  In no particular order, they're just kinda stuck in there. 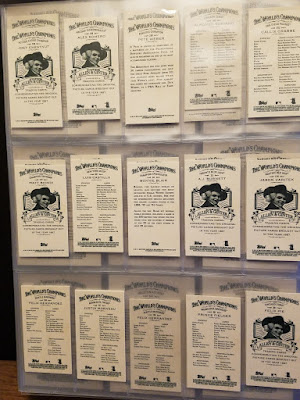 With a few black borders as well.  Ol' Kaz Fukumori (???) is unnumbered too.  All the minis are available for trade.  There are two and a half pages of the regular/A&G back ones that I can list for you.

I asked the gentleman behind the counter what the pricetag would be for the binder.  He deferred me to the owner, whose number was listed on their business card.  We left the shop as I called him since William wanted to see something elsewhere.  I called and left a message with Tom the owner.

He got back to me shortly thereafter, and apparently had spoken to the guy in the shop with the price, but I had stepped away already.

He told me "There are two binders there.  Ten bucks for both."

The binders themselves are basically worth that!  The second binder was really just a throw in and the contents are available to anyone who is interested.

It's a 210 card set of 1991 Impel Disney cards with about double that many extras as well.  No holograms, but plenty of minty fresh cards. 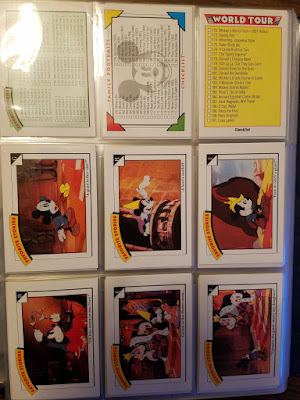 The set has three sections.  The first is Favorite Stories, which appears to chronicle a lot of well-known cartoons. 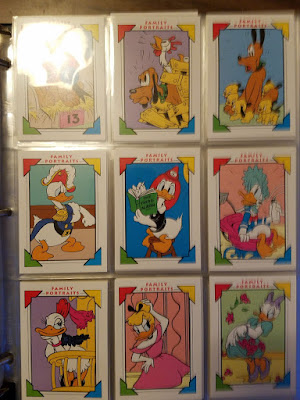 The second is Family Portraits which highlights all the major characters.... 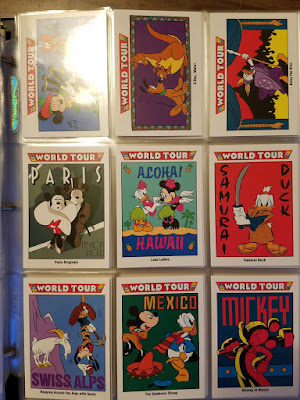 And the third is World Tour, that shows the Disney favorites showcased around the globe.

Like I said, these (and the A&G minis) are available.  I'll even send the Disney cards in the sheets if you want the whole set or entire lot.  Or if you just need a few, I can split those out too.