Attack Of The Clones in Boston

I've only been casually watching baseball so far this season.  It usually takes until the hockey playoffs are over to get me in the groove for watching games every evening.  But I did manage to catch the Orioles game on Jackie Robinson day, April 15th.

The start of the season has been a cold (and wet or frosty) one so far.  Lots of games getting postponed and ruining the extra days off planned later in the year.  They were OK to play Sunday, but it was quite cold.  Some of the Orioles players bundled up while they were on the field.  I took some quick shots with my phone off the television. 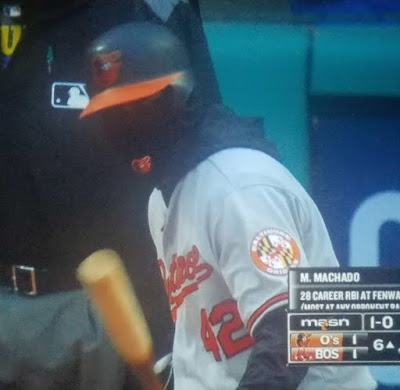 Craig Gentry was on first at the time. 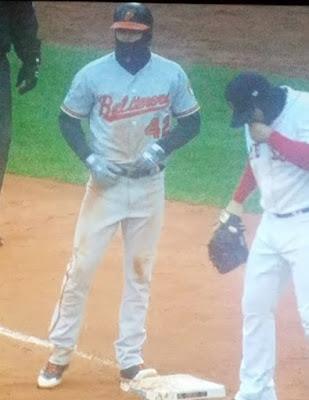 Machado (?) grounds out and Danny Valencia comes up.  At least according to the tv crew. 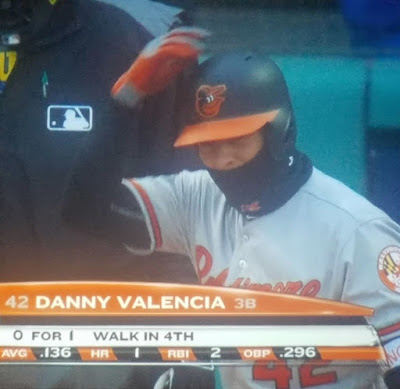 You had to keep track carefully....

Later on in the game, a ball was hit to left field and chased by Trey Mancini. 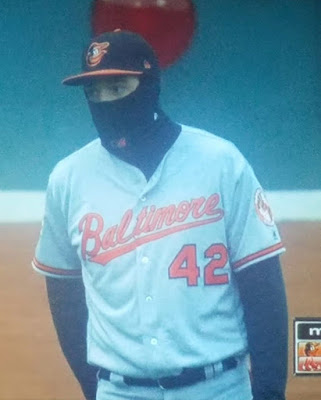 Or at least we think it was him.

You see, on Jackie Robinson day, everyone wears #42 and nobody has their name on the back of their jerseys.

So there's not a lot to go by to tell them apart.  I found this amusing, as did Gary Thorne and Jim Palmer calling the game... 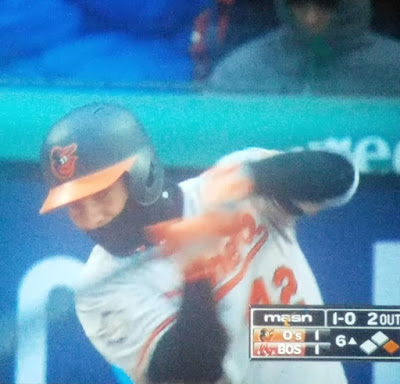 The Baltimore Ninjas lost that game and then disappeared out of town. Very quietly.
Posted by GCA at 8:54 AM
Labels: silliness, The game in real life