Blog Bat Around: The All Autograph Team (Personalized Edition)

Welcome to my second edition of the Zippy Zappy inspired All Autograph Team.  This time, I'll try to put up a full lineup with only autographs that are personalized to me.  Only cheated on two of them.  These are (almost) all signings I got in person (a couple by proxy) and have my name on them. 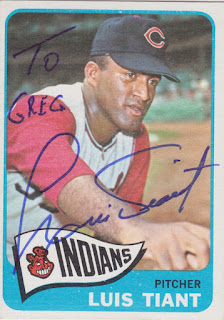 My favorite player collection guy, though not my favorite interaction.  I think he was just having an off day.  Card came out nice though. 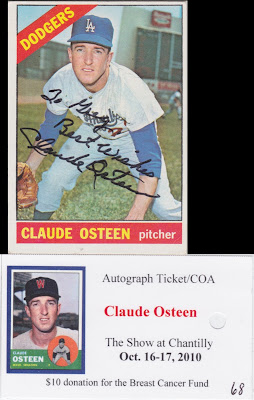 Really nice man.  He looked very frail when he signed for me at Chantilly.  Looked it up just now and from what I can tell, he's still around.  He could still sign just fine, though.  Kept the ticket too. 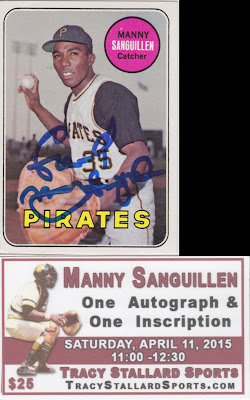 There is almost no cooler dude than Manny among retired fan favorite players.  And he might be the only one I've ever taken a photo with.  Someone behind me in line took my phone and snapped our picture.  I won't show it because the lighting makes me look like a ghost.  Had to buy a 2nd '69 Manny onsite if I remember. 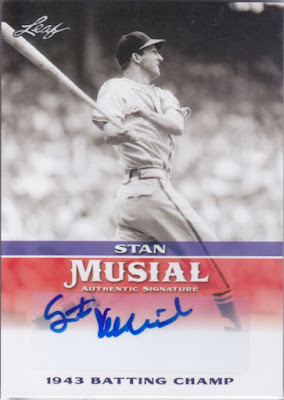 These next two aren't actually personalized.  But I figured an auto that I pulled from a pack myself was the next best thing.  Stan "the Man" left his family pounds of sticker autos, and a lot of them showed up on this Leaf product from 2015.  Still not a bad thing to have an auto of such a legend. 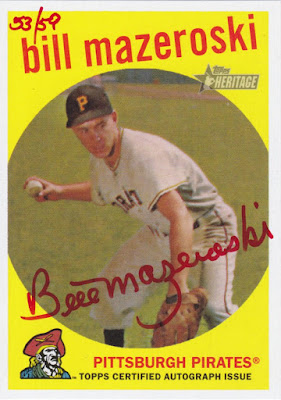 Again, pulled by me, but not addressed to me.  This is one of the best autograph pulls I've ever had.  The red ink edition from 2008 Heritage.  Only the last few out of the 59 were red ink. 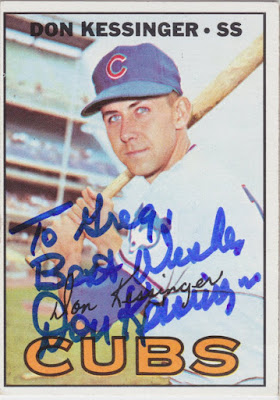 Borrowed my buddy Stuart's '67 Kessinger to get signed at the National in Chicago and later sent him my copy from home.  Kessinger was really friendly and personable. 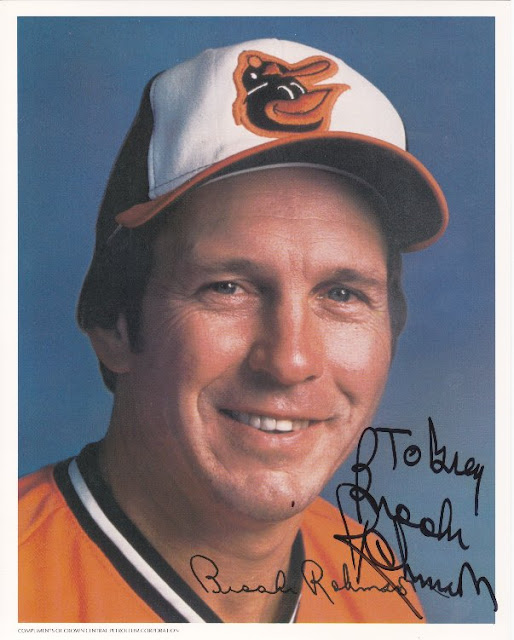 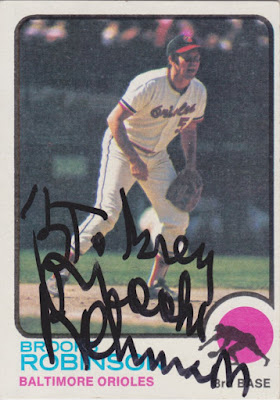 These are the oldest autographs I have.  Got them at a Crown gas station in downtown Frederick, where I lived, in the early 80's.  Brooks signs everything, so I don't know that his auto is real valuable, but you can't discount the HOF status of his playing abilities.  A true legend in the Maryland area.  The big one is an 8 x 10. 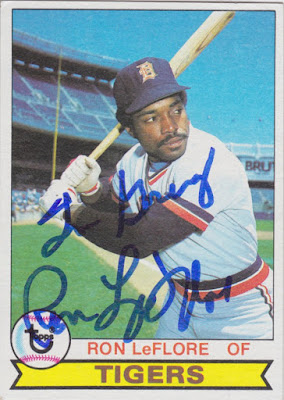 A fellow collector from SCF took my '79 card to his signing on the last day of the National a year or two ago.  Was there for the first few days, but we had to leave before LeFlore signed on Sunday.  Came out really nice.

These other two guys aren't player collections of mine, but were VIP signers - which means free - so I went for it. 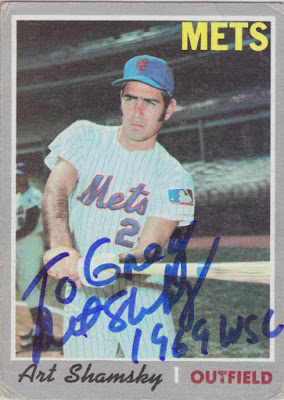 Must confess, I didn't really know of Art Shamsky before he showed up at the convention, but he was cool. 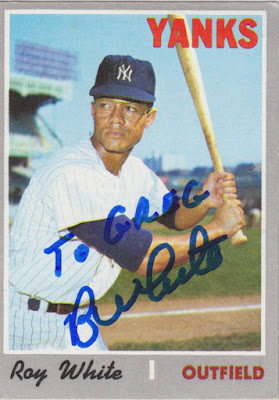 White was also signing at the same National, so I pulled both cards from my '70 set.  He hadn't changed that much over the years.  Unfortunate that the card says Yanks.
Posted by GCA at 4:51 PM
Labels: Blog Bat Around, My stuff