Wrapping up the Chantilly haul with the good stuff. 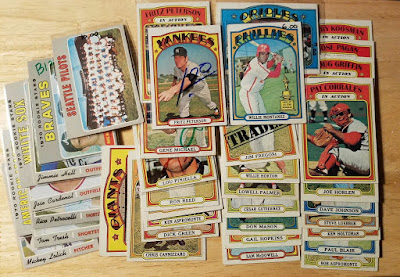 I've been targeting 1970 and 1972 Topps for completion for about a year.  The first dealer I went to on the 7th of April had what was basically a whole set of '72 in a binder.  I picked out all but three cards from my lists between that guy and Uncle Dick.  I've since gone through my binder and found a couple gremlins, and picked up one more, so I'm at four plus a variation and an upgrade.

Picked up Pat Corrales at the Greencastle show on the 15th.  Not sure if I'll post about that one or not.

Also knocked '70 down to what ended up being two cards.  Mike Epstein (#235) - not sure what happened there, and, rather appropriately, Oscar Gamble's rookie trio with Boots Day and Angel Mangual (#642).  Could have paid $10 for one, but again, my set isn't that nice to justify it.

Moving on, I also knocked off some from the new '68 set build.  Couldn't wait to get started on them even though I professed to wait until I had completed one of the other sets I was close on. 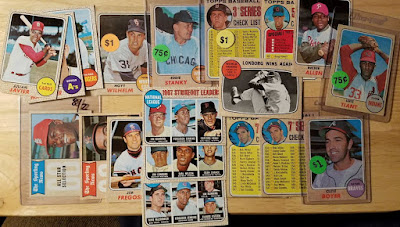 Started to go through the binder of these with the first guy too, but decided to wait and just pick up a few stars and checklists, including a variation pair.  Cherry picked some of the others that were nicely centered.  Tiant and Fregosi may swap with my player collection specimens.

Found some nice '63 Fleers to add to my set as well. 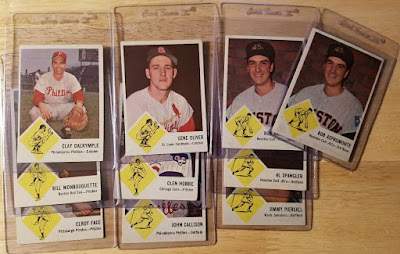 Got them all from a different vendor than the rest, but still somehow managed to get two Aspromontes.  Guess it's just a requirement that I buy dupes at this point.  If you need one let me know. 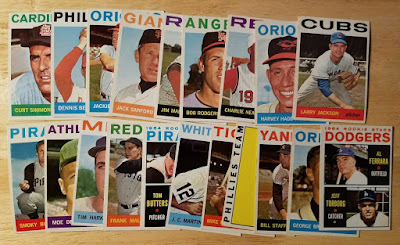 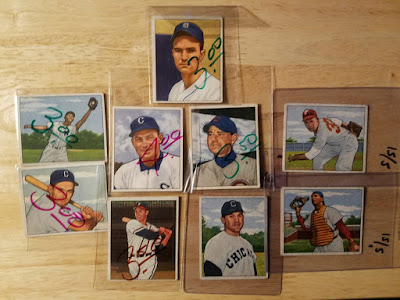 Some really great '50 Bowmans for even less than I've been finding them for.  Uncle Dick had the ones with the color prices in the discount boxes.  I feel like I've bought so many of these, but I'm still not even close to closing out the set, or even just the common guys.

Now I'm down to three.

And the usual suspect for the last one is off the list.

One of his better cards.  And only a little discoloration in the red background.... 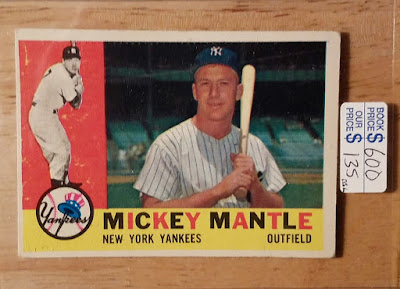